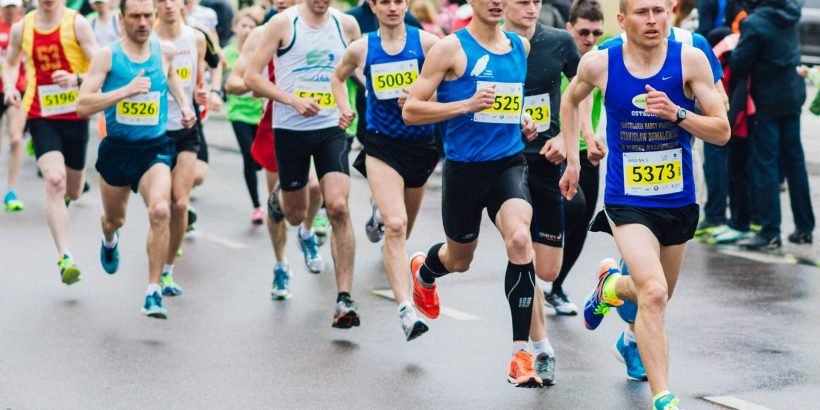 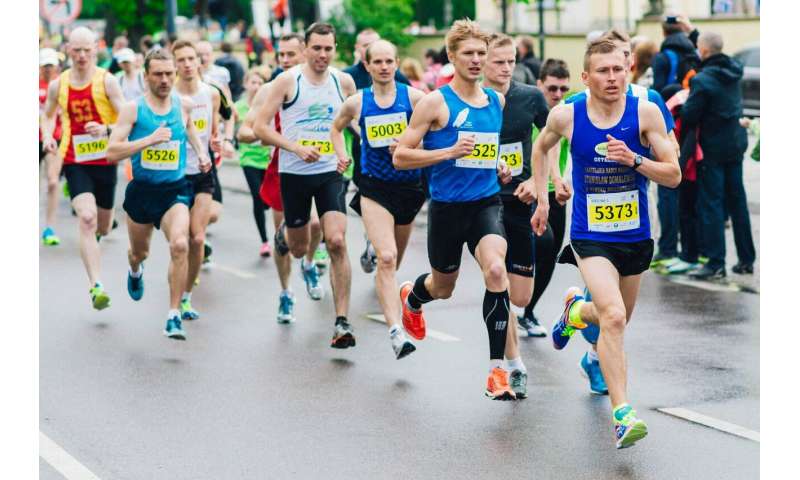 Casual runners could knock chunks off their 10K times by improving their bounce, say scientists in the UK.

A new study published in the European Journal of Sport Science says a springy running style is a key feature of higher performing runners, while a flatter style with longer ground contact time is associated with slower running.

It also questions current thinking that improved times are associated with striding out, concluding that longer stride may be better achieved by longer ‘fight time’ rather than by conscious extension of the lead leg.

In the first study to compare the biomechanics of two groups—elite and recreational – running at the same speeds, the researchers from the University of Salford found the main difference in technique was not stride or leg cadence but vertical bounce.

“Normally such tests are done in a race but the elite are always going faster so you cannot compare like-for-like,” explained senior research fellow Dr. Steve Preece. “By controlling the speed, it allowed us to see exactly what the elite do differently when they run.”

What they found was the elite runners achieved an 11% longer ‘flight time’ – when neither foot is in contact with the ground—than their recreational counterparts.

This is achieved by an increased vertical impulse on take-off which pushes the runner higher and creates the ‘bouncy’ style.

“The elite are in the air more, and as soon as you’re in the air, it’s a free ride,” remarked Dr. Preece.

“We now need to understand how the elite runners can maintain this bouncy style without using extra energy. This is most likely related to their ability to store energy in their Achilles tendon with every step.”

Preece and his colleagues Chris Bramah and Duncan Mason also noted a more bent knee ‘landing position’ in the elite group of runners.

The front knee, they observed, is more flexed in the elite group and this runs contrary to much current thinking that runners should lengthen their stride by pointing their ankle downwards to achieve what is called ‘forefoot strike’ ie. landing on your toes.

“You can only increase speed by increased cadence or lengthening your stride, but our observations here suggest that you shouldn’t lengthen it too much because then you might lose the bounce,” added Dr. Preece.