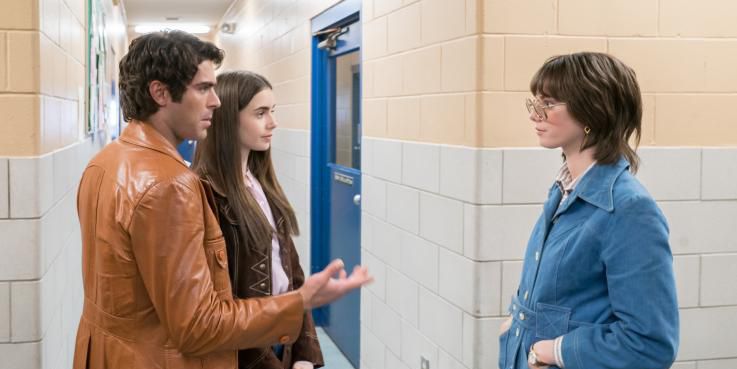 In Extremely Wicked, Shockingly Evil and Vile, which premiers May 3 on Netflix, Zac Efron plays the smooth sociopath and serial killer Ted Bundy. The story focuses on his longtime girlfriend, Liz Kloepfer (Lily Collins), as she slowly recognizes the monster she’s been dating. But she wasn’t the only one fooled; plenty of women were taken with Bundy’s glib suavity (for the record, a hallmark feature of sociopathology). One, Carole Ann Boone (Kaya Scodelario), even went on to become his wife—after accepting Bundy’s marriage proposal during his trial for murder.

According to Ann Rule’s The Stranger Beside Me: The Shocking Inside Story of Serial Killer Ted Bundy, Boone and Bundy met as work friends and became close. She even teased him about his resemblance to a police-sketch “Ted” that police began circulating. When Bundy was arrested, Boone proclaimed his innocence. The two corresponded via mail, with Bundy’s letters becoming increasingly, floridly romantic; he called her his “Tender Apparition of Loveliness,” according to The Only Living Witness: The True Story of Serial Sex Killer Ted Bundy.

Finally, Bundy went to trial in Florida. He was convicted and sentenced to death in 1979, but Boone stuck by him. Bundy had a second trial, a second conviction, a second death sentence. It was during the sentencing phase of that trial that he proposed to Boone, in full view of the ever-present video cameras. She accepted, and thanks to an obscure quirk of Florida law, the marriage was binding. Boone became Bundy’s wife.

According to Ann Rule, Boone had carefully laid out the marriage plan, and she succeeded. She moved to Florida to be close to Bundy, changing her name and generally avoiding the spotlight. She had a daughter named Rose, claiming it was Bundy’s, though that’s obviously a tough claim to prove. Bundy and Boone divorced in 1986, and Bundy was executed in 1989. Before he died, Bundy gave long, detailed confessions of his crimes, which reportedly left Boone devastated.

Despite the efforts of armchair sleuths and Bundy aficionados, very little is certain about Boone’s life after the death of her husband. Her current whereabouts are unknown—it’s not even clear whether she’s alive or dead. Unlike Ted Bundy, who always demanded control of the spotlight, Carol Ann Boone has receded into anonymity.