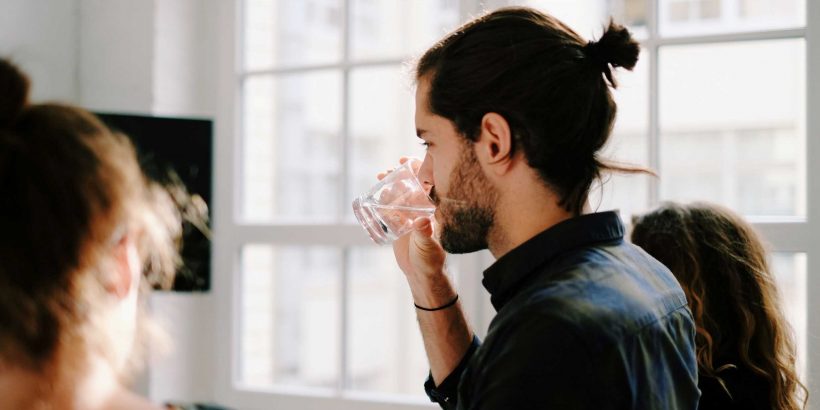 If you’re looking for a blanket recommendation on exactly how much water you should drink every day, you’re going to be disappointed, but stay with us. “Like everything with nutrition, it seems like it should be simple, but it’s not,” says nutrition expert Amanda Baker Lemain, M.S., R.D.

That “rule” to drink eight, 8-oz glasses of water a day doesn’t have a lot of scientific evidence behind it, but Lemain says “it’s not a bad place to start.” The National Academies of Sciences, Engineering and Medicine go a little higher, saying that men “who appear to be adequately hydrated” consume about 125 ounces a day (91 for women). But they acknowledge that about 20 percent of your day’s hydration comes in through food, which is really hard to count.

Everybody is different, and for the most part, every day is different, so your hydration needs fluctuate. You may need more than average if you’re in a hot and humid environment, if you’re at an elevated altitude, or if you’re an athlete who works out harder than the average person, Lemain says.

So the new rule of drinking water is to stop thinking that there is a hard and fast rule about drinking water. Instead, follow these guidelines:

“Do I think anyone needs to be pounding those giant jugs of water? Probably not,” Lemain says. You can overhydrate, which can lead to blood dilution and low levels of sodium (that’s the hyponatremia you hear about happening to some runners who drink too much over many hours on a marathon course). “As long as you’re a healthy person and listening to your internal cues, then that’s pretty rare.”

Your body is pretty good at telling you what you need. The trick to getting the right amount of water in a day is listening to what it tells you.