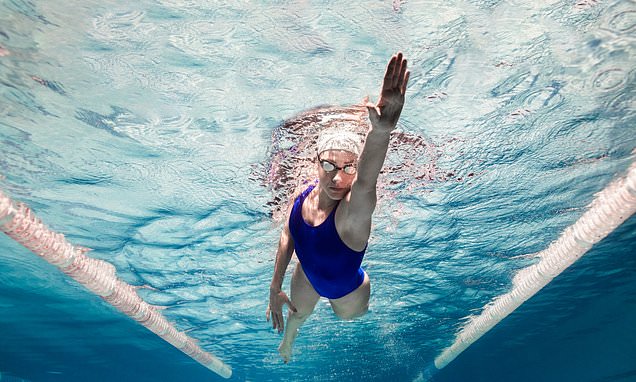 Swimming, walking or lifting weights in the gym ‘treats high blood pressure as well as drugs’

Exercise is as effective as prescription drugs at lowering blood pressure, researchers have found.

Regularly walking or swimming and doing simple weight training treats high blood pressure as well as taking pills such as beta blockers or ACE inhibitors, according to data from 40,000 people.

High blood pressure – known by the medical name of ‘hypertension’ – affects one in three adults, more than 17million of the British population and 75million Americans. 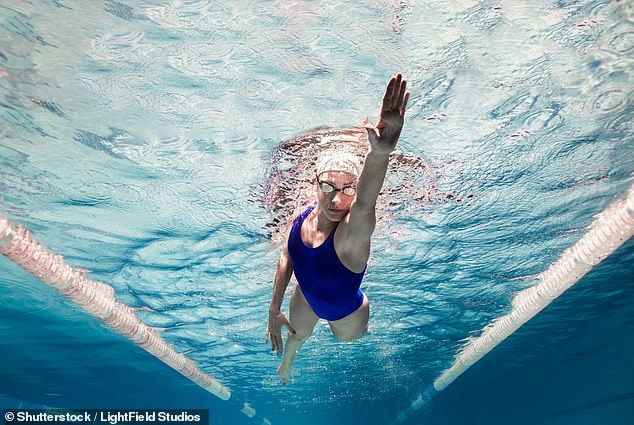 Of these seven million are eligible for medication, though less than one million people are thought to actually take the drugs.

Some 62,000 people killed every year from stroke and heart attacks due to poor blood pressure control alone – so doctors are desperate to extent effective treatment to more people.

Simply persuading patient to undertake regular exercise could be an alternative for those who are reluctant to take drugs.

That, however, may be a challenge in itself, with the UK currently placed 123rd out of 168 countries in a league table of physical activity levels and a 36 per cent of British adults failing to hit exercise targets.

The researchers, led by academics at the London School of Economics and Stanford University in the US, pooled the results of 391 trials, involving 39,700 people.

They found a combination of endurance exercise, such as walking, jogging, cycling or swimming, and resistance training, such as lifting weights or doing push ups, was just as effective at bringing blood pressure levels down to a healthy level among those with hypertension.

The researchers, who published their findings in the British Journal of Sports Medicine, stressed that patients should not ditch their blood pressure medication without talking to their doctor.

And they said patients must be able to commit to sticking to regular exercise.

Lead author Dr Huseyin Naci, of the London School of Economics, said: ‘We don’t think, on the basis of our study, that patients should stop taking their antihypertensive medications.

‘But we hope that our findings will inform evidence based discussions between clinicians and their patients.’

He added: ‘It’s one thing to recommend that physicians start prescribing exercise to their patients, but we also need to be cognisant of the resource implications and ensure that the patients that have been referred to exercise interventions can adhere to them and so really derive benefit.’

But because it has no symptoms until it is too late, only half of people even know they are at risk.

WHAT DOES IT MEAN IF I HAVE HIGH BLOOD PRESSURE?

High blood pressure, or hypertension, rarely has noticeable symptoms. But if untreated, it increases your risk of serious problems such as heart attacks and strokes.

More than one in four adults in the UK have high blood pressure, although many won’t realise it.

Blood pressure is recorded with two numbers. The systolic pressure (higher number) is the force at which your heart pumps blood around your body.

The diastolic pressure (lower number) is the resistance to the blood flow in the blood vessels. They’re both measured in millimetres of mercury (mmHg).

As a general guide:

If your blood pressure is too high, it puts extra strain on your blood vessels, heart and other organs, such as the brain, kidneys and eyes.

Persistent high blood pressure can increase your risk of a number of serious and potentially life-threatening conditions, such as: