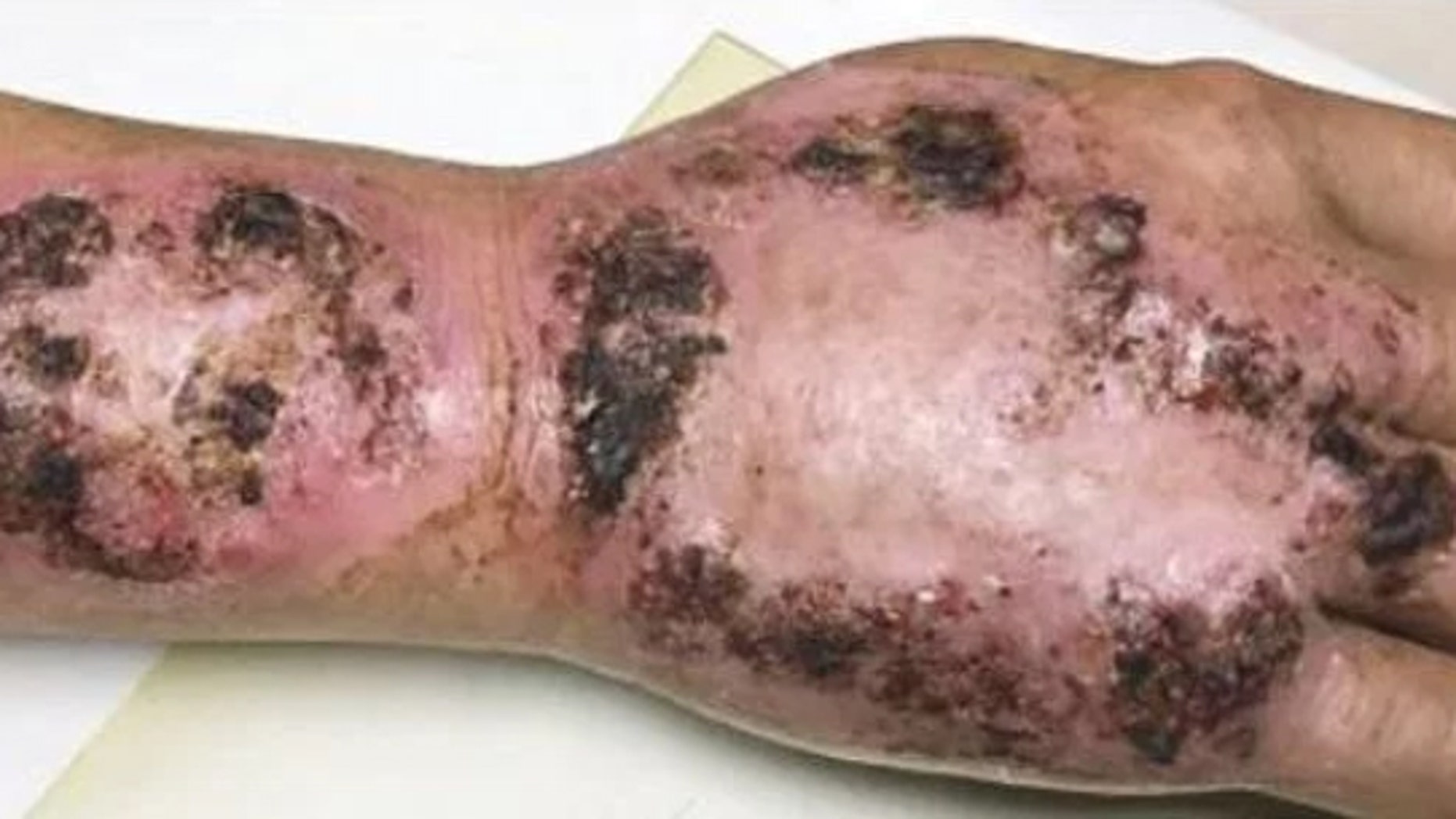 The unnamed 65-year-old told doctors at the Sun Yat-sen Memorial Hospital in Guangzhou, China, that he had suffered a trauma to his arm months earlier.
(The New England Journal of Medicine ©2019.)

A man ended up in the hospital with a nasty infection that appeared to "eat away at his arm". The bug had been slowly devouring his arm for five months before he sought medical help.

The unnamed 65-year-old told doctors at the Sun Yat-sen Memorial Hospital in Guangzhou, China, that he had suffered a trauma to his arm months earlier. Afterward, he began to notice a circular rash appeared on his right hand and forearm.

He tried to treat the rash with a mixture of "juices and fragments from herbs," D.r Jinglin Qin said in a case report published in the New England Journal of Medicine.

"But there was no improvement to his condition," Dr Jinglin said.

When he arrived at the hospital, medics assessed him. They noted a large, red rash that had started to blister and ulcer, with patches of "crusting" skin. They took a biopsy, to try and establish what was causing the rash. In the lab, the sample of skin taken from the patient, began to grow a fungus called Sporotrix schenckii.

Jinglin said they diagnosed the man with a case of sporotrichosis, dubbed "gardener's disease".

"The infection usually involves the skin and subcutaneous tissue and occurs from inoculation of the fungus from plants and soil through the skin," he said.

And he warned people with compromised or weaker immune systems were more likely to catch the bug.

HERBAL SUPPLEMENT KRATOM IS TIED TO MORE US DEATHS

Sporotrichosis is rare, but can prove nasty. The fungus lives throughout the world in soil and on plant matter like moss, rose bushes and hay. A person becomes infected when they come into contact with fungal spores.

It typically affects the skin, when the fungus gets into the body via a cut or scrape.

-small, painless bumps that develop one to 12 weeks after coming into contact with the fungus

-bump can be pink, red, purple and usually appears on the finger, hand or arm

-if the infection affects a person's lungs it can cause a nasty cough, shortness of breath or fever

-condition can cause infection of joints, confused with rheumatoid arthritis

-infections of the central nervous system can cause headaches, problems thinking and seizures

Jinglin's team treated the patient with anti-fungal drugs and four months later the rash and crusty sores had healed.