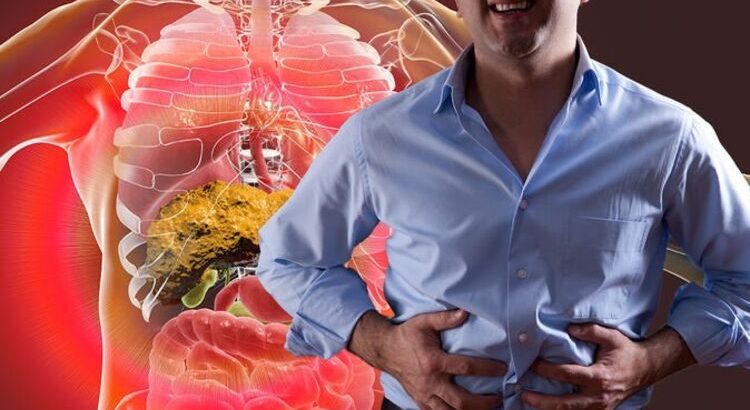 As the condition develops the symptoms become severe with onset of jaundice, otherwise known as the yellowing of the skin and eyes, itchy skin, and swelling in the legs, ankles, feet and abdomen.

Cirrhosis is the most advanced stage of liver disease, one that can lead to liver failure and sometimes life-threatening complications.

It is recommended that if an individual identifies either of the early symptoms that they seek a consultation with their GP immediately and call 111.

In order to diagnose NAFLD, the GP will conduct a liver function blood test and from there a number of treatments can be used in order to rectify NAFLD such as medicines, a liver transplant and lifestyle changes.

Although NAFLD is not caused by alcohol, consuming the drink may make it worse and so reducing consumption is also advised.

However, just as not all liver disease is caused by the over consumption of alcohol so does not all alcohol contain alcohol.

In recent years the non-alcoholic beer industry has seen a rise in popularity as more people seek the taste of beer but not the subsequent health impacts.

Some studies suggest that non-alcoholic beer may provide some health benefits including reducing the risk of heart disease, reducing inflammation, promoting bone growth, and improving the quality of sleep.

Some studies have found that consuming non-alcoholic beer could improve circulation by putting less pressure on the heart and reducing an individual’s risk of cardiovascular disease.

A study conducted in 2004 concluded that non-alcoholic beer “could have a beneficial effect on the development of coronary artery disease…the consumption of dealcoholized beer could provide cardiovascular benefit”.

Conducted on young adults, the researchers found that drinking non-alcoholic beer could reduce the risk of the development of thrombosis, this occurs when a blood clot blocks the veins or arteries.

Meanwhile, another study published in the Journal of Agricultural and Food Chemistry, discovered that organic compounds found in non-alcoholic beers known as phenols can reduce the risk of atherosclerosis, a hardening of the arteries caused by plaque build-up.

A more recent study conducted in 2012 looked at the impact of non-alcoholic beer on marathon runners.

Published in the journal Medicine & Science in Sports & Exercise, the researchers found that consumption of non-alcoholic beer for three weeks before and two weeks after a marathon reduced post-race muscle inflammation.

Furthermore, non-alcoholic beer was also observed to reduce the risk of upper respiratory tract illnesses in the immediate aftermath of the marathon.

While non-alcoholic beer could have some health benefits, that isn’t to say it should replace more traditional or healthier forms of liquid.

There is some evidence to suggest that non-alcoholic beer may negatively affect health.

For example, the drink is not recommended for those with alcohol addiction as it can provide sensory cues that make that individual crave an alcoholic drink.

Just like normal beer, if non-alcoholic beer is drunk in large amounts, it can negatively impact health due to the high levels of calories and sugars present.

While drinking non-alcoholic beer is healthier than traditional beer, it should not be used as an alternative to healthier liquids such as water.