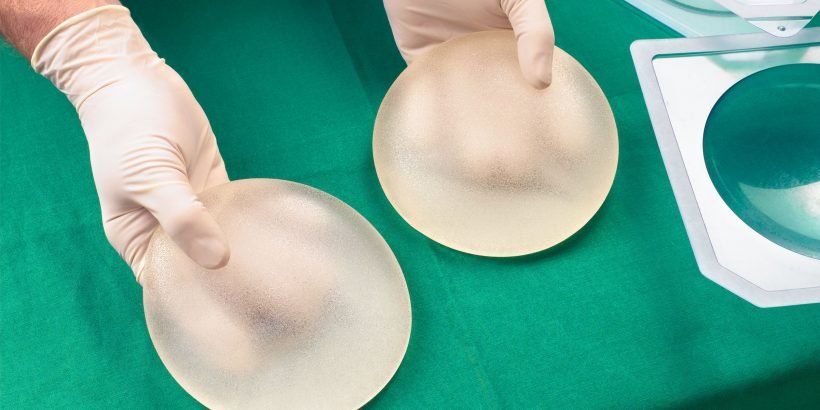 As the Food and Drug Administration prepares to meet in March to discuss the safety of breast implants, the FDA is warning there may be an association between implants and a rare type of cancer.

Of 457 confirmed cases of the condition caused by implants — called Breast Implant Associated-Anaplastic Large Cell Lymphoma or BIA-ALCL — nine patients have died. Based on existing research, the FDA says the frequency of the disease ranges anywhere from 1 in 3,000 women with implants to 1 in 30,000. Some 1.5 million women get breast implants every year.

A letter addressed to health care providers on Wednesday states: “The FDA received reports indicating that patients with breast implants have an increased risk of developing this disease within the scar capsule adjacent to the implant.”

The FDA goes on to explain that BIA-ALCL “is not a cancer of the breast tissue” and to ask doctors to be more cautious with patients experiencing “new swelling, lumps, or pain around breast implants.”

Implants can come with smooth or textured exteriors and saline or silicone gel interiors, and the letter also explains that most cases of the disease have occurred in patients with textured implants. But it’s been found with smooth implants as well. Most of the women diagnosed with BIA-ALCL visited their doctors because of “pain, lumps, swelling, or asymmetry” that developed after they were fully healed.

Europe has already taken steps to ban textured implants because of their association with BIA-ALCL, says Dr. Marguerite Barnett, one of the nation’s top surgeons for removing implants or “explanting.”

“Initially, [BIA-ALCL] was said to be very rare, but as time goes by, they’re finding more and more cases,” Barnett explains to PEOPLE. “It’s a serious tumor capable of killing people.”

While Barnett hasn’t personally dealt with any cases of BIA-ALCL in her patients, a more frequent issue she’s seen is what’s referred to as Breast Implant Illness or BII. There’s no official diagnosis, though, because, Barnett says, “95 percent of plastic surgeons don’t think it exists.”

“It takes a while for symptoms to emerge, so most doctors don’t put two and two together,” she says. “I’ve been a little bit upset because some of my colleagues are saying it’s not a real thing.”

The condition, in Barnett’s experience, looks like chronic fatigue, aches and trouble breathing, and there’s very little research into what about the implants may cause it.

She says patients will come to her with such symptoms, often having read about BII on social media, and  60 percent of patients with saline and two thirds of patients with gel will feel better after getting them removed.

While some of her colleagues, she says, have challenged her findings with accusations that it’s a placebo effect — which she concedes is “real” — she doesn’t believe it’s the case for her patients.

“Usually about one-third of people feel better with placebos and it happens right away, but the effects fade over time,” she explains. “With my patients, it’s the opposite. About two-thirds feel better after at least a year feel, and they improve as time passes.”

RELATED: Crystal Hefner Removes Her Breast Implants Because They ‘Slowly Poisoned Me’

In Wednesday’s letter, the FDA also urged surgeons who provide breast implants to provide their patients with the manufacturer’s labeling and educational material — and to have a discussion about the “benefits and risks” of implants.

It’s exactly what Sia Cooper — who runs the popular blog Diary of a Fit Mommy and who openly suffered from what she believes is Breast Implant Illness — has been advocating for. She got her implants — smooth with gel — in 2011 and out in early December, Cooper tells PEOPLE.

When she chose to have the surgery, she says her doctor told her nothing about the risks of implants beyond “capsular contracture” — which refers to the forming and tightening of scar tissue around the implants that happens to most women — and “infection with surgery.”

After about a year, she started to “feel differently … My hair was falling out, and my weight was slowly climbing,” she recalls to PEOPLE. “I was inflamed. I felt like my body was attacking itself.”

Adding that there were days she couldn’t get out of bed, Cooper continues: “The illness hit me like a ton of bricks [last] year. I look back, and it was silently creeping up on me … I thought it was part of motherhood and getting older, but I’m like, ‘I’m 29. I shouldn’t be feeling like this.’ “

Some two months after her surgery, Cooper is feeling better.

It’s unclear exactly what percentage of women with implants develop symptoms of BII, in part because there’s no registry for those who have them, Barnett says. She adds that this dearth in information is shocking because a registry is standard procedure for many devices implanted in the body, such as pacemakers.

But, Barnett emphasizes that shouldn’t diminish the importance of tracking BII.

“I believe these women,” she asserts. “It makes sense that if you put some foreign body in it that you’re going to have a reaction.”