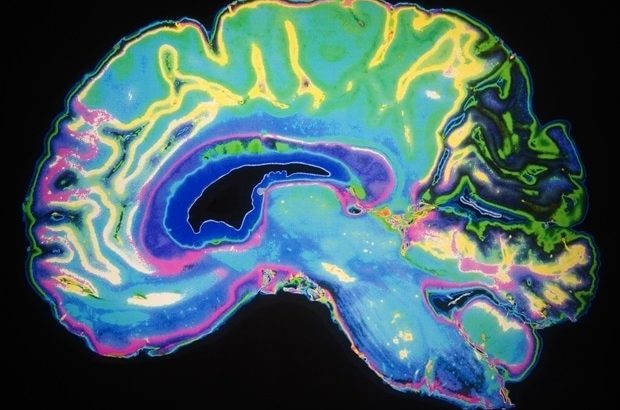 New research has confirmed a strong link between four genetic mutations and progressive multifocal leukoencephalopathy (PML), a rare but often fatal brain infection that can be triggered by dozens of FDA-approved drugs.

The research, published in Frontiers in Neurology on December 14, will allow doctors to screen out patients with the highest risk of PML.

Eight medications carry a Black Box Warning for PML, the strongest warning the FDA gives. More than 30 additional drugs carry other PML warnings. In total, PML cases have been reported to the FDA in patients on more than 75 drugs. The list includes many of the most effective treatments for multiple sclerosis (MS), blood cancers, rheumatoid arthritis, Crohn's disease, and organ transplant rejection.

PML is caused by the JC virus (JCV), a generally harmless virus carried by up to 80% of the population. PML occurs when the virus reactivates and attacks the brain with life-threatening consequences. Researchers have long been searching for an explanation for why the virus leads to PML in some people but not others.

In this study, researchers first demonstrated that four genetic variants were far more common in patients who developed drug-induced PML than in the general population. They then looked for these variants in the ideal control group: MS patients who carried JCV and were taking a high-risk drug for years, but who did not develop PML. The results were even stronger when compared to these matched controls.

Nearly 11% of patients with PML tested positive for at least one of the four variants. To put this finding in perspective, these variants explain a higher percentage of PML cases than the well-known BRCA mutations explain breast cancer cases. Additionally, their predictive power exceeds levels that have led the FDA to require genetic screening for other risky medications.

Drug-induced PML is on the rise as more immunosuppressant therapies are developed. In 2021, there were more than 500 cases in the FDA's adverse event reporting system. These drugs are broadly prescribed: in the U.S., nearly 1 million people have MS, another 1.5 million have blood cancers commonly treated with PML-inducing drugs, and 850,000 Americans have received organ transplants.

It's critical to be able to identify genetic mutations that greatly increase a person's risk of this devastating infection."

Compilation of the top interviews, articles, and news in the last year.
Download a free copy

His lab developed Tysabri, a powerful MS medication that was temporarily withdrawn from the market because of PML and now carries a Black Box Warning. "Preventative screening for these variants should become part of the standard of care. I wish we had more powerful tools like this for other therapies," he says. Dr. Steinman is not affiliated with this study.

Another independent PML expert, chief of multiple sclerosis at University of Pennsylvania Perelman School of Medicine and lead author for the American Academy of Neurology's PML Guidelines Committee Dr. Joseph Berger, says "Determining genetic susceptibility to PML is an extremely promising method of reducing disease risk. A simple inexpensive test may prove revolutionary in this regard."