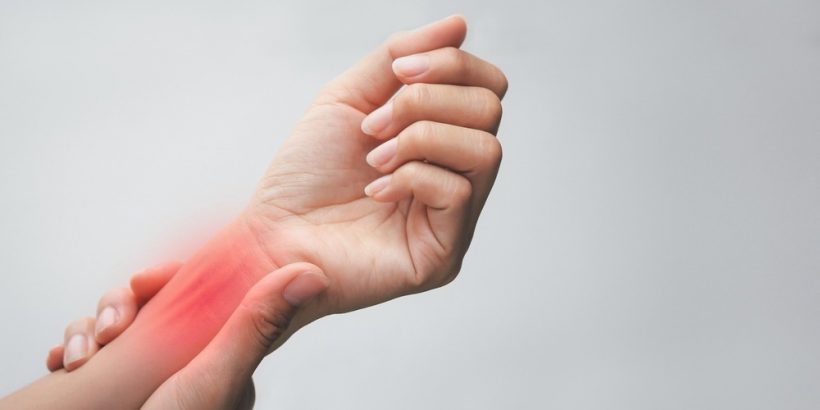 The addition of sugars to a protein structure may affect the stability of the protein, interactions of receptors with ligands, and signaling pathway activity. This modification, called glycosylation, is linked to inflammation and disease progression. A new paper examines the understanding of glycosylation in an array of rheumatic diseases and indicates the potential for therapeutic interventions using the same mechanism.

Small and large chains of sugar molecules, called oligo- and poly-saccharides, respectively, or together called glycans, are often added to fat or protein molecules to modify them. Half the human genes encode glycosylated proteins. Glycans are built by sequentially adding sugars through the coordinated activity of many enzymes. The final signature is made up of many sugars that have related structures but have quite different functions.

Glycans affect a host of cellular pathways, including communication between cells and processes occurring within cells. The outer surface of cells is often covered by a dense glycan layer called the glycocalyx that is key to intercellular communications but also influences them.

The current paper, published in Nature Reviews Rheumatology, summarizes current knowledge about the glycosylation patterns of plasma proteins, autoantibodies, immune cells, and inflamed tissues in rheumatic disease, along with some mechanistic insights and suggestions as to the therapeutic potential of these findings.

Both O- and N-glycosylation have been identified and occur through distinct pathways. The final signature is affected by the availability of sugars, enzymes, and transporters required for glycosylation and the extent to which the right molecular regions are open to such reactions. The cellular state also affects the glycan composition by modulating the entry or exit of glycoproteins in or out of the endoplasmic reticulum (ER) and Golgi apparatus, both of which are involved in post-translational modification of proteins.

Glycans participate in a wide range of immunological reactions, leading to the postulate that they are important in regulating the immune response during autoimmune rheumatic disease. For instance, rheumatoid arthritis (RA) is associated with changes in the glycosylation pattern of immunoglobulin G (IgG) autoantibodies.

Serum proteins also show changes in glycosylation patterns in RA patients consistent with acute inflammatory changes and with the recruitment of immune cells. These changes may also be linked with disease activity, especially with sialyl and fucosyl residues, while reduced activity is associated with galactosyl residues.

This is thought to be associated with changes in the IgG subclass levels of autoantibodies directed against specific autoantigens in rheumatic diseases, including RA, psoriatic arthritis, and many other arthropathies, but also multiple sclerosis and inflammatory bowel disease. These show a distinct profile of N-glycosyl residues in the antibody region called the crystallizable fragment (Fc) domain, hallmarked by the presence of fucosyl but not sialyl or galactosyl residues.

Active RA shows a distinct pattern of glycan residues on both the Fc and Fab domains of IgG autoantibodies, while patients in remission show another specific profile. The absence or removal of galactosyl residues on the Fc domain is associated with active, progressive, or relapsing disease and could be a useful biomarker for rheumatic diseases. Galactosylation of IgG antibodies increases when RA patients become pregnant, indicating a remission phase for many such patients, but this reverses rapidly after delivery.

However, an increase in sialyl and galactosyl residues is associated with reduced disease severity in RA, though this may not be specific to the Fc domain. Thus, “total IgG [and] antigen-specific IgG has Fc N-glycosylation that relates to the disease state.”

Both rheumatoid arthritis (RA) and anti-neutrophil cytoplasmic antibody (ANCA)-associated vasculitis often test positive for another type of N-glycosylated autoantibody, as well as for B cell receptors that react with autoantigens. These contain many N-glycosyl residues in the antibody-binding fragment (Fab) domain, which could accompany an immunomodulatory function. The N-linked glycosylation of the Fab domain might be in response to the chronic exposure of antigens throughout the body, coupled with CD4 T cell activity that facilitates the survival of autoreactive B cells.

Future research should explore the mechanisms of inflammation associated with the presence of IgG Fc sugars comprising fucosyl but not galactosyl residues. Some possibilities include steric hindrance by fucosyl residues on the Fc domain that prevents the activation of the corresponding Fcγ receptor, FcγRIIIa, reducing binding affinity and cytotoxicity by up to 20-fold. The same relationship was observed in coronavirus disease 2019 (COVID-19), underlining the increase in inflammation evoked by IgG antibodies lacking fucosyl residues against the spike protein of the causative virus.

In humans, high numbers of galactosyl residues enhance binding to the initiator of the classical complement pathway, irrespective of fucosylation levels. This could be because of the increased hexamer formation induced by this change in the Fc domain.

Yet, “no clear mechanistic evidence is yet available to confirm that agalactosylated Fc glycans aggravate antibody effector functions in humans.” Other explanations are possible, including a glycation response to inflammation.

In RA, synovial fibroblasts show a poor concentration of surface sialyl residues in response to the altered cytokine pattern. This inhibits their binding to galectin-3, causing the release of a different pattern of cytokines characteristic of a pro-inflammatory switch.

“Together these data provide the first evidence that, in rheumatic disease, sialylation can potentially act as a ‘molecular switch’, controlling the synovial fibroblast inflammatory or resting state.”

Identifying the specific IgG glycan signatures could help improve prognostic accuracy, but this type of analysis is costly and difficult. Further development of suitable assays is therefore awaited.

Specific modification of the glycosylation profiles of proteins, whether antibodies or those on tissues, could therefore be useful in treating the underlying inflammation, either by altering the glycosylation pattern or inducing the specific binding and destruction of autoantibodies and autoreactive B cells. Cytokines could modify the activity of the enzymes involved in glycosylation.

Glycosylation is also key in the new area of glycoengineered monoclonal antibodies developed for various biological applications. Such modifications can optimize their efficacy by, for instance, enhancing their binding affinity.