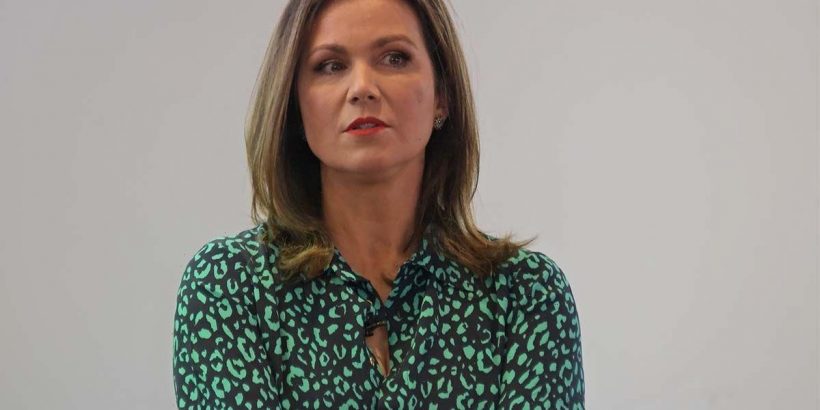 From BBC Breakfast to Good Morning Britain, Susanna Reid has had an extremely successful career. The TV presenter regularly appears on ITV’s morning show, proving she’s not afraid to ask difficult questions. However, working in television has not been made easy by her “loud” condition. Back in 2004, the journalist was diagnosed with tinnitus after the birth of her son Finn.

The star has suffered from the distressing condition, which makes you hear noises that are not caused by sounds coming from the outside world, for 18 years now.

Throughout her career, she spoke about some of the pesky symptoms in her ears.

The famous presenter shared with her Twitter followers in 2018 that her condition is particularly loud.

She penned on the platform: “My tinnitus is so loud right now.

READ MORE: Woman, 44, sees ‘severe’ iron deficiency resolve after cutting one fruit out of her diet

“The noise you used to hear when TV programming finished at the end of the day?

Annoying sounds like this are nothing unusual for tinnitus sufferers.

According to the NHS, the tell-tale signs of this condition include hearing a whole host of noises. Patients might hear these sounds in one or both ears, as well as their head.

The noises that might crop up in these areas include:

Reid started to experience tinnitus following a difficult labour of her son Finn. The star also has two other sons Sam and Jack.

When asked in an interview what “treasured item” she would wish to have again in 2013, Reid said: “Silence. I’ve had tinnitus since Finn’s birth, which probably resulted from a difficult labour.

“When I first started hearing it, which was probably about ten years ago, I became quite distressed that I would never hear silence again.”

Unfortunately, “there is no cure” for this loud condition, according to the British Tinnitus Association.

However, there are a few treatments that focus on reducing the effects of tinnitus, including cognitive behaviour therapy.

According to the NHS, avoiding total silence can also help ease the tricky symptoms.

The health service recommends listening to soft music or sounds – known as sound therapy – to distract yourself from the tinnitus noise.

The following tweaks to could also help cope with the condition better:

If you regularly struggle with tinnitus or the sounds are getting worse, you should see your GP.