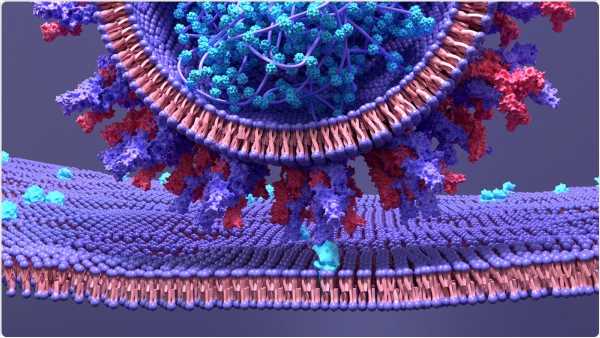 Scientists have measured the interaction of the severe acute respiratory syndrome coronavirus 2 (SARS-CoV-2) spike (S) protein with nano-gold colloids. These nanoparticles functionalized with the S protein have different spectroscopic signals allowing for new information about the protein to be extracted.

The on-going pandemic COVID-19 (coronavirus disease 2019), caused by the SARS-CoV-2, has caused over 111 million confirmed infections and 2.46 million deaths worldwide. To control and stop the SARS-CoV-2 infection, scientists have focused on the interactions between the virus and the host cells. The structure and functions of the proteins involved are now thoroughly investigated and understood.

The spike (S) protein and its binding – the first initiation in the infection process – is the primary focus of most research. The S protein protrudes from the virus's surface, and consists of 2 subunits: S1 (mainly RBD) and S2 region (a mechanical thruster for the cell fusion process).

The S protein binds to the host cell ACE2 (angiotensin-converting enzyme 2) receptor to initiate the SARS-CoV-2 entry into the host cell. Because of the comparable nano-size dimension of the virus and nanoparticles, many researchers have looked to functionalize nanoparticles with the S protein and probe the interaction using spectroscopic signatures. The researchers in this study believe that their S protein model system can be potentially used as an in vitro tool for drug screening.

Researchers Kazushige Yokoyama and Akane Ichiki, from The State University of New York Geneseo College, United States, report their study recently in the journal Colloids and Surfaces A: Physicochemical and Engineering Aspects. They have decorated the S protein on the gold nano colloid and conducted a pH-dependent spectroscopic analysis of the system. 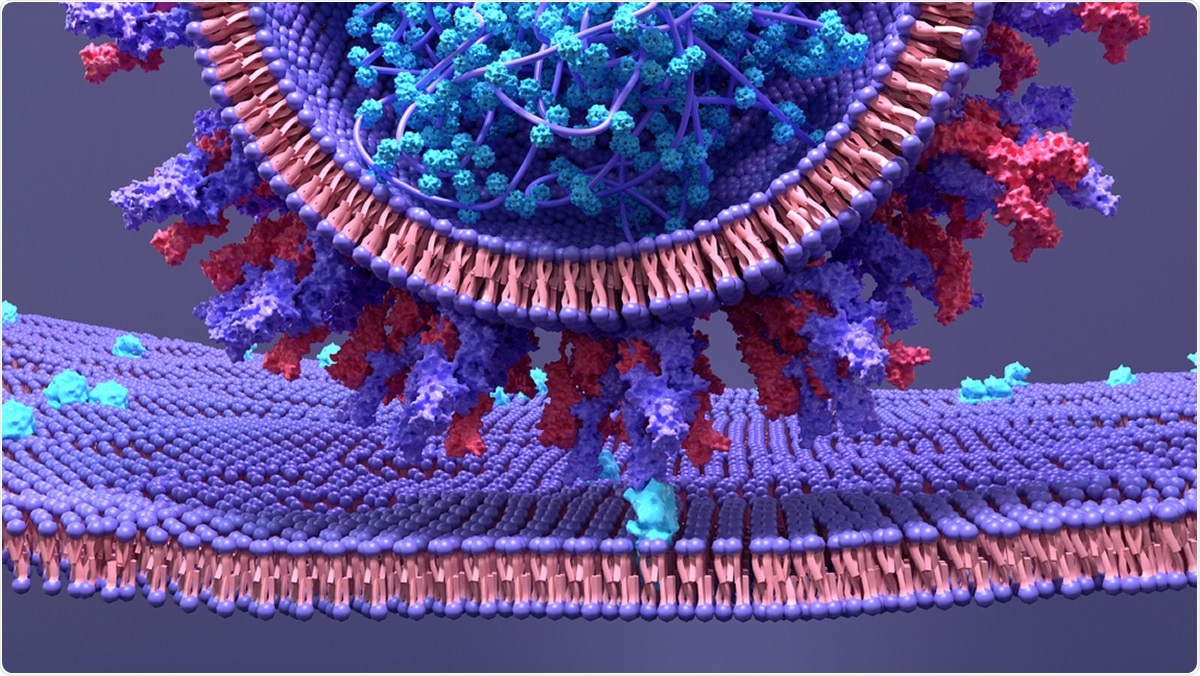 The researchers focused on the adsorption orientation of the S protein over the gold surface. They demonstrated that the protein-gold system can be used to probe the interaction of SARS-CoV-2 with ACE2.

Taking the shift of the Surface Plasmon Resonance (SPR) band of the S protein-coated nano-gold colloids as a function of the change of an external pH, the researchers derived the structure of the protein on the gold surface.

"The difference of pHo between S protein-coated gold colloid and bare gold colloids, ΔpHo, were postulated to reflect the change of the surface property due to the adsorption of S protein over the gold surface."

The pH affects the structural conformation of the proteins. It is no different for protein networking, adsorbed over the gold surface. In a previous study, the researchers observed that under acidic conditions (< pH 4), the protein-nanoparticles aggregated, causing a red-shift in the SPR absorption.

Under highly acidic conditions, the protein conformational changes initiate the binding to its receptor and the model mimics the environment after endocytosis of SARS-CoV-2 to achieve a cell fusion process. Therefore, the researchers investigated at low pH conditions.

This conclusion also supported the spiking-out orientation as the most plausible based on the experimentally observed protein-protein interaction particle aggregates. They discussed the tilting angle, binding affinity, dimerization, conformations, and the core nanoparticle size in this interaction.

This study focused on the adsorption orientation of S protein over the gold surface without involving the system's kinetics. The researchers simplified the S protein as a prolate shape and concluded that the adsorption is in the "spiking-out" orientation. The researchers call for further studies investigating the corresponding conformational change of an S protein using more complex spectroscopic techniques.

"This spectroscopic study utilizing the pH-induced conformational change is the only successful approach that explains the most plausible adsorption orientation."

The researchers used the S protein-coated over gold colloid as a simplified model of the SARS-CoV-2. They demonstrated that this gold-protein system could be used as a spectroscopic probe for investigating various inhibitor- or drug- responses and their impact on the S protein.

Ramya has a Ph.D. in Biotechnology from the National Chemical Laboratories (CSIR-NCL), in Pune. Her work consisted of functionalizing nanoparticles with different molecules of biological interest, studying the reaction system and establishing useful applications.