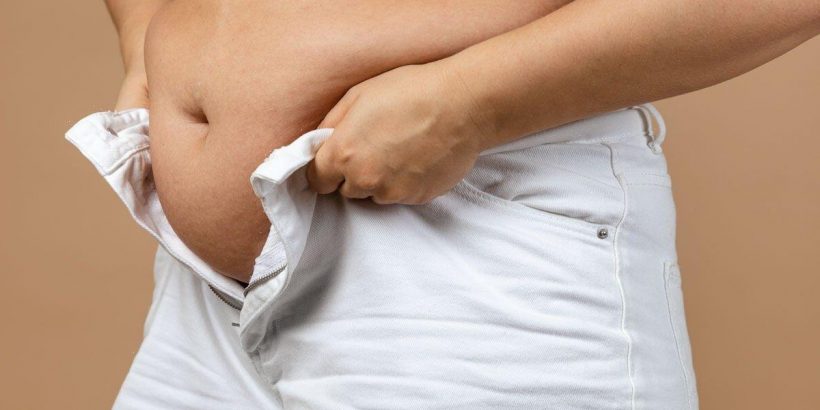 Visceral fat differs from other types of fat in that it lies deep within the abdominal cavity, where it fills the spaces between organs. It is also involved in the production of cytokines, which are responsible for spurring low-grade inflammation throughout the body. As this inflammation intensifies, the body is put at risk of cardiovascular complications like type 2 diabetes. Thankfully, dietary changes can substantially reduce visceral fat and stave off cardiovascular complications.

According to a recent body of research published in BMC Medicine, the green Mediterranean diet may significantly reduce levels of dangerous fat.

An analysis revealed that the diet promoted reductions in visceral fat twice as great as those seen with the normal Mediterranean diet.

“A healthy lifestyle is a strong basis for any weight loss programme.

“We learned from the results of our experiment that the quality of food is no less important than the number of calories consumed and the goal today is to understand the mechanisms of various nutrients, for example, positive ones, such as the polyphenols and negative ones such as empty carbohydrates and processed red meat, on the pace of fat cell differentials and their aggregation in the [visceral adipose tissue].

“A 14 percent reduction in visceral fat is a dramatic achievement for making simple changes to your diet and lifestyle.

“Weight loss is an important goal only if it is accompanied by impressive results in reducing adipose tissue,” noted Doctoral student, Hila Zelicha, who was involved in the study.

“The research showed that the Green Mediterranean diet (MED) significantly reduced visceral adipose tissue, a type of fat around internal organs that is much more dangerous than the extra tire around your waist.”

One of the most dangerous components of visceral fat is the release of inflammatory substances that hinder cardiovascular health.

This production of toxic substances renders visceral fat significantly more dangerous than subcutaneous fat, which sits beneath the surface of the skin.

It can affect even slim people putting them at risk of a range of health risks.

What is the green Mediterranean diet?

The DIRECT-PLUS trial research team was the first to introduce the concept of the green-Mediterranean diet.

The eating plan is enriched with more dietary polyphenols and lower in red meat, compared to the typical Mediterranean diet.

Research, published in the journal Heart in 2020, showed that this dietary plan decreases diastolic blood pressure and inflammatory markets compared with the normal Mediterranean diet.

The standard Mediterranean diet has consistently ranked as one of the healthiest eating plans, emphasising:

Though the diet limits red meat, processed foods and added sugars, it doesn’t omit them completely, which the green Mediterranean diet does.

In addition, the green diet emphasises three main components, which are the Mankai duckweed shake, green tea, and an ounce of walnuts.

For their study, participants had a daily intake of 28 grams of walnuts, between three to four cups of green tea and 100 grams of duckweed green shake every day.