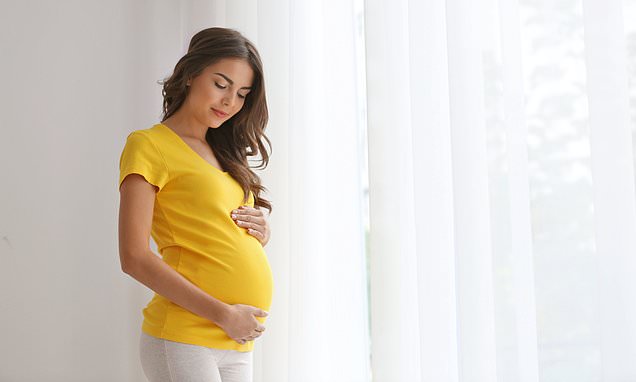 Gum disease may cause premature labour: Pregnant women with plaque are more likely to give birth before 37 weeks

A study of dozens new mothers found 45 per cent of those whose waters broke early had swollen, sore or infected gums.

In comparison, only 29 per cent of the women who didn’t give birth prematurely had signs of gum disease.

Bacteria in plaque are thought to travel to the placenta via the bloodstream, causing it to became inflamed.

This may disrupt the amniotic sac that surrounds the foetus, leading it to rupture too soon, scientists believe. 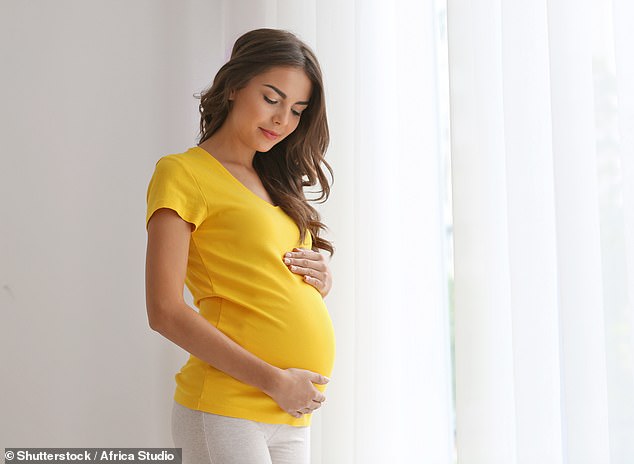 The research was carried out by University Hospital Hradec Králové, Czech Republic, and led by Dr Vladimíra Radochová, from the department of dentistry.

Around 10 per cent of all pregnancies worldwide result in premature labour, the authors wrote in the Journal of Clinical Periodontology.

In the UK, around seven per cent – or 60,000 – babies are born premature every year, Tommy’s statistics reveal. This is defined as a delivery before 37 weeks.

And one in ten babies arrive early in the US, according to the Center for Disease Control and Prevention.

Premature labour can occur due to changes to the cervix or preterm premature rupture of membranes (PPROM) – better known as ‘waters breaking’.

Gum disease affects up to 80 per cent of adults, and has previously been linked to premature birth.

However, the results of existing studies have been inconsistent, Dr Radochová and colleagues wrote.

To better understand the link, the researchers analysed 78 women whose waters broke 24-to-36 weeks into their pregnancies and were admitted to Hradec Králové hospital.

These women were compared against 77 mothers who experienced no pregnancy complications and were receiving antenatal care in the outpatient clinic of the hospital.

Flossing with Oral B Glide is linked to the toxic build-up of cancer-causing chemicals in the body, research suggested earlier this month.

Scientists found using the go-to brand as part of your oral-health regimen is associated with a higher level of PFAS (per- and polyfluoroalkyl substances) chemicals in the bloodstream.

PFAS – which are added to everything from non-stick pans and carpets for their grease-resistant properties – have been linked to kidney and testicular cancer, as well as reduced semen quality and inflammatory bowel disease.

The scientists behind the study have urged the public to cut these products out of their day-to-day routines as a ‘priority’ and opt for PFAS-free floss.

The research was carried out by the Silent Spring Institute in collaboration with the Public Health Institute in Berkeley, California. It was led by staff scientist Katie Boronow.

All of the participants were offered a dental check-up during their hospital stay.

Results revealed the women whose waters broke prematurely had higher levels of gum inflammation and plaque.

Attachment loss – a measure of reduced support around the teeth – was also greater among those who had a premature delivery at an average of 2.3mm versus just 1.8mm in the women without complications.

As was pocket depth – the crevice between the gums and the teeth – also at 2.3mm versus 1.8mm.

The results remained true even after adjusting for smoking – a known risk factor for gum disease.

Dr Nigel Carter OBE, chief executive of the Oral Health Foundation, believes the study highlights the importance of looking after our teeth during every stage of our lives.

‘The health of our mouth can have a direct influence on many parts of our general health,’ he said. ‘This includes the chances of having a safer birth.

‘Many women find it more difficult it to maintain good oral health during pregnancy.

‘This is because hormonal changes during this time can leave gums more vulnerable to plaque and more likely to be sore and swollen. They may even bleed.’