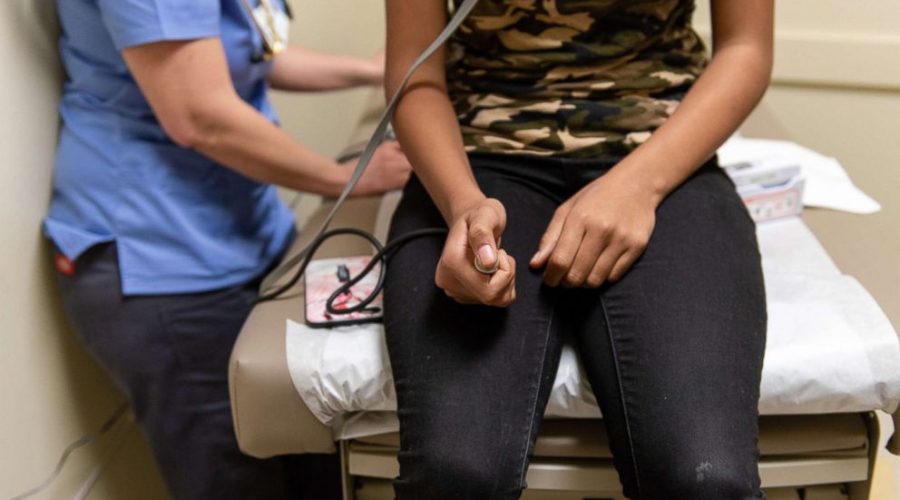 This story is from Kaiser Health News

While the Trump administration decides whether to adopt a controversial policy that could jeopardize the legal status of immigrants who use public programs such as Medicaid, doctors and clinics are torn between informing patients about the potential risks and unnecessarily scaring them into dropping their coverage or avoiding care.

“We are walking a fine line,” said Tara McCollum Plese, chief external affairs officer at the Arizona Alliance for Community Health Centers, which represents 176 clinics. “Until there is confirmation this indeed is going to be the policy, we don’t want to add to the angst and the concern.”

However, if immigrants do come to a clinic wondering whether using Medicaid can affect their legal status, trained staff members will answer their questions, she said.

Other providers prefer to prepare their patients proactively in case the proposal is adopted. At Asian Health Services, a clinic group that serves Alameda County, Calif., staff members pass out fact sheets about the proposed changes, provide updates via their patient newsletter and host workshops where patients can speak to legal experts in several Asian languages.

“We can’t just sit back and watch,” said CEO Sherry Hirota. “We allocate resources to this because that’s part of our job as a community health center — to be there not only when they’re covered, but to be there always,” even when that coverage is in jeopardy, she said.

The proposed “public charge” rule, which is awaiting final action by the U.S. Department of Homeland Security, would allow the federal government to consider immigrants’ use of an expanded list of public benefit programs including Medicaid, CalFresh and Section 8 housing as a reason to deny lawful permanent residency — also known as green card status. Medicaid is the state-federal health insurance program for low-income people.

Should the rule go into effect, it could force patients to choose between health care and their chance at a green card, McCollum Plese said. “And most people will probably not take the services,” she said.

The rule would not be retroactive, meaning it wouldn’t take into account past use of public benefits like Medicaid, according to legal experts.

But health centers and medical providers know that if they tell patients about it now, they risk scaring some of them into premature decisions about their benefits, including dropping coverage.

Some immigrant patients already are skipping medical appointments out of fear stoked by the proposed rule, providers and advocates report.

“For now, our focus has been on correcting misinformation, not necessarily raising awareness among those who haven’t heard about the potential changes,” said Erin Pak, CEO of KHEIR Center, a clinic group with three locations in Los Angeles. “This is a proposal that thrives on fear and misunderstanding, so we wanted to be thoughtful about how and when to engage patients on the issue, given that nothing has passed into law.”

The Department of Homeland Security is reviewing more than 200,000 comments from the public before it issues a final rule. It’s possible the department won’t adopt the rule at all, legal experts say.

At KHEIR Center, the patient population is predominantly Korean immigrants, a group that is highly aware of the proposed public charge rule because of the coverage it has received in Korean-language media, according to Kirby Van Amburgh, the center’s director of external affairs.

Other groups served by the clinic, such as Latino and Bengali immigrants, have asked few questions, she said.

Last month, L.A. Care health plan, which covers more than 2 million Medicaid enrollees in Los Angeles County, hosted a public charge webinar for about 180 providers. David Kane, an attorney at Neighborhood Legal Services of Los Angeles, led the webinar and urged doctors to tell concerned patients that nothing has changed yet, and that most immigrants would not be affected.

He also explained that if the federal government adopts the rule, it would not be effective immediately. There would most likely be a 60-day grace period before the changes take effect, Kane said. After that, implementation could be further delayed in court.

John Baackes, CEO of L.A. Care, who has been critical of the public charge proposal, said his organization offered the webinar because of the estimated 170,000 legal immigrants on his plan who could potentially be affected.

“I think we’ve got to let people know what could come, and try to give them more accurate information so that they don’t act imprudently,” he said. To do that, “we have to stay current.”

Kaiser Health News is a nonprofit news service covering health issues. It is an editorially independent program of the Kaiser Family Foundation, which is not affiliated with Kaiser Permanente.