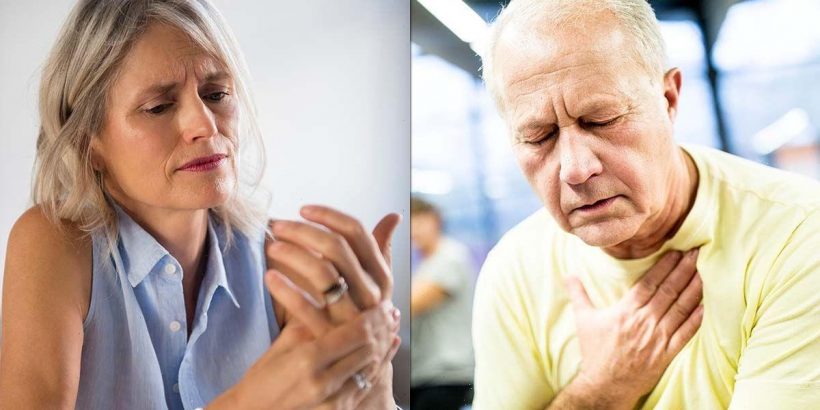 BBC Breakfast: Charlie Stayt reveals in 2014 that he had gout

Furthermore, gout is the most common form of inflammatory arthritis in the UK, affecting just shy of one-and-a-half percent of adults.

In the past, gout had been linked to heart and circulatory disease, but this is the first study which has directly linked the condition to what are known as “cardiovascular events”, strokes and heart attacks.

The study on the link between gout flare-ups and heart attacks comes courtesy of a partnership between the University of Nottingham and Keele University who studied the health records of more than 62,000 patients.

Of the 62,000, 10,475 experienced a cardiovascular event; it was from this data that the researchers ascertained those who suffered an event were twice as likely to have had a gout flare-up in the two months prior.

Those who had had a flare-up between two and four months before the event were one and a half times more likely to have a heart attack or stroke. 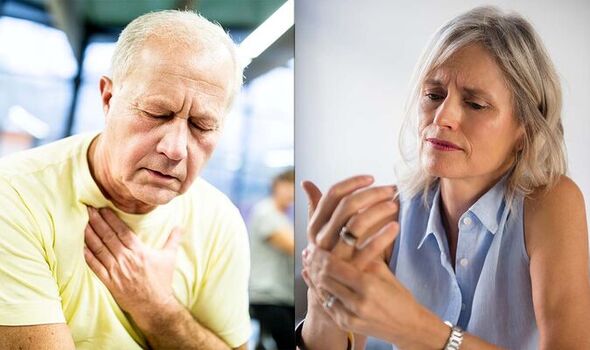 Speaking about the study, the University of Nottingham’s Professor Abhishek Abhishek said: “This is the first study of its kind to examine whether there is an association between gout flares and heart attacks and strokes.”

Professor Abhishshek was the lead author on the study, he added: “The results show that among patients with gout, patients who experienced a heart attack or stroke had significantly increased odds of a gout flare during the preceding 120 days compared with patients who did not experience such events. These findings suggest that gout flares are associated with a transient increase in cardiovascular events following flares.”

With regard to what actions patients should take, Professor Abhishek said: “People with gout should be encouraged to adopt a healthy lifestyle with appropriate treatment of conditions such as high blood pressure, high cholesterol, obesity and diabetes to minimise their background risk of heart attack and stroke.”

Furthermore, the professor said long-term treatment such as urate-lowering treatments could be recommended as these remove urate crystal deposits alongside anti-inflammatory treatments.

What are the symptoms of gout?

The main symptoms of gout are sudden and severe joint pain. The NHS says these are “usually your big toe, but it can be in other joints in your feet, hands, wrists, elbows, or knees”.

Furthermore, the skin around the joint will be hot, swollen, and red.

How long does a flare-up last?

Flare-ups are not a short-term experience with the potential to last for days, even a week. 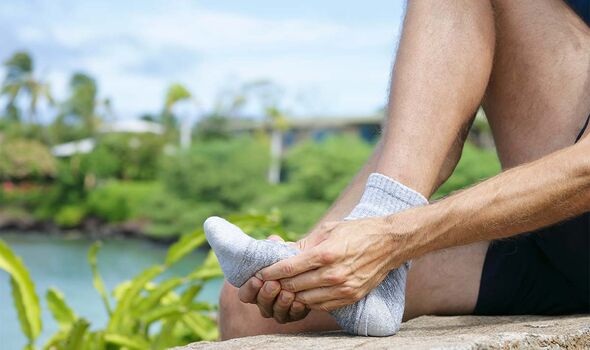 How are flare-ups treated?

Flare-ups can be managed in several ways. The NHS recommends the consumption of any medicine the patient has been prescribed as soon as possible. It adds medicine “should start to work within two days”.

As well as taking medication to ease the pain, raising and resting the limb is key as well as making sure it remains cool.

Gout flare-ups can be unpredictable, there are few ways of telling when it could come back, sometimes people can go months or years between flare-ups.

However, there are a few ways to prevent it coming back, such as through uric-acid lowering medication; people with gout tend to have high levels of this acid in their blood. 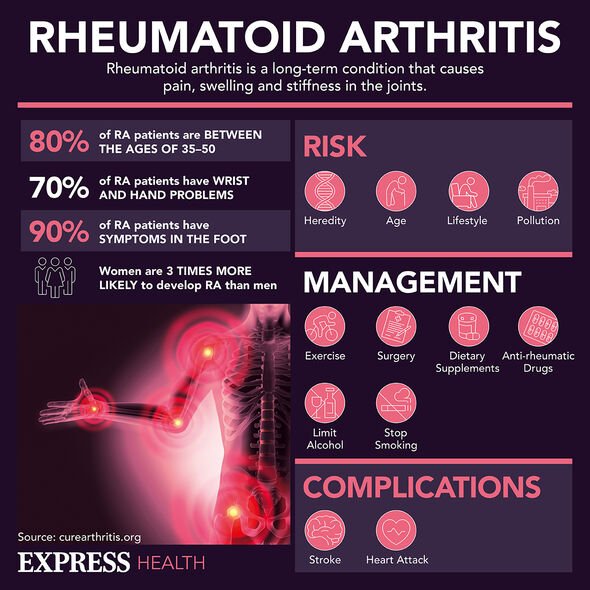 Flare-ups don’t normally happen in isolation, they can be, and are, often triggered by something else.

Such triggers include:
• An illness which causes a high temperature
• Drinking too much alcohol
• Eating a large, very fatty meal
• Dehydration
• Injuring a joint
• Taking certain medicines.

Some of these triggers can be avoided through taking measures such as alcohol free days, eating a healthy, balanced diet, and staying hydrated.

The most important thing with a flare-up, say the NHS, is to: “Get treatment immediately if you feel an attack starting.”