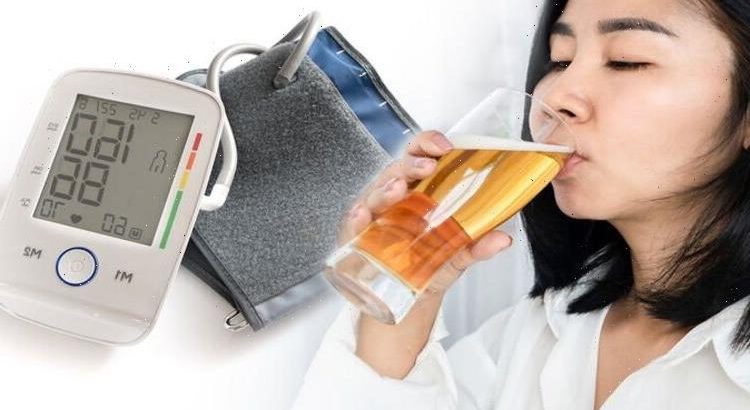 When a person’s blood pressure is too high, it puts extra strain on the blood vessels, heart and other organs, such as the brain, kidneys and eyes. Persistent high blood pressure can increase your risk of a number of serious and potentially life-threatening health conditions, such as heart disease. Reducing, or even better, abstaining from a certain drink has been shown to have significant benefits to your reading.

Alcohol from fermented grain, fruit juice and honey have been used for thousands of years.

Today, alcoholic beverages are consumed regularly all around the world.

But studies have established the association between high alcohol consumption and hypertension.

Although the mechanism through which alcohol raises blood pressure remains elusive.

In a study published in the National Library of Medicine, alcohol and its impact on hypertension were further investigated.

The study looked at the mechanisms implicated with alcohol-induced hypertension and the strategies to control, prevent or to treat alcohol-induced elevation of blood pressure.

It noted: “Recent epidemiological and clinical studies have demonstrated that chronic ethanol consumption (more than three drinks per day, 30 g ethanol) is associated with an increased incidence of hypertension and an increased risk of cardiovascular diseases.

“The magnitude of the increase in blood pressure in heavy drinkers’ averages about 5 to 10 mmHg, with systolic increases nearly always greater than diastolic increases.

“There is increasing evidence that alcohol initiates central as well as peripheral reactions which in a synergistic manner have a hypertensive action.

“In addition, alcohol induces an increased sympathetic outflow, most probably linked to secretion of corticotropin-releasing hormone.

“Some investigators have suggested that the association between alcohol and hypertension is related to the temporal sequence of alcohol use and blood pressure measurement.”

The study also analysed strategies for the control, prevention and treatment of alcohol-induced hypertension.

It showed that a reduction in alcohol intake is effective in lowering the blood pressure both in hypertensives and normotensives and may help to prevent the development of hypertension.

Heavy drinkers who want to lower blood pressure should slowly reduce how much they drink over one to two weeks.

In another study published in the Lancet, the effect of a reduction in alcohol consumption on hypertension was further looked at.

The study found that in people who drank more than two drinks per day, a reduction in alcohol intake was associated with increased blood pressure reduction.

“For the UK, the results would translate into more than 7000 inpatient hospitalisations and 678 cardiovascular deaths prevented every year.”

It concluded that implementation of effective alcohol interventions in people who drink more than two drinks per day would reduce the disease burden from both alcohol consumption and hypertension, and should be prioritised in countries with substantial alcohol-attributable risk.