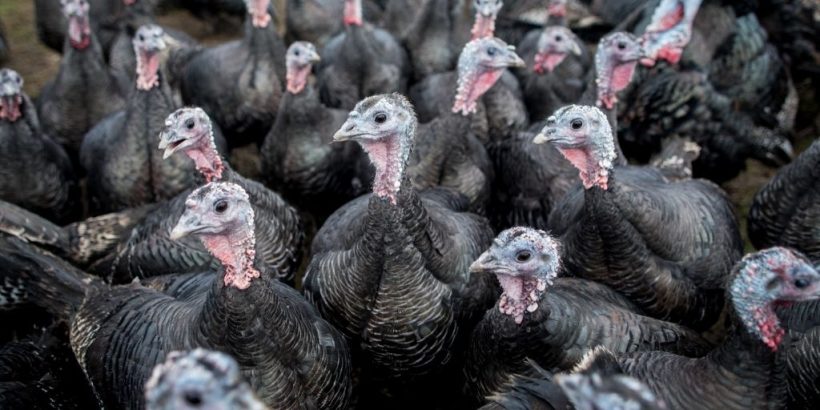 A highly pathogenic strain of bird flu was detected in a commercial turkey flock in Dubois County, Indiana, the U.S. Department of Agriculture (USDA) reported on Wednesday (Feb. 9). State officials said that 29,000 turkeys have now been culled to prevent the virus’s spread, Reuters reported.

Avian influenza, or bird flu, can infect poultry, such as chickens and turkeys, as well as free-flying waterfowl like ducks, geese and shorebirds, the USDA statement notes. The highly pathogenic strain detected in Indiana turkeys is known as H5N1 and was first spotted in wild bird populations in North and South Carolina last month, according to the Des Moines Register. Wild birds in eastern Canada also tested positive for the virus around that time, MPR News reported.

Then, on Monday (Feb. 7), an Indiana farmer found about 100 dead turkeys in one of his barns and saw that the surviving turkeys appeared lethargic, the IndyStar reported. The farmer called in a vet to collect samples from the birds, which were then processed at the Indiana Animal Disease Diagnostic Laboratory at Purdue University and confirmed at the USDA’s Animal and Plant Health Inspection Service (APHIS) National Veterinary Services Laboratories in Ames, Iowa. These tests revealed that the birds had been killed by highly pathogenic avian influenza (HPAI).

“This is the first confirmed case of HPAI in commercial poultry in the United States since 2020,” the USDA statement reads. And it’s Indiana’s first case of H5N1 infection amongst commercial poultry since 2016, Reuters reported. During that 2016 outbreak, more than a dozen commercial flocks in the state were affected and upwards of 400,000 birds were culled, according to the IndyStar.

State officials soon instituted a quarantine at the affected farm and all farms within a 6.2 mile (10 kilometers) radius, the IndyStar reported. The quarantine has affected 18 operations in total and likely a few hundred thousand birds, Denise Derrer Spears, the spokeswoman of the Indiana State Board of Animal Health, told the IndyStar. Farms in this quarantine zone must test their birds for avian flu at least once a week; so far, no additional cases beyond the original farm have been detected, Derrer Spears said.

This strain of avian influenza is a concern because on rare occasions, humans have caught H5N1 “after direct or close contact with sick or dead poultry that were infected with the virus,” according to the Centers for Disease Control and Prevention (CDC). In humans, H5N1 can cause severe respiratory illness, including pneumonia and respiratory failure, and can cause death in some people. It does not spread easily between people.

—Top 7 germs in food that make you sick

—The deadliest viruses in history

Regarding the current U.S. outbreak, “avian influenza does not present an immediate public health concern. No human cases of these avian influenza viruses have been detected in the United States,” the USDA notes. No birds from the affected flock in Indiana will enter the food system, the statement notes.

And “as a reminder, the proper handling and cooking of poultry and eggs to an internal temperature of 165 F [73.8 degrees Celsius] kills bacteria and viruses,” so safe food handling practices would be enough to kill off the H5N1 virus, according to the USDA.

Nicoletta Lanese is a staff writer for Live Science covering health and medicine, along with an assortment of biology, animal, environment and climate stories. She holds degrees in neuroscience and dance from the University of Florida and a graduate certificate in science communication from the University of California, Santa Cruz. Her work has appeared in The Scientist Magazine, Science News, The San Jose Mercury News and Mongabay, among other outlets.