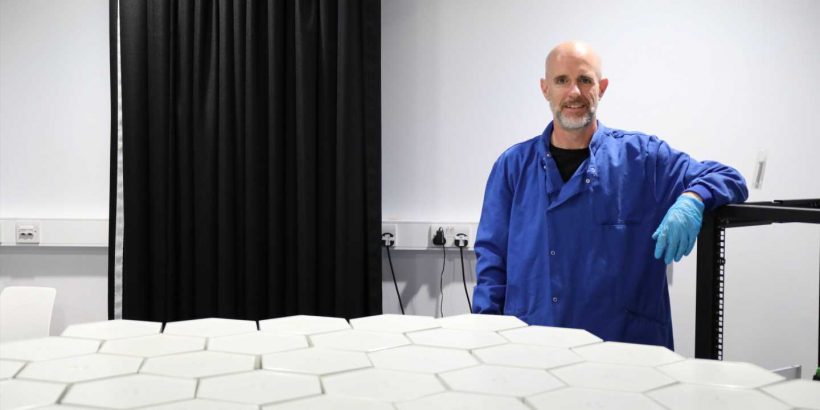 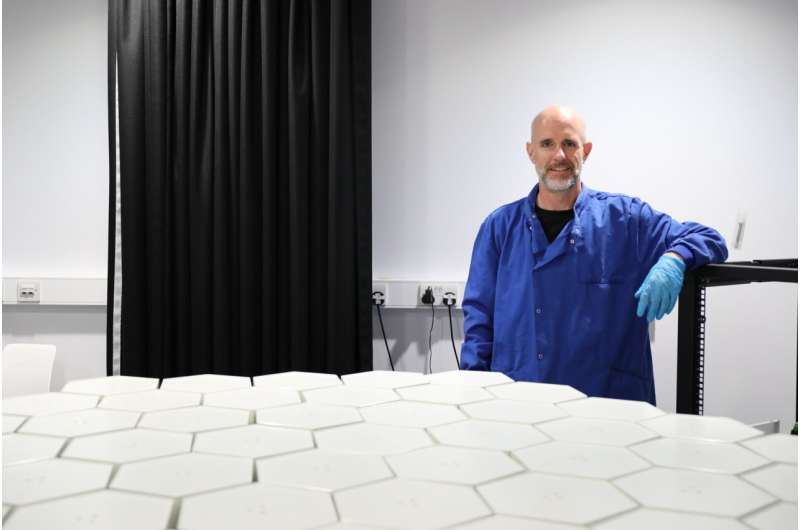 Researchers at the Sainsbury Wellcome Centre at University College London have discovered that the hippocampus creates a vector-based representation to support animals to make optimal navigation decisions.

Published today in Nature, the researchers report results which go a long way to solving the problem of how hippocampal place cells contribute to flexible navigation. They report that during navigation to a goal, place cells represent information about the direction and distance to the goal in addition to their well-established representation of the animal’s current location. They uncovered this goal-directed information using the honeycomb maze, a behavioral apparatus, which breaks up navigation to a goal into a succession of binary choices.

The maze consists of 61 individually raiseable platforms. While on each individual platform, the rat is given the choice of two adjacent platforms to move towards the goal and, to be successful, should choose the one closest to the goal direction. The animal continues through these iterative choices until the goal is reached. The task thus allows systematic analysis of the navigational decisions an animal makes on its progress to the goal. At each choice point, the place cells report direction and distance to the goal as well as the animal’s current location.

“The honeycomb maze is very different to other behavioral tasks in neuroscience as we can use it to present animals with a series of choices of platforms to navigate towards a goal. This allows us to look at iterative decision-making during navigation,” said Dr. Jake Ormond, Senior Research Fellow in the O’Keefe lab and first author on the paper.

While rats were taking part in the honeycomb maze task, Dr. Ormond and Professor John O’Keefe recorded from place cells, a class of neurons first discovered by Professor O’Keefe that collectively form an internal representation of space. These recordings allowed them to look at how spatial representation relates to spatial action in place cell activity.

The activity of a subgroup of individual place cells creates a vector field oriented to unmarked locations called convergence sinks (ConSinks) dotted around the maze and surrounding space but concentrated near the goal. At the place cell population level, the overall vector field points to the goal location from every point on the maze providing a signal that the animal can follow to get to the goal.

“When we looked at the firing rate of all the cells, we found that the population fires most strongly when the animal is facing the goal. We also found that individual place cells have preferred locations, which we named ConSinks. These ConSinks were scattered throughout the environment, but collectively they were densest around the goal,” commented Dr. Ormond.

In addition, however, the firing also provides information about other directions and ranks them in terms of how good each would be in getting the animal to the goal if it could not take the direct approach. For example, going in the direction 45° away from the goal direction would be ranked as better than going 90° away from it. The existence of this signal answers the question as to how animals can find their way to a goal when the direct pathway is blocked.

If these population vector signals are useful for navigating to a goal, then they should change in an appropriate manner when the goal location is changed. And this is exactly what the experimenters found. After retraining the animals to find a new goal, the vector fields and ConSinks shifted towards the new goal and continued to shift closer towards it with further experience.

The study suggests that the hippocampal place cells are forming a vector-based representation to support navigation decisions. Vectors are defined as having both a direction and a length, and vector fields provide a vector at each location in the environment. Importantly, it is only at the cell population level that the vector fields point to the goal: the hippocampus acts as a whole to underpin navigation.

The next step for the researchers is to explore how the ConSink positions are determined by specific cues in the environment and by the animal’s own self-generated path-integration signals about how far and how fast it has traveled. They also plan to use the behavioral task to explore other regions of the brain that are involved in spatial navigation including the subicular areas, that are adjacent to the hippocampus, and the entorhinal cortex, which contains grid cells. The experimental paradigm is ideally suited to dissecting the role of the hippocampus in animal models of Alzheimer’s disease where a failure of flexible navigation is one of the earliest signs of the disease.