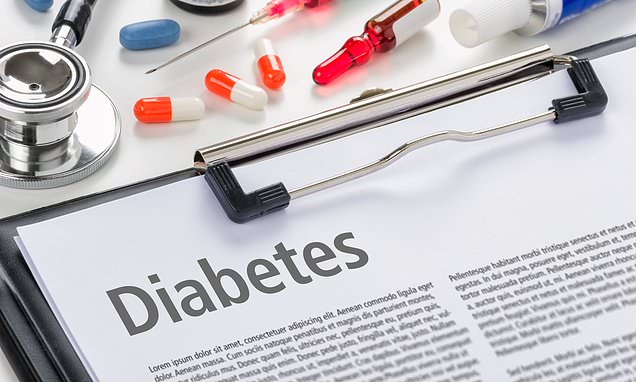 Hope for a diabetes cure where the body heals ITSELF: Scientists discover cells in the pancreas could be ‘manipulated’ into producing insulin on their own

The human body could one day be tricked into curing itself of diabetes, scientists believe.

Researchers have found cells in the pancreas can be manipulated into producing insulin – the blood-sugar lowering hormone.

Tests on mice showed that when beta cells – which make insulin – are wiped out in mice, their surrounding cells step in and start producing it.

The researchers hope their discovery will lead to a drug that coaxes more of these cells into making insulin in humans, opening up a ‘totally new form of treatment for diabetes’. 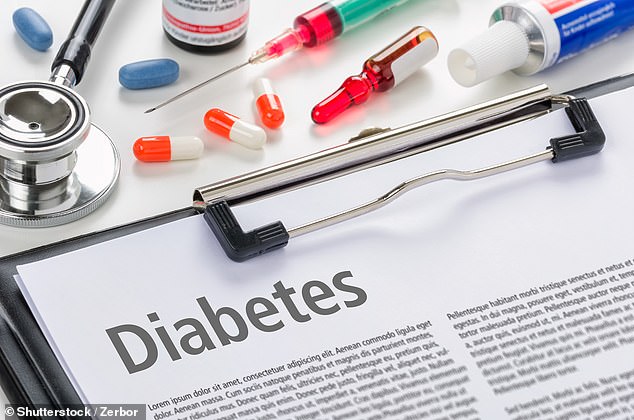 The research was carried out by the universities of Bergen, Norway, and Geneva, Switzerland.

It was led by Valentina Cigliola, a former postdoctoral fellow in Geneva, who now holds the same post at Duke University.

‘We are possibly facing the start of a totally new form of treatment for diabetes, where the body can produce its own insulin, with some start-up help,’ study author Luiza Ghila, a researcher in the department of clinical science, Bergen, said.

Type 1 diabetes occurs when beta-cells in the pancreas fail to produce insulin, while type 2 is defined as not enough insulin being made or the body failing to respond to the hormone.

More than four million people in the UK are living with diabetes, Diabetes UK statistics reveal. And the disease affected 30.3million Americans in 2015, according to the American Diabetes Association.

In both countries, around 90 per cent of diabetes patients have type 2, which is associated with being overweight.

To test the adaptability of cells in the pancreas – where beta cells are found – the researchers injected rodents with the diphtheria bacteria, which wiped out the animals’ beta cells in just ten days.

After one month, one-to-two per cent of the rodents’ alpha cells started producing insulin.

Although a small amount, this was enough to trigger the regeneration of beta cells and achieve normal blood sugar levels.

But when just half of the animals’ beta cells were removed, none of the alpha cells started making insulin.

This ‘confirms that alpha-cells start insulin expression only in [a] massively ablated [pancreas]’, the authors wrote.

This is likely due to the ‘pressure to preserve cell identity in highly specialized cells implicated in vital metabolic processes’, they wrote.

The scientists hope future diabetes treatments could manipulate these signals to allow more alpha cells to produce the hormone.

‘If we gain more knowledge about the mechanisms behind this cell flexibility, then we could possibly be able to control the process and change more cells’ identities so that more insulin can be produced,’ Ms Ghila said.

And it may not just be good news for diabetes patients.

‘The cells’ ability to change identity and function may be a decisive discovery in treating other diseases caused by cell death, such as Alzheimer’s disease and cellular damage due to heart attacks,’ Ms Ghila added.

WHY DO DIABETICS INJECT INSULIN?

Insulin is a hormone made in the pancreas, an organ in your body that helps with digestion.

Insulin helps your body use glucose – which comes from sugar in the food and drink you consume – for muscle energy.

Glucose is initially absorbed by the gut from food and passed into the blood, where the body decides what to do with it.

Insulin makes this decision by regulating how much sugar moves from the blood into the blood cells, muscles or fat cells, where it can be used up or stored.

But diabetes can mean the pancreas does not make any insulin, it doesn’t make enough, or the insulin it does make doesn’t work properly.

This can lead to the levels of sugar in the blood becoming dangerously high or low – which can cause fatigue, feeling hungry or thirsty, or in extreme cases life-threatening coma.

To avoid this and stop blood sugar getting too high, diabetics can inject insulin into their body as a medication to bring their blood sugar down.