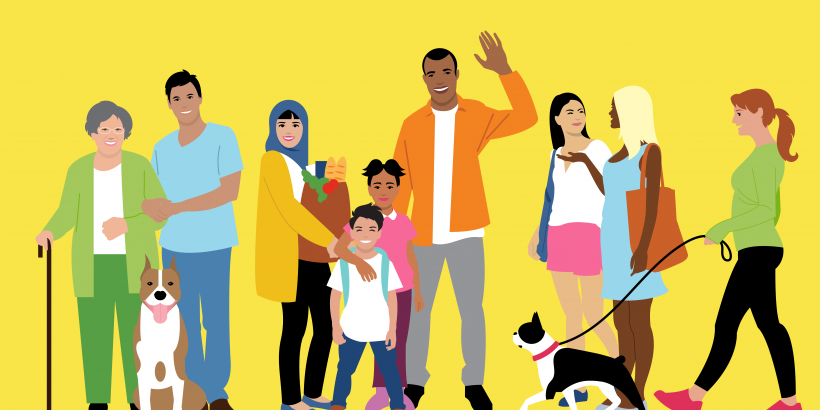 Jason, a father from Jackson, New Jersey, found himself in exactly that position. He has a steady job as an insurance claims investigator, but his company doesn’t provide health insurance.

In the past, his wife’s career as a teacher provided the family’s insurance coverage.

But with a preschool-aged daughter and the new addition of twins last year, it became much more difficult for both parents to return to work. They tried a number of different solutions, but ultimately decided that Jason’s wife would stay home with the kids, and they’d make it work somehow.

When Jason’s wife left her job in August, she was immediately dropped by her insurance, and new insurance plans wouldn’t start coverage until the following October. That meant one month of paying out of pocket for all prescriptions and medical expenses, and hoping it didn’t push them over their budget right away.

This isn’t the first time they’ve been uninsured. After the birth of their first daughter, at the height of the 2008 recession, Jason’s wife was unable to find a new teaching job for 18 months. Knowing what lay ahead, Jason spent time investigating available healthcare plans and other ways to save.

Jason came across GoodRx while looking for ways to reduce their healthcare costs. Unsure of how GoodRx’s discounted prices worked, he called several pharmacies and was relieved to hear that they were all familiar with GoodRx.

Jason looked on the GoodRx website and found he could save on several of his anxiety medications, but he would have to go to two different pharmacies to get the lowest prices. He figured he could try using the coupons for one pharmacy first, so he called to transfer his prescriptions. Jason was absolutely thrilled when they accepted the discounts at the checkout counter! So, he did the same thing with the other pharmacy.

At his old pharmacy, Jason would have had to pay $938 for a month’s worth of all his medications. But with GoodRx, that number was reduced to $243, just a little more than what he would have paid for his Wellbutrin XL prescription alone. Altogether, that’s nearly 75% saved!

If Jason had remained uninsured, that would mean savings of around $8,340 a year. Thankfully, Jason and his family had insurance again by the end of the month. Even so, he will keep checking GoodRx for lower prices than his copay before every refill.