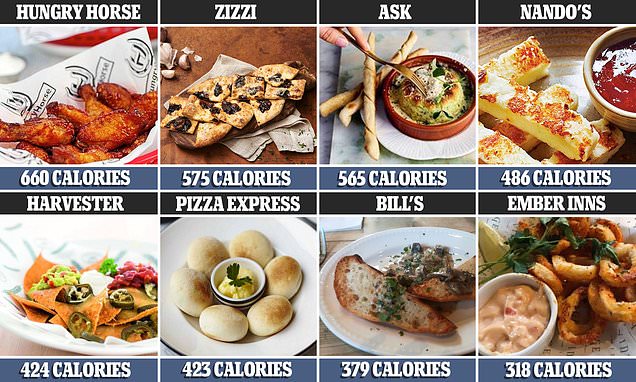 How starters at YOUR favourite chain restaurants such as Nando’s, Zizzi and Hungry Horse can have more calories than main courses are supposed to

A quarter of starters served in Britain’s top restaurant chains contain more than 600 calories – more than what is recommended for a main meal.

Hungry Horse – a chain of pubs across the home nations – fared the worst, with an average starter containing 660 calories.

Ember Inns and Vintage Inns, with hundreds of pubs across the nation, were on the lower end of the scale, with around 320 calories per starter.

Researchers at University of Liverpool analysed more than 1,000 dishes at chain and fast food restaurants, including desserts and sides.

They uncovered some shockingly high-calorie servings. For example, they found a side of chips at JD Wetherspoon contains 955 calories.

And, despite fast food outlets getting a bad wrap, a typical dessert at KFC, Burger King and McDonald’s contains half the calories of the worst sit-down restaurants. 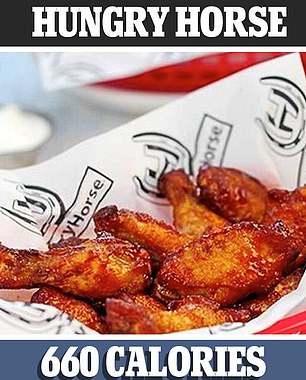 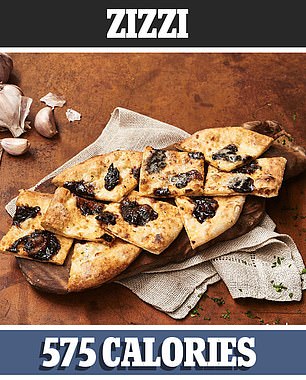 Hungry Horse and Zizzi had the most calorific starters of all chains. The average starter at Hungry Horse (left, its chicken wings) had 660 calories, while at Zizzis (right, its garlic bread with mozzarella) the number was 575 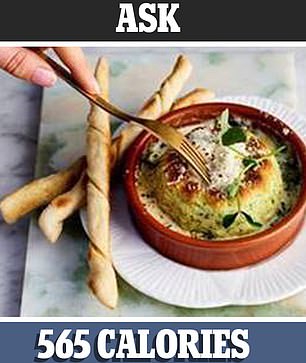 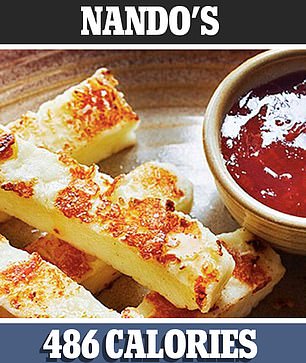 The plans have been met with controversy – the Treasury has pushed back on the calorie labelling plan while charities say it’s essential to slash obesity figures.

Despite the debate, it’s believed this is the first study to actually highlight how calorific eat-out meals are in the UK.

Dr Magdalena Muc, of The Institute of Psychology, Health and Society, led the team. The findings were published in the British Medical Journal.

A total of 27 restaurants’ menus were analysed, based on which were most popular and provided nutritional information.

This included fast-food companies such as KFC, Leon and Subway, and sit-down restaurants such as Ask, Wagamama’s and Harvester.

Public Health England recommends that adults do not exceed 600 calories for a complete meal at lunch and dinner. 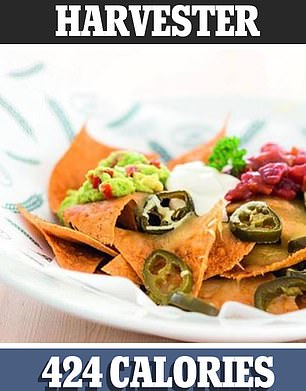 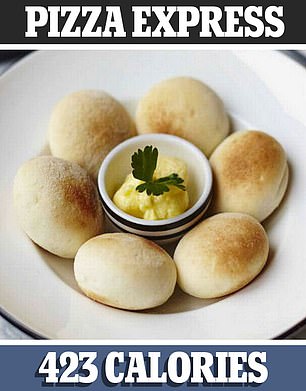 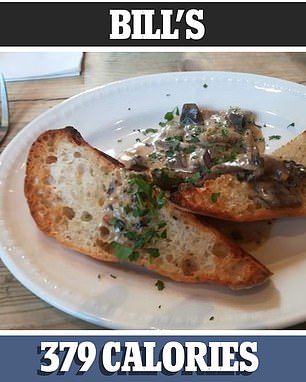 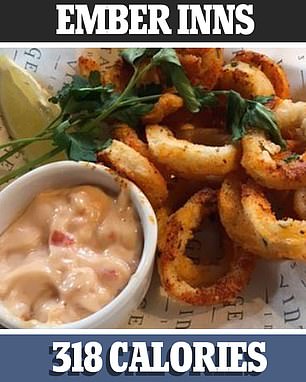 On the lighter end, a starter at Bill’s contains roughly 379 calories. At Ember Inns, that number is 318

However, based on the research, a three course dinner at a top restaurant in the UK would contain a whopping 1,896 calories on average.

Considering recommended daily calories for women is 2,000, and 2,500 for men, it leaves only only five per cent and 25 per cent of calories left respectively.

One in four starters and one in five sides or desserts were more than 600 calories. 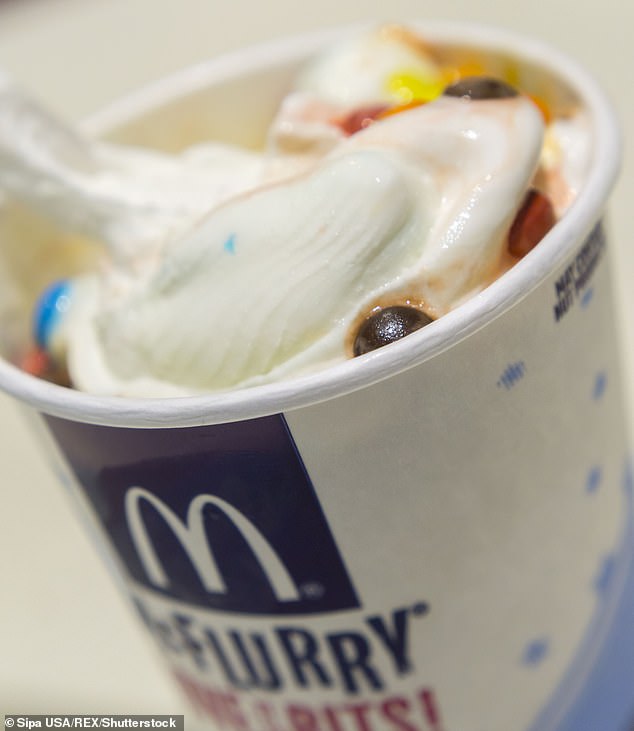 To the academics’ surprise, a dessert in a restaurant with table service was more calorific than a fast food outlet.

For example, ice cream at Hungry Horse contains a hefty 1,223 calories compared to a mere 211 calories in a McDonalds’ McFlurry.

A side of chips comes in at around 505 calories per portion, ranging from the most calorific at JD Wetherspoon (995) to the least at Stone House (107).

And, contrary to popular belief, Burger King, KFC and McDonald’s all came lower in the league. Their chips contain an average 309 calories.

WHERE ARE THE MOST CALORIFIC CHIPS?

WHERE ARE THE MOST CALORIFIC DESSERTS?

The authors wrote: ‘The energy content of sides, starters and desserts sold in major UK restaurants is high.

‘Overweight and obesity are now common in most of the developed world. For example, in the UK, two in three adults and one in three children are now classed as having overweight or obesity.

‘Although obesity is a multifactorial disease, it is clear that changes to the food environment have been a key factor driving the global obesity epidemic.

Eating out is increasingly common, done by 39 per cent of adults at least once a week, according to a 2015 study by University of Cambridge.