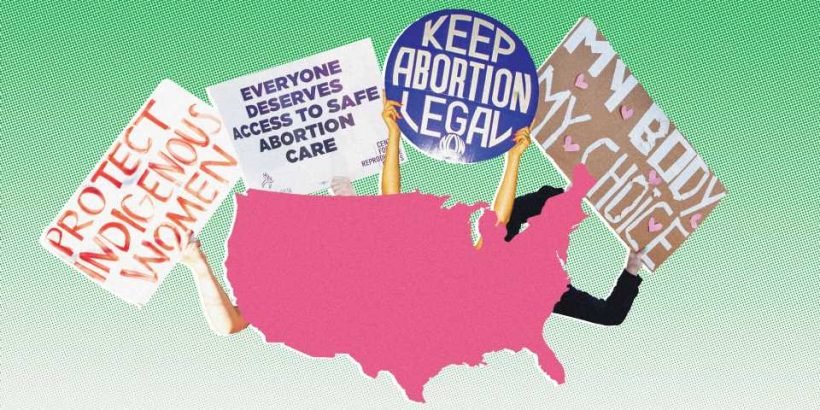 We’re not even halfway into the year, but 2019 has already been marred by an alarming influx in restrictive anti-abortion legislation. If the recent legislation has you wondering how to protest the abortion ban in your city, you’re not alone. The near-total ban on abortion in the state of Alabama has sent shockwaves across the country.

On May 15, Alabama’s Gov. Kay Ivey signed the most extreme anti-abortion bill into law, making abortion illegal in virtually every case. The only way a woman can legally have an abortion is if there’s medical proof that the fetus will not survive or if the mother’s life is at risk. The law does not include exceptions for cases of rape or incest, which is incredibly alarming and a huge blow to victims.

A total of eight states have passed laws that severely limit access to abortion this far: Arkansas, Kentucky, Mississippi, Utah, Ohio, Georgia, Alabama, and Missouri. In fact, a total of 41 states in the country have introduced more than 250 anti-abortion measures since the start of this year. Many people who support a woman’s right to choose took to social media to express their concern and frustration with the passing of this law and other anti-abortion legislation in the U.S. And this mass public outcry has inspired the organization of protests all across the nation.

If you also feel alarmed and concerned for the women of these states (and women in general), here’s how to take action.

Protest Alongside the #StopTheBans Movement

The ACLU, the Women’s March, Planned Parenthood, and countless other pro-choice organizations have partnered to create the #StopTheBans movement — a series of public gatherings and events organized across the country to protest against this wave of anti-abortion legislation.

The #StopTheBans Day of Action — the movement’s hallmark event — took place on May 21, where protesters in all 50 states and Puerto Rico marched to voice their concern over recent anti-abortion legislation. “This Tuesday, May 21st at noon local time at statehouses, town squares, and courthouses across the nation,” the #StopTheBans site states, “we will show up to speak out and fight back against this unconstitutional attempt to gut Roe and punish women.” More than 500 demonstrations were organized and thousands of protesters participated in the nationwide movement.

If you happen to have missed the flagship May 21 protest or couldn’t make it, you can still get involved in important ways. There are other affiliated protests set to take place throughout the week and well into June. Take a look at the #StopTheBans site to find the closest event near you to attend.

Don’t see an event that’s close enough to you? You can organize your own. The #StopTheBans site gives you the option to register your own event in support of the nationwide movement. You can make your event open to the public or private, register it for any date, and choose whatever medium suits your protest style. Whether it’s a peaceful protest in a public space or a fundraiser, any action that you want to take is welcome.

If you can’t make it to a protest or don’t have the time to organize your own, you can donate to organizations that are fighting for abortion rights and accessibility, both on the federal and state level. Donating to Planned Parenthood, the ACLU, and NARAL Pro-Choice America is always a great way to support the fight for reproductive rights. You can also choose to give to a specific state or region of the country where the support from national organizations support might not be as strong. Planned Parenthood Southeast, for example, covers Alabama, Georgia, and Mississippi, so you might want to consider targeting your donation to regions where abortion access more restrictive.

There are also a number of grassroots organizations that are helping fight anti-abortion legislation in specific states. One organization that’s been getting a ton of attention is the Yellowhammer Fund in Alabama, which directly supports one of the state’s only three abortion clinics. In the short time since Alabama passed their abortion ban, Yellowhammer has garnered enough donations to fund three times as many abortions as last year. Other local organizations worth donating to include the Mississippi Reproductive Freedom Fund, the Gateway Women’s Access Fund in Missouri, the Ohio-based organization Women Have Options, Access Reproductive Care – Southeast, and the National Network of Abortion Funds.

Volunteer as an Abortion-Clinic Escort

Donating your time to support women that face scrutiny from pro-life protesters and other hardships at abortion clinics is just as valuable as donating your money. Volunteers essentially accompany women from their cars or other modes of transportation into the clinic in an effort to make them feel safe and fully confident in their decision — whatever that decision may be.

Not every abortion clinic will need as much volunteer support as others, depending on the demographics of its location. The best way to find out which local clinics are most in need is to search for a provider on the National Abortion Federation site, find out which clinics are closest to you and contact them to ask about what their volunteer needs are.