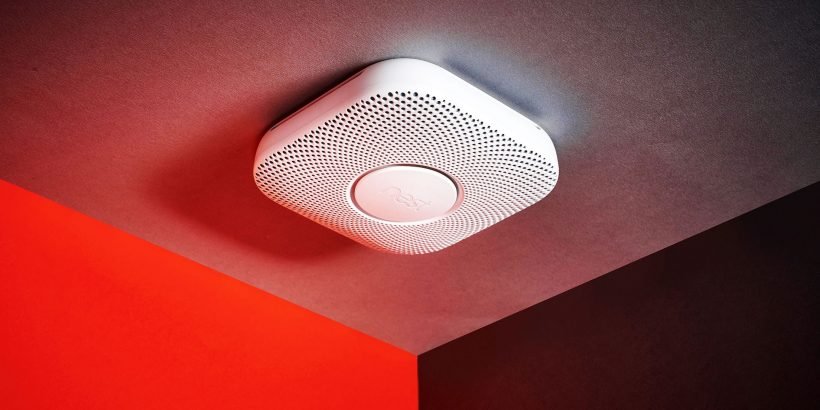 I call it the winter ninja: Carbon Monoxide (CO) is a colorless, odorless, lethal gas formed in the break down of carbon. So lethal in fact that it is currently the worldwide leader in deaths due to a toxin. Far more deaths occur in winter months as CO is emitted by home heating units, but vehicles that have catalytic converters also give it off. As CO is a part of our everyday lives, its prevalence is the cause of its deadly impact. As a 10-year-old boy I gained unwelcome first hand knowledge of the dangers of CO, story to follow.

Click here to learn more about the Men’s Health expert advisory board.
.

Please understand this next portion is in no way a slam on my parents. I did grow up somewhat unique by modern American standards, but am forever thankful for the combination of love, support, hard work and risk that made me who I am. Both my older brother and I went on to serve in U.S. Special Operations and are among the two most successful people to hail from Lima our hometown of 200 people nestled on the eastern slope of the Montana Rocky Mountains. Some descriptive memories include getting kicked out of bed at 3 a.m. to get firewood off the forestry land under the cover of darkness before school (good for the forest, still illegal); chasing our pet wolf miles through the forest when it would chew through it’s metal cable and escape; and regularly riding in the back of my dad’s 1970 ¾-ton red Ford pickup. It was the back of the truck that came within minutes and miles of ending my story prematurely.

Just before a long drive to look at houses to rent, my dad put a camper on the back of his truck. Though we were used to riding in the back of the tuck, the open air had previously diluted the CO to safe levels. My dad was big on “mission planning” to avoid backtracking, so the drive out was split up between stops to get out and explore the land, with the longest stretch on the way home. Midway through the ride back, my brother and sister had fallen asleep at the end near the tailgate and I was near the cab awake, but developing a headache.

The author (in a purple tank) with his family around the time when he was poisoned.
Courtesy

We stopped at McDonald’s to reward a long day of good behavior, a rare treat at the time due to my parent’s financial constraints and health consciousness. Walking through the restaurant we stumbled onto other tables, our parents getting agitated thinking we were clowning. We didn’t feel well, but no chance we were not going to indulge in the chicken nugget luxury before us. For a reason I cannon remember after McDonald’s I was moved to the cab for the rest of the trip home and promptly threw up in my lap once the truck started moving. Maternal instincts now alerted, my mother figured it out and immediately had my dad stop to pack my brother and sister into the cab. As funny as it sounds chicken nuggets saved my life. Without the uncharacteristic McDonald’s stop to break up the home stretch I am certain my siblings and I wouldn’t be here. That’s why CO is so dangerous. Here’s how to stay safe.

In your blood, the hemoglobin molecules are like little boxcars, each with four seats to carry oxygen to the tissues where it is needed to facilitate life in your cells. CO is structurally similar enough to oxygen that your body will let it race in and fill these seats, and it is 200 times better at it than oxygen! Thus the blood train takes off full like it’s supposed to circulating to feed the tissues, but there is far less oxygen on board than your body was hoping.

Normal blood levels of CO range from 2 to 3 percent, cigarette smokers are generally in the 6 to 10 percent range, and regular Hookah smokers go up to about 15 percent. Poisoning symptoms will occur around 20 percent and over 25 percent carries a significant risk for permanent damage to your most heavily oxygen dependent tissues like the brain and heart. Beyond just the initial hypoxic insult, CO also sets off a severe inflammatory response, which continues to attack the tissues well after normal oxygen levels are restored and can lead to permanent brain damage weeks to months after the event.

What to Look Out For

CO toxicity makes you feel like you have the flu. Headache and fatigue will be standout symptoms and look for muscle aches, nausea, vomiting, and loss of balance. Due to the heart’s high oxygen demand chest pain, shortness of breath, and passing out also occur. CO is a gas that spreads throughout the immediate environment, so be very concerned if multiple people in the same house develop flu symptoms at the same time. Further, all mammals have similar CO physiology, so the dog also acting sick is a huge red flag. Because CO is essentially invisible this is why it’s critical to have working CO alarms (such as the Nest Protect dual smoke and CO alarm) in your house: Within 10 feet of the internal door to your garage (if it is attached), at the top of the basement stairs, and on every level.

If any suspicion of CO poisoning at all the first step is to get out into the open and prevent further exposure. All toxins are dose dependent. It is then strongly recommended to go to your nearest ER to get checked out. The provider can order a simple blood test called co-oximetry looking for a carboxyhemoglobin level. Of note medical tradition is to get a painful arterial blood draw to test for this. It is more recently accepted that a standard venous blood draw is adequate and that’s what I would request if getting checked.

The treatment for CO toxicity is oxygen, and based on your symptoms and levels this will range from a face mask called a non-rebreather all the way to a hyperbaric chamber, which is generally used in dive injuries and wound care. The half-life (time for ½ the concentration of a substance to leave the body) of carboxyhemoglobin is 4 to 6 hours breathing room air, 1 hour on 100-percent oxygen through the non-rebreather mask, and 20 to 30 minutes at a standard pressure in a hyperbaric chamber. Even if your levels come out OK, it is also important to contact the gas company and get your house checked out.