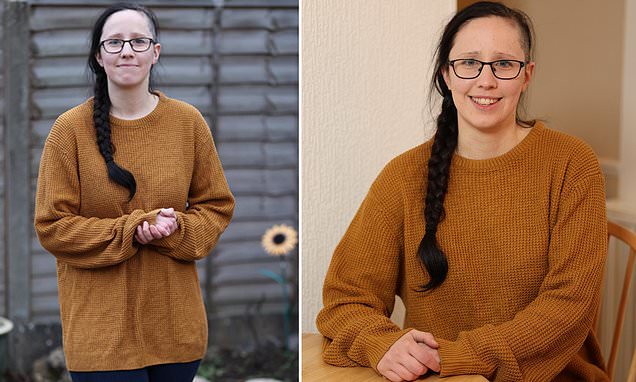 How your HEARTBURN could be to blame for your headaches: Woman, 26, ‘cures’ painful condition by cutting certain foods from her diet

Having heartburn every few days had almost become a way of life for Georgie Robbins.

It began at age six, and she could barely remember a time when she did not experience the burning sensation in her throat.

But she never connected the two. That is, not until 18 months ago when she ‘cured’ her heartburn by cutting out certain foods — wheat, eggs and dairy — from her diet.

‘I was amazed,’ says Georgie, who runs a catering business in Wells, Somerset. ‘Not only did the burning pain stop every time I ate, but my migraines, which had become daily, just vanished — almost overnight. It was an absolute miracle.

‘I never had one without the other,’ she says. ‘But it never occurred to me that they might be linked.’ 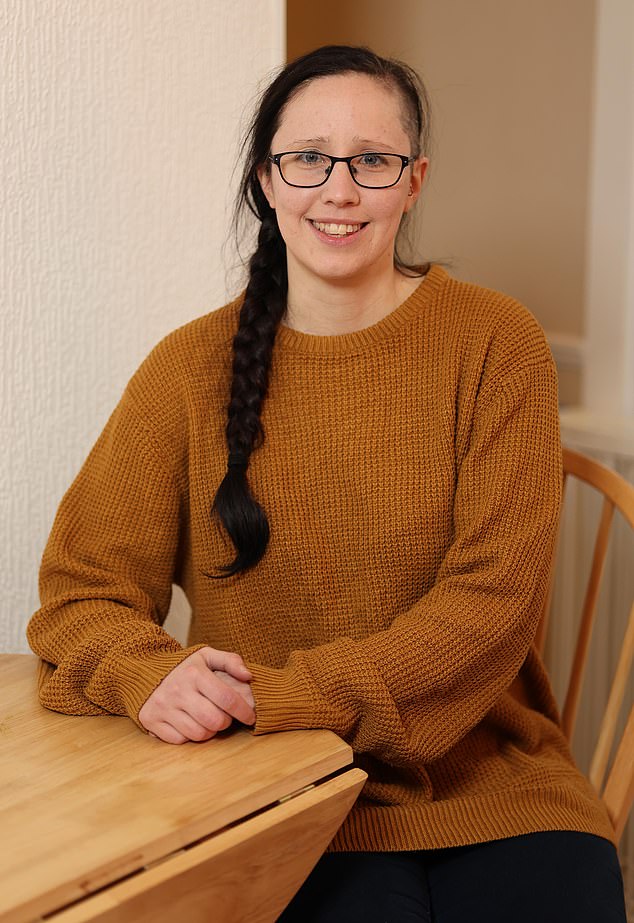 Having heartburn every few days had almost become a way of life for Georgie Robbins. It began at age six, and she could barely remember a time when she did not experience the burning sensation in her throat

The idea that heartburn, known as reflux, and headaches are associated might seem unlikely. Heartburn happens when stomach acid flows back up the oesophagus.

There are several causes. A weakening of the sphincter that should clamp the entrance to the stomach shut or certain foods can set it off, for example.

Other triggers include a hiatus hernia (when part of the stomach pushes up into the chest), medications such as antibiotics and iron supplements. If the problem is long term it is called gastroesophageal reflux disease (GERD).

Dr Steve Allder, a consultant neurologist at Re:cognition Health, says studies indicate that between 30 and 50 per cent of people with chronic headache also suffer from GERD.

And those with GERD do appear to get more headaches. A study of 3,600 sufferers published in the Saudi Journal of Gastroenterology found 16 per cent also had daily headaches while 26 per cent had them once or twice a week.

The researchers concluded there was ‘a significant correlation between the headaches and the GERD symptoms’.

Many gastrointestinal disorders such as coeliac disease (where the small intestine is hypersensitive to the protein gluten) and irritable bowel syndrome are connected to headaches.

In a review of 900 articles investigating a link with headaches and published in the Archives of Academic Emergency Medicine in 2016, the researchers said the link to a gastrointestinal problem was often ‘overlooked’. They added that headaches might be ‘cured or relieved by management’ of the conditions.

Georgie, now 26, also had ‘terrible’ regular headaches every few days. But she never connected the two. That is, not until 18 months ago when she ‘cured’ her heartburn by cutting out certain foods — wheat, eggs and dairy — from her diet

He cites a study of 195 children published in the European Journal of Paediatrics that compared young patients attending hospital for migraine and those who’d arrived with cuts and bruises. ‘The children with the headache and migraines were twice as likely to have reflux than the non- headache group, so there is a link.’

Professor Sanders adds: ‘Another thing I’ve seen in coeliac disease is that when people with it go on a gluten-free diet their headaches disappear.

‘This is something that has been recognised, however, it is an area where we’re finding our way in terms of fully understanding the causes but it seems to all boil down to something called the gut-brain axis.’

The gut-brain axis is the way the brain and the gut communicate. Increasingly it’s thought our gut bacteria may play a part in this.

Professor Sanders explains that the gut has its own nerve lining which ‘allows communication to the brain and that can be a two-way street’ — and these messages may lead to changes in the gut or around the brain.

‘So, GERD or acid reflux can lead to headaches and likewise headaches can contribute to gastrointestinal problems,’ says Professor Sanders.

This may help explain why heartburn and headaches often strike when someone feels stressed, suggests Dr Allder. ‘Studies have shown that people who suffer with work-related stress had an increased risk of GERD and that symptoms worsen when stress levels increase, even when on medication,’ he says.

Peter Goadsby, a professor of neurology at King’s College London, says that in some cases headaches may lead to heartburn, triggered by drugs such as non-steroidal anti-inflammatories taken to relieve them.

Another explanation is that because stomach emptying slows before and after a migraine, this ‘would make GERD more noticeable to the patient,’ says Professor Goadsby.

Looking back, Georgie realises her heartburn and headaches were intricately connected.

By the age of ten, Georgie had acid reflux after every meal. ‘But at the same time as the burning in my throat, I’d get hit with a headache. It was so debilitating sometimes I’d have to go to bed and bury my head in my duvet. It was agony,’ she says.

During her school years her mother took her to the doctor several times. ‘But the GP just told us to try eliminating certain foods, suggesting it may be triggered by an allergy and to keep a food diary, which we did for a few days. But it was such a random test for us to do at home we never really worked out what might be the cause.’

She took Gaviscon for the reflux and paracetamol for headaches but the problem kept returning.

‘Two years ago I went to my GP begging for help. I told him I had awful reflux and terrible migraines. He told me that it was stress. He told me that women get stressed sometimes and I should go for a walk and talk to my friends. It made me feel so angry.’

About 18 months ago, Georgie’s pain after eating was so bad it felt as if someone was ‘pouring fire down her throat’; she was also now vomiting after every meal. ‘I stopped eating because I knew what would happen — burning throat followed by agonising migraine,’ she says.

During lockdown she sent off for an allergy test pack — quicker than trying to get an NHS appointment at that time. A few days later, Georgie was diagnosed as being allergic to wheat, eggs and dairy. She cut them out and, within days, her acid reflux vanished, as did her headaches.

Losing weight may help as this relieves pressure on the sphincter at the top of the stomach, as can giving up smoking — smoking causes the sphincter to relax; the same effect can be seen with alcohol, tea, coffee and spicy foods.

Another suggestion is to sleep with more pillows or tilt your bed up at the head end to reduce the pressure on the sphincter.

Over-the-counter remedies include Gaviscon, which forms a protective layer on top of the stomach acid and the drug omeprazole, a PPI or proton-pump inhibitor, which reduces the production of stomach acid (low doses are available to buy).

Professor Sanders says there are anecdotal accounts of patients being prescribed omeprazole for reflux and reporting that their headaches had stopped.

He suggests anyone who thinks their reflux and headaches may be linked to keep a symptom diary noting when either occurs, which they can then show their GP.

‘By simply changing my diet and stopping the reflux, my headaches have gone too,’ she says.

‘I thought I was feeling rotten with headaches and stomach problems were occurring randomly, when all the time they were so obviously linked.’