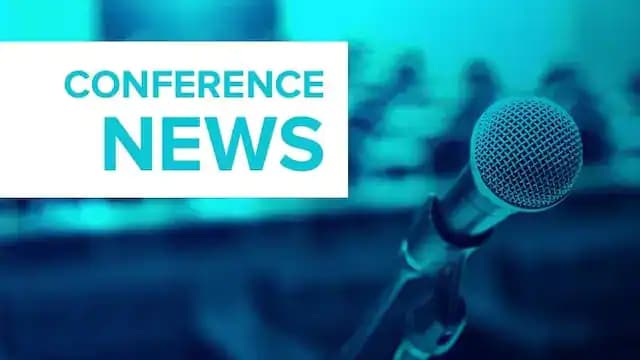 The chances of developing a blood clot after hospital admission for inflammatory bowel disease (IBD) may persist for several months after being discharged, but a new simple score might help clinicians identify patients who are at greatest risk.

The score – which takes eight, easily captured factors into consideration – had a reasonable ability to distinguish between people who did and did not develop venous thromboembolism (VTE), with an area under the curve of 0.71 (95% confidence interval, 0.69-0.72).

“There is clearly an excess of risk for VTE in patients admitted for IBD in the 90 days following their hospital discharge,” said Philip Harvey, MD, a consultant gastroenterologist with the Royal Wolverhampton (England) NHS Trust at the 17th congress of the European Crohn’s and Colitis Organisation.

“We have proposed a risk-scoring system that will be generalizable to patients under the age of 60 using readily identifiable clinical data so that clinicians can identify patients who are at the greatest risk,” Harvey added when presenting the work.

“Surgeons are already discharging select patients on anticoagulation for DVT [deep vein thrombosis] prophylaxis [but] we need to consider this more systematically after medical IBD admissions,” suggested Kochar, who is a gastroenterologist and IBD specialist at Massachusetts General Hospital in Boston.

“This research should spur prospective investigation into type of anticoagulation upon discharge, dose, duration and whether the intervention makes a difference in postdischarge clotting events in patients hospitalized for a flare of IBD,” she added.

The risk and prevention of VTE and arterial thrombosis in IBD patients was the focus of a recent international consensus project in which 14 international IBD experts and three thrombosis experts from 12 countries came together to develop evidence-based guidance. Nineteen statements and 10 core recommendations were made, notably that “patients with IBD should be screened for VTE risk factors” and that “thromboprophylaxis should be given to patients with IBD during hospitalization of any cause and maintained during the inpatient period.”

Although met with a high level of agreement among the expert panel, these recommendations were supported by a low (grade C/D) level of evidence.

The expert panel observed in their conclusions that “development of specific risk-assessment tools for thrombotic complications in patients with IBD are needed, as they might influence management in some clinical scenarios (such as thromboprophylaxis during ambulatory flares).”

Harvey and fellow investigators’ IBD-VTE risk score was created using data from almost 102,000 patients (49,385 of whom were men) with just greater than 201,000 hospital admissions between 2006 and 2019. These data were taken from the Hospital Episode Statistics (HES), a “data warehouse” that collects details of all emergency, routine, and outpatient hospital attendances at NHS hospitals in England.

“The HES database is advantageous due to its size because VTE events are relatively uncommon in this group, and therefore it’s important to capture as many patients as possible,” Harvey explained.

All admissions, from emergencies without surgery to those involving surgery, and those for more routine cases of elective surgery were considered, with the most common (79.3%) admission type being nonsurgical emergencies.

A multilevel logistic regression model was used to identify patient and admission factors that might influence the risk for VTE.

With regard to the number of VTE events seen, Harvey noted: “There was an enormous excess of events and risk in that 0-90 day period, compared to 180-270 days later. This was true across all admission types.”

Indeed, VTE rates per 100,000 people in the 0-90 day postoperative period were 36.9 for emergency surgical admissions, and 15.6 for both nonsurgical emergencies and elective surgeries. Rates in the later period were a respective 0.84, 1.59, and 1.70.

Key risk factors for VTE were male gender, older age, emergency admission with or without surgery, longer hospital stays, and having ulcerative colitis which were included in the scoring system together with number of prior IBD hospital admissions in the past 3 months, ethnicity, and number of comorbidities.

“A higher risk of DVT is known in these patients and all should be considered for postoperative VTE prevention,” said Robert Neil Goldstone, MD, who is assistant professor of surgery at Massachusetts General Hospital.

“Many scores can be used, including the Caprini score, which also adds a point for patient history of IBD,” he observed.

The flip-side of VTE is of course the risk for postsurgical bleeding. While this is something clinicians need to be cognizant of there is “not generally increased risk” with some of the more commonly used anticoagulants, Goldstone noted. In his practice, “high-risk” IBD patients who have undergone bowel surgery will commonly be discharged on a low-molecular-weight heparin treatment for at least 3-4 weeks.

“The bigger question that remains is whether prolonged postoperative thromboprophylaxis is required,” Goldstone said. This is something that needs examining in a large randomized controlled trial.