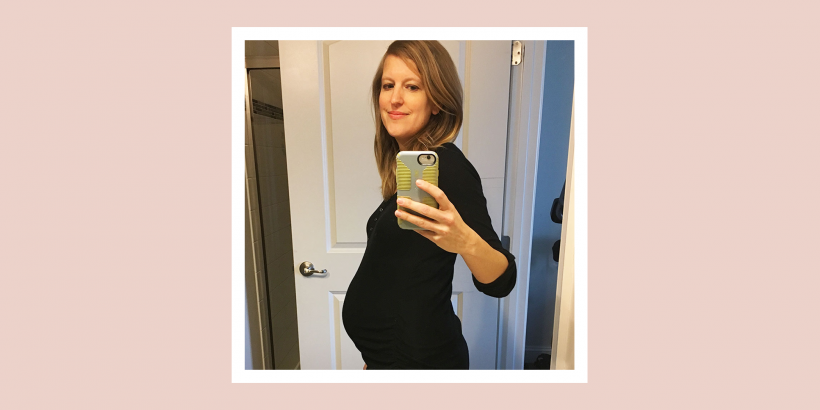 I’ve led a pretty trauma-free life. My immediate family members are all alive and healthy and, while I’ve faced my share of struggles like anyone else, things have usually worked out well for me. That is, until last year.

In January 2018, I was pregnant with identical twin boys. I was already a mother of two, but, after campaigning my husband for close to a year to have a third child, he finally relented. The twins part was a natural (admittedly, comical) surprise.

Then, on January 30, 2018, I went in for a routine check up—and left with news no pregnant woman wants to hear.

Despite passing all previous tests with flying colors and growing on schedule, the twins’ hearts had stopped at just 14 weeks—the start of their second trimester. There was no warning or signs that anything had gone wrong. They were just…gone.

The aftermath was devastating, both physically and emotionally. Because I was further along in my pregnancy and carrying multiples, I needed to have a procedure known as dilation and evacuation (D&E), which would dilate my cervix and essentially vacuum everything out while I was under general anesthesia.

The surgery was supposed to be fairly fast, but I was in the OR for an hour and lost a lot of blood. I was too weak to walk on my own afterward and kept passing out in the hours after the surgery. At one point, my husband Chris had to carry me back to the bed because I’d fainted in the bathroom. “I thought we were going to lose you, too,” he later told me.

I eventually recovered physically but struggled emotionally for months. At first, I was crying several times a day. It eventually went down to once a day and then I was only breaking down here and there. But I still thought about what we had lost all the time.

I even went to therapy to see if that would help, only to be told that this was normal. I stopped seeing that therapist shortly after—not necessarily because of her advice (though I didn’t appreciate being brushed off), but because I was looking for a quick fix to my emotions, which I now know doesn’t exist.

Half a year later, my husband and I found out we were pregnant with a rainbow baby.

I got the news I was pregnant with a rainbow baby—a baby born or conceived after a miscarriage—in the middle of last summer. I was thrilled, but I worried every day that history would repeat itself.

“It’s not a perfect world, and no one knows that better than a mother who has lost a baby.”

I’m currently seven months pregnant and, while I’m feeling more optimistic that things will work out this time, I’m still nervous and carrying a lot of emotional scars from my last pregnancy. Now, I’m approaching the anniversary of my miscarriage and it’s stirring up some weird, uncomfortable feelings for me.

In a perfect world, I would be able to have the twins and this baby. In reality, I never would have had this current pregnancy if the twins had survived. I’m still mourning the babies that I lost—and probably always will—but I’m incredibly thankful and excited about the baby I’m currently carrying.

I feel guilty—like I’m turning my back on the twins to welcome their sister.

Real talk: I’ve been incredibly open about my miscarriage—but I know many women feel like they need to suffer in silence. So I wanted to get to the bottom of these feelings for me—and for them.

I spoke to Tamar Gur, M.D., a women’s health expert and reproductive psychiatrist at The Ohio State University Wexner Medical Center, who says my conflicted feelings are very common. “Many women having a rainbow baby feel this way,” she says.

But Gur says it’s important for me to remember that I was never given a choice or any power over the situation. It’s just what happened. “It’s not a perfect world, and no one knows that better than a mother who has lost a baby,” she says.

“Being pregnant again does not conclude the mourning process.”

Jessica Zucker, Ph.D., an LA-based psychologist specializing in women’s reproductive and maternal mental health says it’s even normal for me to continue mourning throughout my current pregnancy. “Being pregnant again does not conclude the mourning process, though it might ignite a renewed sense of hope,” she says. “In fact, many women continue to process their grief for years to come.”

What I’ve learned about rainbow babies: It’s important to both mourn the past and celebrate the future.

Instead of feeling like I’m choosing one pregnancy over another, Gur tells me to respect the milestones of each independently. “It’s okay to reflect on the past or to think that the babies would have been a certain age by now,” she says. “Milestones bring emotional weight, and it’s okay to feel it.”

She recommends commemorating the anniversary of our loss in some way, like making a donation to March of Dimes (which I will be doing), reading a meaningful poem, or just reflecting on that pregnancy. “It can release you emotionally and give you space for feelings of joy for the next pregnancy,” she says.

“It’s okay to take it day by day. To have moments of excitement and moments of sadness.”

It’s also a good idea to allow myself to have the feelings that I’m having, and not to judge myself for them, Zucker says. “When we become conscious of our thought patterns connected to rainbow baby pregnancies, we have an opportunity to shift them and ultimately release them,” she says.

Overall, Gur stresses that it’s important to remove the pressure to have a “perfect” pregnancy after a loss. “It’s okay to take it day by day, to have moments of excitement about the new pregnancy, and moments of sadness for what could have been,” she says.

I’m pretty sure that I’m going to carry the baggage of my pregnancy loss with me on some level forever. But I also know that deep down, I’m not choosing one pregnancy over the other. I didn’t have a choice in what happened—and I can’t feel guilty about that.