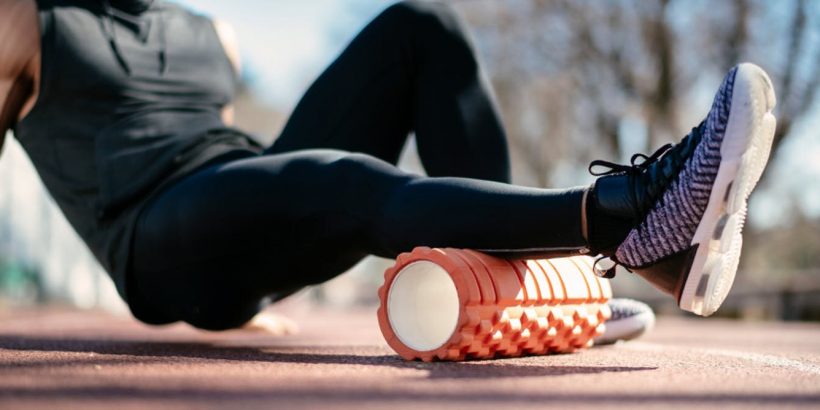 You’re likely to find foam rollers in any gym, or you may have one yourself, and many people swear by using them before and after exercise.

But what does the science say? Is foam rolling actually effective in reducing delayed onset muscle soreness, and in increasing flexibility?

This seems to be the case with foam rolling. The evidence doesn’t strongly support the use of foam rollers—though some studies do show a small benefit.

What is foam rolling?

Foam rolling is a type of self-massage, usually using a cylindrical foam roller.

They were first used in the 1980s, and are now usually used in warm-up and/or cool-down exercises.

But the mechanisms underlying these claims are not well known.

How does foam rolling work?

Foam rollers and other similar devices are claimed to release the tightness of “myofascia.”

Myofascia is a thin connective tissue that surrounds our muscles. It prevents friction between tissues, and transfers force generated by muscle fibers to the bone.

Myofascia can become sticky and tight because of a sedentary lifestyle, repetitive movements that overworks one part of the body, injury, or surgery. Tight myofascia can reduce flexibility.

My research team and I at Edith Cowan University investigated the role of myofascia in delayed onset muscle soreness.

Participants in our study did ten sets of six bicep curls, and developed very sore arms in the following days.

We assessed their muscle soreness one, two and four days after the exercise. 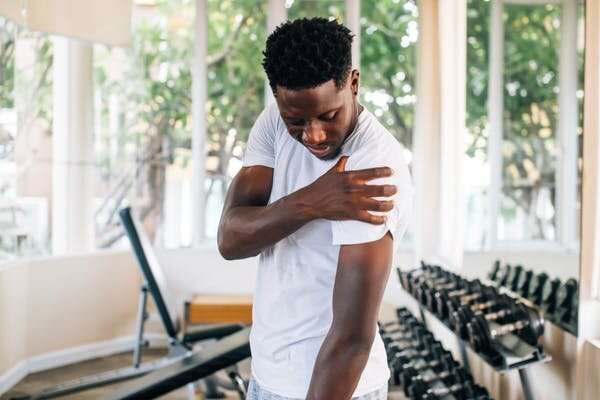 We also assessed their pain using an “electrical stimulator” to quantify the sensitivity of the bicep fascia and muscle to electric current.

We found the fascia surrounding the muscle became more sensitive to electrical stimulation than the muscle itself.

Foam rolling claims to stretch the myofascia and thereby could reduce such soreness and inflammation.

But the evidence for foam rolling is mixed

The evidence is still emerging, but there have been some studies into foam rolling.

A systematic review article of foam rolling based on 49 studies concluded foam rolling reduced muscle stiffness and pain, and increased range of motion. But the authors stated it should be used in combination with dynamic stretching and an active warm-up before exercise.

One group then foam rolled for 20 minutes immediately, 24 and 48 hours after exercise, while another group did no foam rolling at all. Foam rolling had a moderate effect on reducing delayed onset muscle soreness.

But another recent review article with meta-analysis (which combines the results of multiple scientific studies) of 21 studies on foam rolling concluded the effects of foam rolling on performance and recovery were very minor, and foam rolling should be used as a warm-up activity rather than a recovery tool.

The article also found foam rolling before exercise resulted in a small improvement in flexibility by 4%. And rolling after exercise reduced muscle pain perception by 6%.

So the effects of foam rolling on flexibility do not appear to be large and the long-term effects are inconclusive.

One problem with this area of research is the rolling protocols used in the studies were diverse with no definitive agreement regarding the ideal number of sets, duration, rolling frequency, or intensity.

Interestingly, the magnitude of the effect on range of motion following foam rolling is similar to that of stretching.

So if your goal is to increase range of motion, both stretching and foam rolling can be considered as adequate warm-up routines. No previous studies have clearly showed foam rolling was more effective than other interventions to improve flexibility before exercise.