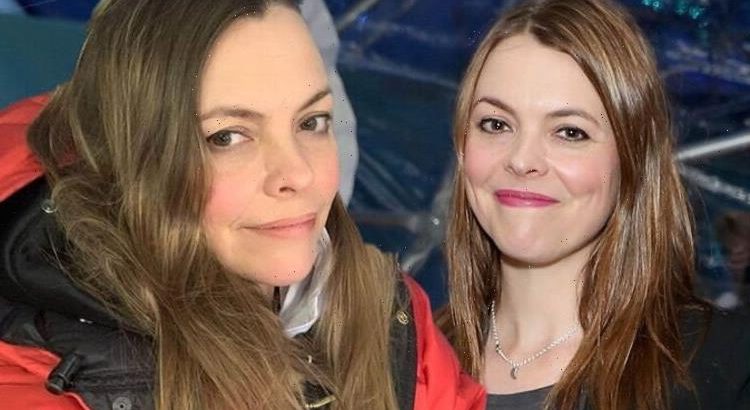 A few weeks ago the Coronation Street actress took to social media, sharing a post of her in what looked like a hospital ward. The caption that accompanied the image shed some more light on the star’s situation. Ford had written: “Filming #itvcorrie this was a few weeks ago at a time that I was struggling with my #endrometriosis, luckily got lots of support x just sending a hug out to all those struggling with similar.” In fact, this is not the first time the actress has spoken about her endometriosis and how it affects her job, as back in 2018 the star tweeted that she had to cancel all of her plans for the day due to the severe pain she was in.

Endometriosis is the name given to the condition where cells similar to the ones in the lining of the womb are found elsewhere in the body.

Each month these cells react in the same way to those in the womb, building up and then breaking down and bleeding. Unlike the cells in the womb that leave the body as a period, this blood has no way to escape.

As a result this can lead to inflammation, extreme pain and the formation of scar tissue, impacting an individual’s life in various ways.

Speaking about her condition, Ford has said in the past that it is “not easy,” clearly affecting her job and daily life.

Following her post on Instagram, the comments were flooded with sympathetic fans and individuals who suffer from the same condition.

One user said: “I suffer too, five miscarriages and finally a diagnosis at the age of 41. Lots of heartbreak along the way but happy to finally have answers. Life is for living though, me and hubby have a good life now, we just had to take a different path to everyone else! Thank you for raising awareness Kate.”

While another added: “Oh, Kate, my daughter has suffered from #endometriosis for over 15yrs I know how much she’s suffering sending you a [hug] right back [sic].”

A third said: “As a stage-four endometriosis sufferer I feel you. We stay strong cos being strong is all we can be, day at a time, after the storm is followed by rainbows [sic].”

The NHS explains that symptoms of the condition can vary from individual to individual. Some may have very noticeable symptoms while others can continue rather unaffected.

The main symptoms that individuals experience include:

Due to symptoms also being similar to other conditions, endometriosis can be difficult to diagnose, so it is important to seek advice from your GP.

After an examination of your tummy and vagina, you might be referred to a specialist for further tests and an ultrasound scan.

A test known as a laparoscopy where a surgeon passes a thin tube through a small cut in your tummy so they can see any patch of endometriosis tissue may also be carried out.

Although there is no exact cause known for endometriosis, the NHS explains that several theories have been suggested, which includes the following:

Once diagnosed, there is unfortunately no cure, with treatment sometimes “difficult”, current options are only able to ease symptoms so the condition does not interfere with your daily life.

Treatment can be given in order to try and relieve pain, slow the growth of endometriosis tissue, improve fertility and stop the condition from returning.

In some cases, where symptoms are mild, treatment may not be needed, especially if the individual is nearing menopause when symptoms may get better naturally.

Hormone treatment may be tried to limit or stop the production of oestrogen in the body. As oestrogen encourages endometriosis tissue to grow and shed. However, the NHS warns that hormone treatment cannot improve fertility and has zero effect on adhesions.