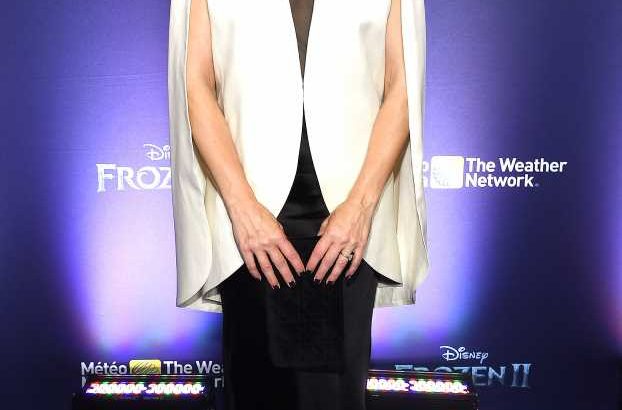 Kristen Bell first shared that she struggles with anxiety and depression back in 2016, but she wishes she had done it sooner.

The Frozen 2 star, 39, said she “immediately felt incredibly irresponsible” that she hadn’t already opened up about her mental health issues when her husband Dax Shepard brought up the idea that she speak publicly.

“He was like ‘Why don’t you talk about your anxiety and depression?’ and I had never thought about that before. And I immediately felt incredibly irresponsible,” Bell told host Willie Geist on Today on Sunday.

Bell was also, jokingly, annoyed that Shepard was right.

“Me talking about that actually came from — ugh, I hate to give him credit for everything, it’s so annoying that he’s so right about everything, it really is.”

Bell said that she wanted to reduce the stigma around anxiety and depression because “everyone thinks there’s some shame in it.”

The mom of two is also aware that she gives off the sense that she’s always happy and positive, which Geist pointed out.

“I’m like ‘bubbles, glitter!’ ” she joked. “No, it’s not always that way. I am someone who takes a medication for her anxiety and depression. I am someone who has to check myself and sometimes — if I’m feeling really low — make a checklist of good and bad things in my life to see if it’s my mental state or if we really have a problem.”

Bell said in 2016 that her anxiety first manifested in an intense need to be liked.

“I’m extremely co-dependent,” she said at the time. “I shatter a little bit when I think people don’t like me. That’s part of why I lead with kindness and I compensate by being very bubbly all the time because it really hurts my feelings when I know I’m not liked. And I know that’s not very healthy and I fight it all the time.”

She now takes medication to manage her anxiety and focuses on healthy eating and exercise. Bell said this month that working out is essential to her mental health.

“It should be the first stop for anyone who experiences depression or anxiety because it encourages serotonin and endorphins,” the actress said. “I feel so much more centered, patient, capable. It sets the next 48 hours for me.”