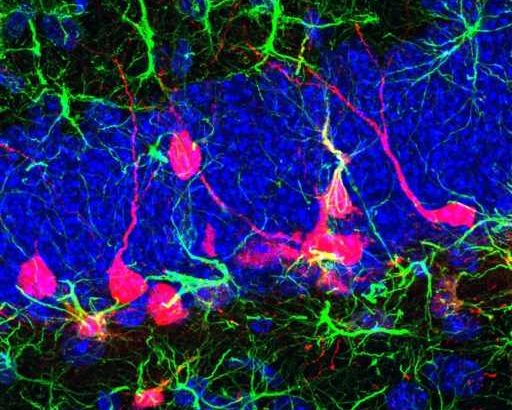 Researchers from the Neurobiology of miRNA team coordinated by Davide De Pietri Tonelli at the Istituto Italiano di Tecnologia (IIT-Italian Institute of Technology) has discovered the correlation between a class of small RNA molecules, piRNAs, and brain inflammation. The study lays the groundwork for the development of new diagnostic technologies for early detection of neurodegenerative diseases, such as Alzheimer’s and Parkinson’s. The study has been published in the journal EMBO Reports.

RNA is a fundamental molecule for the functioning of any living organism on Earth and can be categorized into several different types, according to their role. Among them, there is the Piwi-interacting RNA (piRNA), which is named after the proteins (Piwi) it interacts with. Its role is to regulate the process of cell differentiation.

piRNA molecules are present in the male reproductive organs, where they contribute to the preservation of fertility. They are also present in the brain and their alterations are connected to the development of neurodegenerative diseases. IIT researchers discovered the underlying mechanism, which was still unclear.

Most studies have focused on neurons, where piRNAs are present in low amounts. However, the IIT team focused on the neural stem cells, which are the precursor cells for generating neurons and where piRNAs are more abundant. The number of distinct piRNA sequences identified in neural stem cells has been quantified at around 500,000, which are capable of regulating about 6,000 genes, some of them linked to brain inflammation, aging and regulation of circadian rhythms, often altered in neurodegenerative diseases.

IIT researchers blocked the synthesis of piRNAs and observed that neural stem cells ceased to produce new neurons, a process that occurs spontaneously during aging and that was not associated with the presence of these RNA molecules. Therefore, the work by the research group implicates piRNAs for the first time in the maintenance of healthy cognitive function and the prevention of aging-related brain diseases.

The next goal of this research will be to further analyze the piRNAs to see if they are altered in specific brain diseases, thus laying the groundwork for new diagnostic tools.

“Our work opens new avenues for the therapeutic uses of these tiny RNA molecules for the early diagnosis of age-related brain pathologies and possibly new RNA vaccines against neurodegenerative diseases such as Alzheimer’s and Parkinson’s,” concludes Davide De Pietri Tonelli, coordinator of the Neurobiology of miRNA laboratory.

The study involved collaborators at the RIKEN institute of Yokohama (Japan) and at the University of Amsterdam (The Netherlands), and this work was conducted in the framework of the recently launched IIT’s “RNA initiative”, which involves 18 labs of IIT with multidisciplinary expertise.