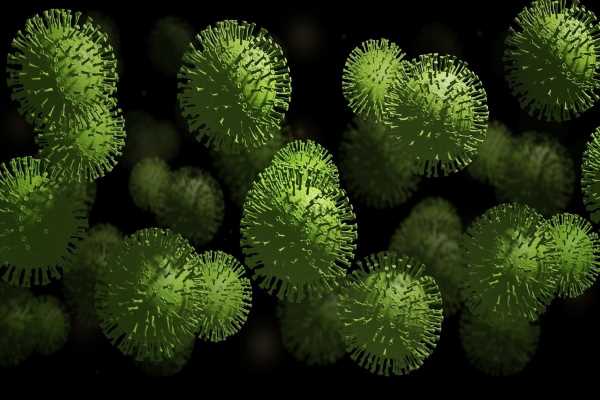 A recent study published in PLoS Biology revealed that the replication of the ancestral strain of severe acute respiratory syndrome coronavirus 2 (SARS-CoV-2) is less efficient in the nasal epithelial cells (NECs) of children.

Pediatric coronavirus disease 2019 (COVID-19) patients typically develop milder symptoms than adults. Mounting evidence indicates that the pediatric population is less susceptible to SARS-CoV-2 infection with the ancestral strain. Nevertheless, the proportion of pediatric cases has increased substantially with the emergence of SARS-CoV-2 variants of concern (VOCs). Whether this increase is a consequence of adult vaccination or the fundamental changes in SARS-CoV-2 is still unclear.

There is evidence that NECs in children are fundamentally different compared to adults. Lower expression of angiotensin-converting enzyme 2 (ACE2) and transmembrane protease, serine 2 (TMPRSS2) genes in the nasal epithelium of children has been observed compared to adults. However, this has not been validated at a protein level. In addition, it is speculated that the innate response to SARS-CoV-2 might differ fundamentally between children and adults.

The study and findings

The present study investigated the differential infection kinetics and immune responses to SARS-CoV-2 in children and adults using primary NECs. Pediatric and adult NECs were differentiated at the air-liquid interface and assessed at baseline for the cellular phenotype. Adult NECs grew as pseudostratified columnar epithelium with ciliated epithelial cells and scattered goblet cells.

Although western blotting confirmed this trend, it was not statistically significant. There was no trend in the levels of TMPRSS2 between pediatric and adult NECs. Viral replication was significantly reduced in pediatric cells at 24- and 48 hours post-infection (hpi) with the ancestral SARS-CoV-2 strain. Reduced levels of the viral nucleocapsid (N) protein were also noted at 24- and 72-hpi. Although a similar trend was evident with mRNA expression, it did not reach statistical significance.

Infected pediatric cells had significantly increased levels of IFIT1 relative to NECs in adults. Moreover, pediatric NECs also exhibited higher protein levels of IFN-α, IFN-β, and CXCL10 but varied between donors, and this did not reach (statistical) significance.

Furthermore, the team infected (pediatric and adult) NECs with SARS-CoV-2 Delta and Omicron variants. They noted significantly higher titers of viral RNA and infectious viral particles in adult cells at 24 hpi relative to pediatric cells. Notably, a similar trend, although non-significant, was observed with the infectious titers of SARS-CoV-2 Omicron, but no differences in (Omicron) RNA levels were noted between pediatric and adult cells.

However, why a more robust antiviral/inflammatory response is mounted by pediatric than adult NECs needs further investigation. Besides, SARS-CoV-2 Delta replication was significantly better in adult cells than in pediatric NECs. This meant that any surge in pediatric COVID-19 cases during the Delta wave was unlikely to be attributed to the variant’s increased evasion from innate immunity.

Further, SARS-CoV-2 Omicron replication was less efficient than the Delta variant in the adult cells, suggesting that the variant has no replicative advantage over Delta in the upper respiratory tract of adults. Instead, the higher transmissibility of Omicron might be due to the increased antibody evasion. Overall, the results showed lower infection/replication of ancestral SARS-CoV-2 in the pediatric nasal epithelium, albeit this might not persist for long, given the ongoing viral evolution.

Tarun is a writer based in Hyderabad, India. He has a Master’s degree in Biotechnology from the University of Hyderabad and is enthusiastic about scientific research. He enjoys reading research papers and literature reviews and is passionate about writing.