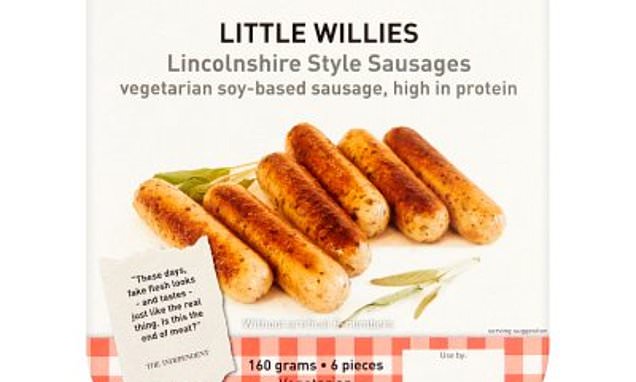 Packs of Little Willies vegetarian sausages have been recalled from supermarket shelves over fears they contain plastic.

A batch of the comically-named bangers, sold in Waitrose and Tesco, have been taken off sale by the manufacturer, The Vegetarian Butcher.

It said the sausages may contain pieces of hard plastic ‘due to a production error’.

The affected Lincolnshire-style six-packs sell for £2.99 in Waitrose, but are out of stock on the supermarket’s website and on Tesco. 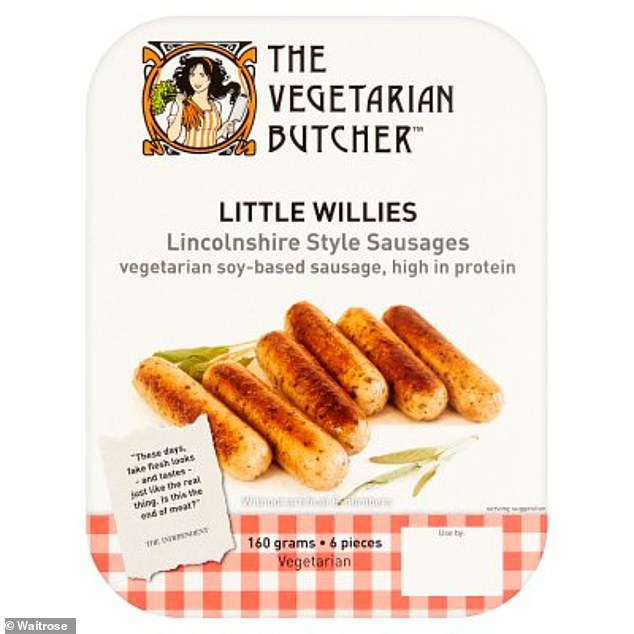 The Food Standards Agency (FSA) announced the recall yesterday on products with use-by dates between April 22 and May 15 this year.

In a bulletin it said: ‘If you have bought the above product, do not eat it. Instead, return it to the store from where it was bought for a full refund.’

Other products made by the company are not affected and are safe to eat, the Dutch manufacturer said.

WHAT FOODS HAVE BEEN RECALLED FROM SHELVES THIS WEEK?

An alert said: ‘Please be reassured that this quality issue applies to this batch only and does not affect the quality or safety of any other product from The Vegetarian Butcher.

‘A thorough investigation is underway to ensure this does not happen again.’

All shops selling the soy-based sausages, which come in 160g boxes, will display notices near their checkouts, according to the FDA.

On Tuesday the supermarket EH Booths recalled its own-brand three-packs of sliced British Corned Beef because they may contain metal pieces.

Zolotei Vek branded halva, in 500g packs with a best before date of August 20 2019, was also recalled because of fears it contains metal.