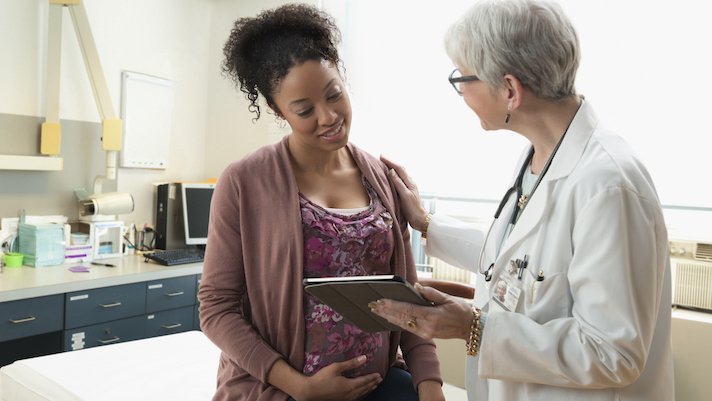 Infant mortality rates have remained high in the U.S., outpacing other affluent countries including Canada, Germany and Japan. This is particularly true in Franklin County, Ohio, home to state capital Columbus, where the infant mortality rate has reached 8.2 per 1,000 live births, according to a report by Smart Columbus.

But city officials are turning to on-demand rides for prenatal women as a way to address this public health issue. The city will be conducting a pilot study where low-income pregnant women will be able to call a ride to travel to their doctor’s office and other health-related locations using an app or website.

In the study, 500 women will either be assigned to regular transportation through their managed care organizations (MCO), or through a new type of on-demand non-emergency medical transportation service (NEMT). Users in the NEMT group will also be able to request rides to the grocery store, foodbank and pharmacy using the app-based service.

“The primary aim of the pilot is to assess whether receipt of the transportation intervention is associated with increased satisfaction with transportation among pregnant women (appropriate, given that this is a US Department of Transportation project),” Alyssa Chenault, communications project manager at The City of Columbus, Smart Columbus, wrote to MobiHealthNews in an email. “The secondary aims are to assess the impact of the intervention on prenatal care adherence and pregnancy outcomes, including preterm birth, which is the leading cause of infant mortality.”

Currently, expecting women that have Medicaid coverage are able to access transportation, according to the Smart Columbus report. But barriers including lack of car seats and difficult communication channels have been obstacles in the past, according to a slide show presented by Smart Columbus.

Funding for the project will come out of a $40 million Smart City grant the city landed in 2016 from the federal government. The funding has already been used to create a mobility assistance program for people with cognitive disabilities and other mobile programs.

“The PTA [Prenatal Trip Assistance] project will enhance mobility and increase opportunity, efficiency and customer service for prenatal travelers who use NEMT provided through Medicaid benefits,” the report said.  “PTA will provide sources of high-quality data for the Ohio Department of Medicaid (ODM), MCOs and others involved in tracking the prenatal care of Columbus Medicaid recipients.”

The program is set to run June through November 2019 and is recruiting expectant moms that are enrolled in a Medicaid managed plan and that live in specified zip codes that have highest infant mortality in the county.

“The City of Columbus and The Ohio State University will issue a final report describing the results of the pilot in early 2021.The City of Columbus applied for the Smart Cities Challenge with the vision that transportation is the great equalizer of the 21st century,” Chenault wrote. “This study will be one of the first of its kind to study the impact of innovative transportation services in connecting expectant moms with opportunities and services like healthcare. The aim is for the findings to serve as a springboard to help inform healthcare decision makers as they consider innovative transportation solutions in the future.”

The program is designed to meet the needs of eight “hot spots” around Columbus that are seeing the highest rates of infant mortality in the city. Across Franklin Country, infant mortality rates were 8.2 per 1,000 live births in 2017. That rate is even higher among non-hispanic black babies, who are three times more likely to die than white infants, with 14.8 infant deaths per 1,000 birth in 2017, according to the Smart Columbus report. The program aims to enroll 270 black mothers out of the total 500 participants. Preterm births and congenital anomalies are the leading causes of infant mortality, according to the report.

“In December 2017, the Health Policy Institute of Ohio released a report with recommendations, based on research from across the country on how to reduce infant mortality by achieving equity in areas that impact prenatal health and impact birth outcomes,” Chenault wrote. “This pilot is focusing on transportation as a social determinant of health. Expectant moms have a number of other needs (e.g., food insecurity, housing instability, job training needs) that are beyond the scope of this pilot but are needs that the city has been actively focused on through CelebrateOne, a place based, collective impact initiative to reduce infant mortality and improve health equity so more babies reach this important milestone in Columbus and Franklin County.”

Providers and payers alike have begun employing ridesharing programs to help patients get to appointments more easily. In 2017 Cigna-HealthSpring inked a deal with Lyft to transport its Medicare Advantage members to doctor’s appointments and the pharmacy. Sutter Physicians Services also collaborated with Lyft to provide rides to patients for non-emergency appointments. Blue Cross Blue Shield of Association, Hitch Health and Circulation have all teamed up with ridesharing apps.