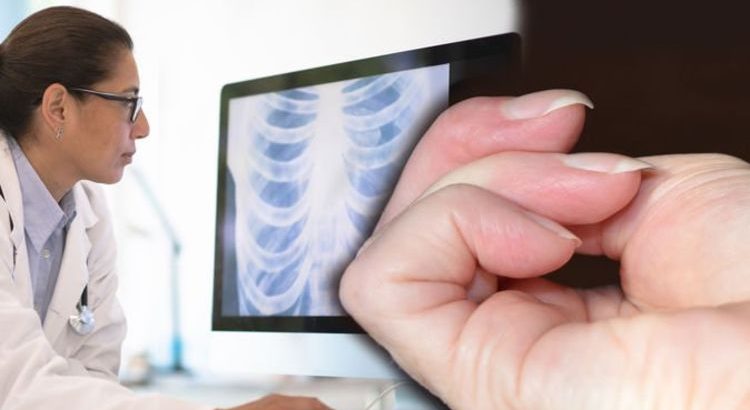 Lung cancer symptoms are not always confined to one’s lungs, breath and coughs. Occasionally there are lesser-known signs found on other parts of the body. Finger clubbing is when the nails begin to curve and could be an early warning sign of the deadly disease.

Three out of 10 people with non-small cell lung cancer may develop a symptom known as finger clubbing.

One major change to look out for is Scarmouth’s sign which is when the nails curve more than normal when looked at from the side.

Finger clubbing tends to happen in stages, according to Cancer Research UK.

Before Scarmouth’s sign develops, the base of the nail becomes soft and the skin next to the nail bed becomes shiny. 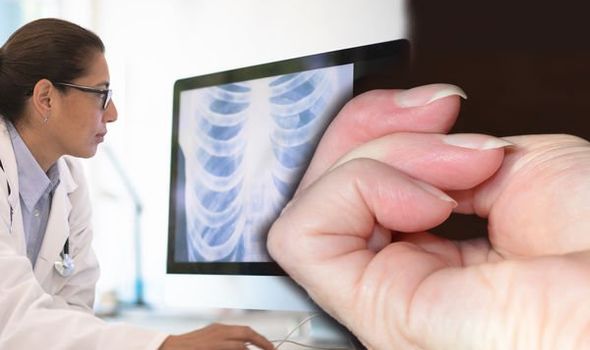 What is finger clubbing?

Finger clubbing means specific changes in the shape of your fingers and fingernails said Cancer Research.

The site continued: “People with heart or lung problems sometimes have these changes.

“Finger clubbing is unusual and if you have it and are worried, speak to your doctor.

“They should send you for a chest x-ray to check your heart and lungs.

“It’s thought to be caused by fluid collecting in the soft tissues at the ends of the fingers.

“This is caused by more blood flowing to the area than usual, but it’s not fully understood why this happens.”

DON’T MISS
High cholesterol: Warning sign of the dangerous condition found in your hands [INSIGHT]
Type 2 diabetes symptoms: The warning sign that can be found in a person’s hair [INSIGHT]
Heart attack warning – how your fingernails could reveal your risk of deadly heart disease [TIPS]

Other warning signs of lung cancer include: 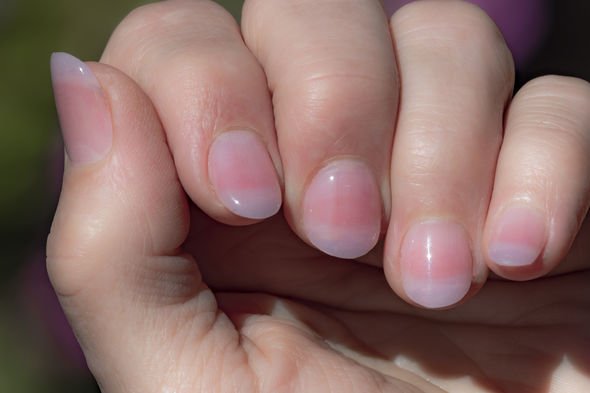 Mrs Martindale’s fingernails were wider than usual and were starting to curve – a clear sign of finger clubbing.

Linda Bartram, the nail technician, was thankfully clued up about the early signs of lung cancer and advised Mrs Martindale to seek medical advice.

After undergoing tests, Mrs Martindale was left stunned when she was diagnosed with lung cancer. She had to undergo a five-hour operation to remove a 4mm tumour.

Mrs Martindale is now undergoing chemotherapy and hopes her experience will warn others to be vigilant of the warning signs of lung cancer.

She said: “Going for a manicure saved my life.

“It was incredible she [the manicurist] could pick it up from just looking at my nails.”

If you notice your nails starting to curve or are experiencing any of the other warning signs of lung cancer, it’s imperative you to speak with your GP about the possible cause.