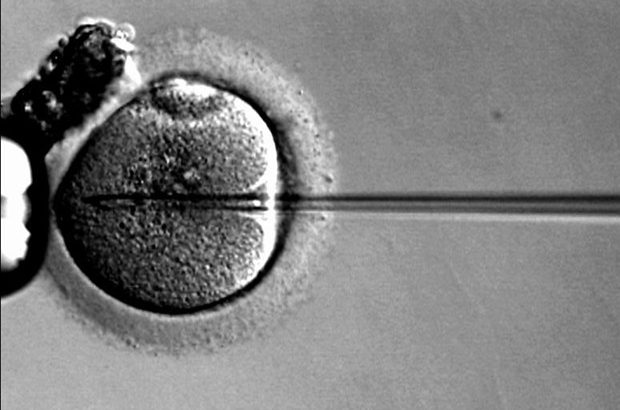 When the normal DNA sequence in an individual changes or mutates it can cause disease. The mutation may involve multiple genes and may be caused by environmental factors, or there may be chromosomal defects that are harmful at birth, in infancy or environment at a later stage.

There are 7,000 known genetic disorders caused by genetic mutations and 70 million people in India suffer from them, says Meenakshi Bhat, a clinical geneticist who was the first Indian national to undergo four years of specialty training on the subject in the UK.

Returning to India in 2005, Bhat has been providing clinical-genetic services at the Centre for Human Genetics (CHG), Bangalore, which she founded the following year. It is now one of eight ' centers of excellence' designated as such by the Indian government.

What does your work in clinical genetics involve?

I work on genetic disorders mainly in children. This may involve whole genome sequencing or sequencing of a single gene that I know may lead to a particular condition. Then I interpret the disease and translate it for the family, treat the disorder, provide the right therapy and diet, study the pedigree and family histories and predict who is at risk in the family, the degree of risk, if they can have children, preventive measures in a pregnancy and possible secondary disorders.

My center works on gene sequencing; there are chances of finding a known mutation but many unknown genes, too. In neurodegenerative disorders, children may be okay at birth but begin to get fits, anemia etc. leading us toward disease diagnoses such as epilepsy or beta-thalassemia. Sometimes, pediatricians come to us to find out how to diagnose genetically. In beta thalassaemia, the body has less hemoglobin than usual and patients have anemia and feel fatigued. Hemoglobin is needed for red blood cells to carry oxygen and a one-time bone marrow donation helps patients to do well. We try to facilitate the transplants.

In babies with Down Syndrome, the extra chromosome is stuck to another chromosome. By testing a piece of placenta in the 12th week of pregnancy, I can predict which baby may not be completely healthy and if the pregnancy needs precautions. We tell the parents what they can expect and who is the carrier of the gene.

I continue to write academic papers on my work. That helps in documenting my work.

How was the center set up at CHG?

When I returned to India in 2005 the facilities were basic. In London, it was all systematic and neatly separated; experts who looked at, say cancer genetics, did not work with the children's facility and so on.

I set up the CHG in 2006 and the Indira Gandhi Institute of Child Health (IGCH) in 2009. We have a public-private partnership ward in IGCH. We had to set up our centre and begin by looking at all disorders and patients — there was no separation of patients according to the category of disorders. We started off with Sanger's method of gene sequencing and now do whole genome sequences.

About 34 of my patients went to court, filed public interest litigation for government for funding and won. In 2016, the government provided funds to treat a child with a rare genetic disorder.

The National Policy for Rare Diseases, announced in July 2021, has also helped the government to bear the costs of treatment of some patients. Financial support worth nearly US$25,000 is available to about 40 per cent of the population for rare diseases that require a one-time treatment.

Compilation of the top interviews, articles, and news in the last year.
Download a free copy

We train specialists and pediatricians in our center in cytogenetics and molecular genetics for two months. Doctors learn little by way of genetics in their curriculum.

Tell us about gene therapy and enzyme replacement therapy.

In a disorder called spinal muscle atrophy, babies have a faulty gene and don't have muscle strength. They cannot breathe properly, swallow, eat or shout. It occurs once in 5,000 births. Most don't sit up or walk and die within a year. Along with my friend and colleague, Ann Mathew in Baptist Hospital in Bangalore, I have given gene therapy to about 30 children before they completed two years of age. The correct gene when injected into the children gets integrated into the DNA. Most of the children are showing marked improvement. The cost of treating each case is nearly US$2 million. Crowd funding was initiated for the purpose.

In enzyme replacement therapy, intravenous infusions are given to correct the underlying enzyme deficiency that causes symptoms of Gaucher disease. A common use of enzyme replacement therapy is for lysosomal storage disease treatment. The injections are to be given every two weeks and cost about US$36,000 for a child weighing 10 kilograms. No insurance company covers testing or treatment costs in genetic disorders.

How does your initiative to make metabolic food helps therapeutic treatment?

In Phenylketonuria PKU, a child is affected as soon as it begins to feed as it cannot digest an amino acid called Phenylalanine. We partner with a company called Pristine Organics to make milk as well as flour for these special children. We also conduct recipe classes for such parents. This food can be bought under medical prescription and a 300-gram tin costs about US$12. We have succeeded in lowering the prices.

Who played a role in shaping your interests?

During my undergraduate days, some teachers did have an impact on me. Studying for my MD, I became interested in metabolic disease. How to treat a disorder that was so difficult to diagnose and where? In London, while training in genetics, I met Robin Winter at the Great Ormond Street Institute of ChildHealthhospital. He was a professor of dysmorphology and clinical genetics. Dysmorphology is looking at what genetic faults can do to a human face and body. On seeing a patient, he could immediately tell the problem. I wanted to be like him. To be able to tell by looking at faces what the condition might be; droopy eyes, a lopsided grin or a funny face.

My mother was a doctor working on Community Medicine in Bangalore Medical College while my husband is an orthopedic surgeon. They have served to help me work harder and better — and my nine dogs pitch in, too! My husband and I, we both love our work.