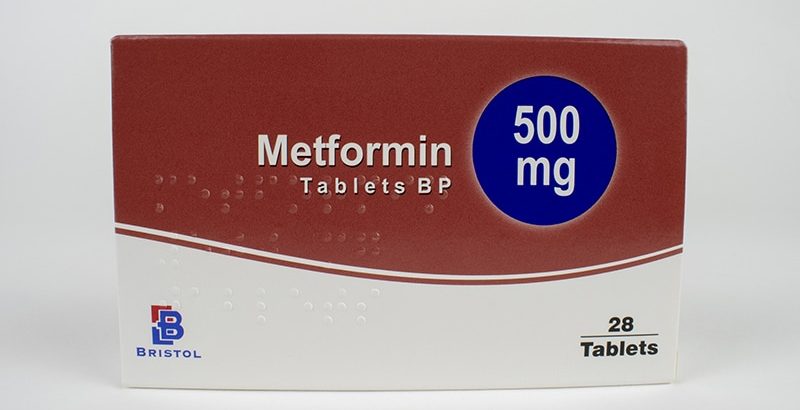 Use of metformin was associated with a significant reduction in the risk of developing basal cell carcinoma (BCC), based on data from a population case-control study in Iceland.

“In addition to general anticarcinogenic effects, metformin has also been shown to directly inhibit the sonic hedgehog pathway, a key pathway in basal cell carcinoma (BCC) pathogenesis,” Jonas A. Adalsteinsson, MD, of the University of Iceland, Reykjavik, and colleagues wrote. “The relationship between metformin and keratinocyte carcinoma has not been well-characterized but is of importance considering that metformin is a commonly prescribed medication.”

They added that the hedgehog pathway inhibitors vismodegib (Erivedge) and sonidegib (Odomzo), approved for treating BCC, “are highly effective for BCC prevention, but their broad use for BCC prophylaxis is limited due to numerous side effects.”

In the study, published in the Journal of the American Academy of Dermatology, the researchers identified 6,880 first-time cancer patients with BCC, squamous cell carcinoma in situ (SCCis), or invasive SCC, and 69,620 population controls using data from the Icelandic Cancer Registry and the Icelandic Prescription Medicine Register between 2003 and 2017. Metformin exposure was defined as having filled at least one prescription of metformin more than 2 years prior to cancer diagnosis. They used grams and daily dose units of metformin in their analysis; one DDU of metformin, “or its average daily maintenance dose when used for its primary indication, is 2 grams,” they noted.

The reduced risk occurred similarly across age and gender subgroups, with the exception of individuals younger than 60 years, the researchers said. “This might signify that metformin has less of a protective effect in younger individuals, but we might also have lacked power in this category.” The association with reduced BCC risk remained significant at all three cumulative dose levels measured: 1-500 DDUs, 501-1,500 DDUs, and more than 1,500 DDUs.

The decrease in BCC risk was seen across all metformin dosing levels, but the reason for this remains unclear, and might be related to a confounding factor that was not considered in this study, the researchers said. “It could also be that metformin’s BCC risk-lowering effect is immediate, with only a low dose being needed to see a clinical benefit.”

The study findings were limited by several factors, including the retrospective design and the inability to adjust for factors including ultraviolet exposure, Fitzpatrick skin type, and comorbidities. The frequent use of metformin by people with type 2 diabetes suggests diabetes itself or other diabetes medications could be possible confounding factors, the researchers wrote.

However, the results were strengthened by the large study population, and the data suggest an association between reduced risk of first-time BCC and metformin use, they added.

“Randomized, prospective trials are required to fully understand the effect metformin has on BCC and SCC risk,” the researchers concluded.

“There is a dire need to reduce incidence of skin cancers in general, and consequently a need for new non-surgical treatment options for keratinocytic nonmelanoma skin cancers,” Amor Khachemoune, MD, a dermatologist at the State University of New York, Brooklyn, and the department of dermatology of the Veteran Affairs NY Harbor Healthcare System, also in Brooklyn, said in an interview.

Khachemoune, who was not involved with the study, said that he was not surprised by the findings. “Like other well-studied sonic hedgehog inhibitors, vismodegib and sonidegib, metformin has a demonstrated effect on this pathway. The medical community outside of dermatology has extensive experience with the use of metformin for a host of other indications, including its role as anticarcinogenic, so it seemed natural that one would consider widening its use to quell the ever-expanding cases of basal cell carcinomas.”

However, complications from long-term use, though likely rare, could be a limitation in using metformin as a chemoprotective agent, Khachemoune said. Metformin-associated lactic acidosis is one example of a rare, but potentially life-threatening adverse event.

“Finding the right dosage and having an algorithm for follow up monitoring of side effects would certainly need to be put in place in a standardized way,” he emphasized. “As stated by the authors of this study, more inclusive research involving other groups with nonkeratinocytic malignancies in larger cohorts is needed.”

The study received no outside funding. The researchers and Khachemoune had no financial conflicts to disclose.