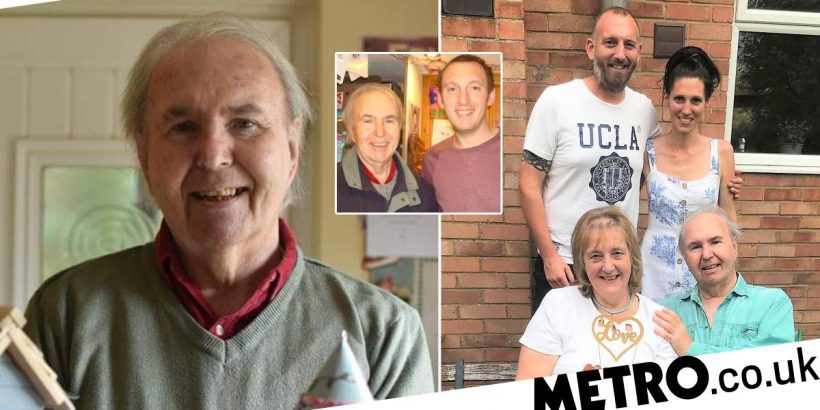 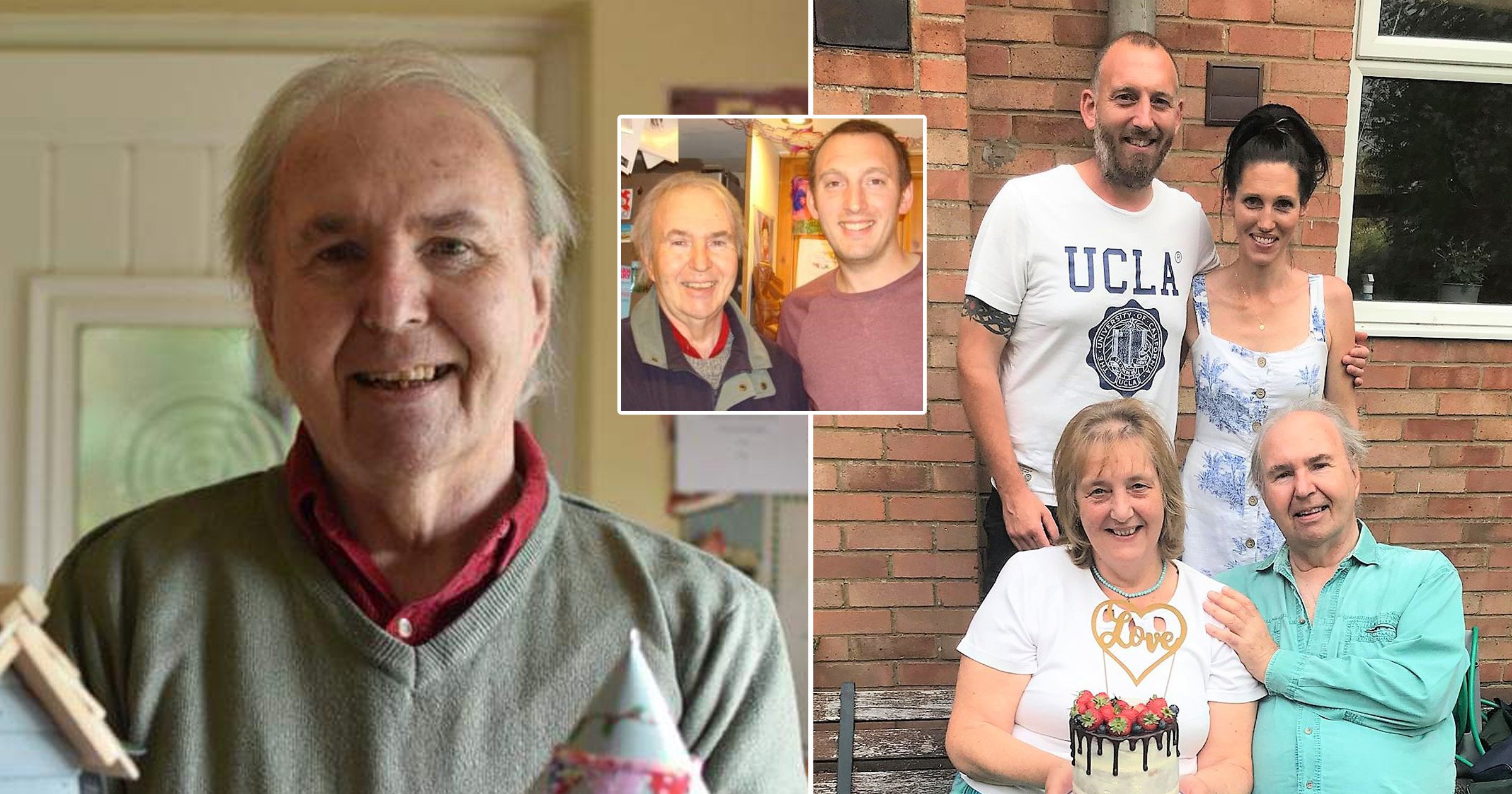 Laura Hobbs first became concerned that her father David, a former TV engineer, might be unwell back in July.

He had started to struggle with simple tasks, like using the remote control. He also repeatedly forgot their iPad’s passcode and how to administer the insulin he’d been taking for decades for his diabetes.

Initially, Laura, 44, and her mother Diana, 67, feared he might be showing early signs of dementia.

After Diana pushed for an urgent GP appointment, David, 72, was sent to A&E at the Great Western Hospital in Swindon and given an MRI scan.

Laura, who runs a pet boarding business in Swindon, tells Metro.co.uk: ‘Afterwards, a man wheeled my dad out in a wheelchair. He put his thumbs up, so Mum thought, “Oh, that’s good”. But then the doctor said, “Unfortunately we’ve seen something nasty in there”.’

To everyone’s horror, the scan had revealed three tumours were growing in David’s brain.

Doctors prescribed steroids to reduce the swelling as well as medication to stop him fitting, even though Laura says he’d never actually had a fit.

In fact, he’d suffered no symptoms worse than a few mild headaches.

Laura says: ‘Dad was admitted to a ward, but wasn’t allowed visitors due to Covid restrictions.

‘Reluctantly, a nurse let Mum stay with him for five minutes, but then she had to leave him.

‘He was confused and alone. He had no idea where he was.’

In the following days, Laura, her mother and her brother Gareth, 41, waited for news about the treatments David might be offered.

‘We kept being told that we had to wait to hear from another team at another hospital,’ says Laura. ‘Dad was scanned to check for other tumours, because they didn’t think those in his brain could be the primary source, but the scan came back clear.’

A week later, still with no clear information on potential treatment, David was sent home from hospital, equipped with only a commode and a bag of medicine for Diana to administer.

Laura tells us: ‘Mum had to work out what to do with all of the drugs. My sister-in-law, Becky, called Occupational Health for some help for Mum and to request a hospital bed. I called the GP and said we needed support too.’

Days later, during a home visit by their GP, Laura’s mother was horrified when she was asked – in front of David – if they’d signed his resuscitation forms.

‘We hadn’t heard anything about treatment, or even if the tumour was cancerous, at that point,’ says Laura. ‘We just hoped that Dad didn’t register the enormity of the whole horrid situation.’

On September 3, David was diagnosed with Glioblastoma, the most common and aggressive form of brain cancer. It’s the same type of cancer that Tom Parker from The Wanted has been suffering from. Fortunately, after a year of gruelling chemotherapy and radiotherapy, the singer’s tumour is now ‘under control’.

David’s oncologist also revealed that he didn’t have three individual brain tumours, as previously thought, but one extensive one, which may have been growing for six months.

Much to the family’s distress, no treatment was offered.

‘We were told that radiotherapy would not have any positive impact,’ says Laura.

The speed of David’s decline was shocking.

Laura remembers: ‘Two weeks earlier, he’d been out mowing the lawn. Now he was wetting himself and didn’t have a clue where he was. It was like an alien had taken over him.’

On September 4, just 24 hours after David’s cancer diagnosis, he was admitted to Prospect Hospice in Swindon.

‘I wasn’t ready for that,’ says Laura. ‘I was still thinking, hoping, that he might be OK.

‘I wasn’t thinking “that’s it”, but unfortunately, it was.

‘Dad slipped away at 9am on September 11, exactly one week later, with my mum hugging him and telling him how much she loves him.’

Laura found out about The Brain Tumour Charity while searching for information about her father’s condition.

She says: ‘Their website was so helpful – I wish I’d been directed to it sooner.

‘I learnt so much and I’m still shocked by how little funding goes towards research into this absolutely devastating cancer type which has torn my family apart.’

Laura hopes Tom Parker’s openness about his Glioblastoma will help bring attention to the disease.

‘It’s really important he’s been so public about it because it’s raising awareness,’ she says. ‘The scary part is that anybody can get this, not just people of a certain age. And there are often no symptoms until it’s far too late to treat it.’

The charity recently launched an appeal, backed by Olympic diver Tom Daley, to fund a three-year trial into a cannabis-based drug called Sativex, to be used in conjunction with chemotherapy. Daley, whose father died from a brain tumour in 2011, has helped the campaign crowdfund £400,000. They still need to raise a further £50k.

Laura is now facing a difficult first Christmas without her father, who she describes as ‘so kind and loving’.

‘Last Christmas was a lonely one due to the pandemic,’ she says. ‘We decided not to visit my mum and dad, as he was classed as high risk due to his diabetes.

‘This year we’ll be spending Christmas Day together, trying to support Mum.’

Dr David Jenkinson, Interim CEO at The Brain Tumour Charity, tells Metro.co.uk: ‘Our hearts go out to Laura and her family and we are hugely grateful to her for sharing her story to help us raise awareness.

‘If you need someone to talk to, we’re here for you.’

To donate to The Brain Tumour Charity’s cannabinoid clinical trial appeal, head to their website.