Banish carbs, shun anything with even a trace of sugar in it, go vegan and guzzle nothing but green juice – all advice that has, at one point or another, been promoted as a fast-track to the perfect body and ultimate health.

Guides to ‘clean eating’ – written by wellness ‘gurus’ and often endorsed by ultra-slim celebrities – line bookshop shelves and they all spout similar messages. Social media is awash with even more extreme advice.

But despite the painstaking effort it takes to cut out entire food groups, roughly 97 per cent of those who restrict their diet in a bid to lose weight will fail, according to research.

With depressing regularity, slimmers emerge weighing much the same – if not more – than they did before. And that’s only if they’re lucky. Because there is a darker side to these fad diets. 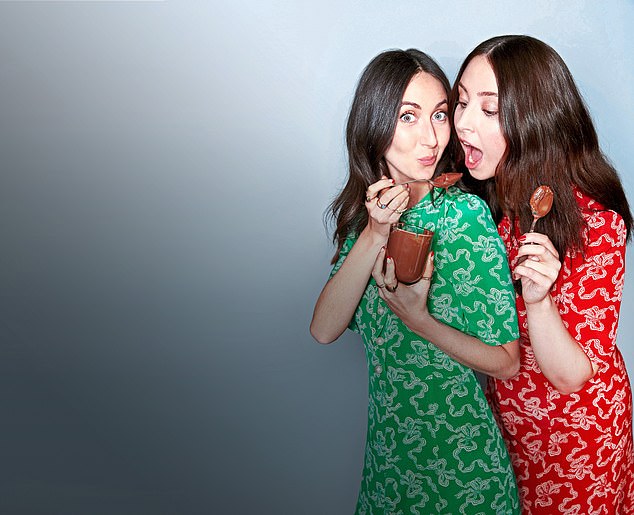 For an unfortunate few, diets spiral into an eating disorder – a serious mental health condition that destroys a person’s relationship with food. 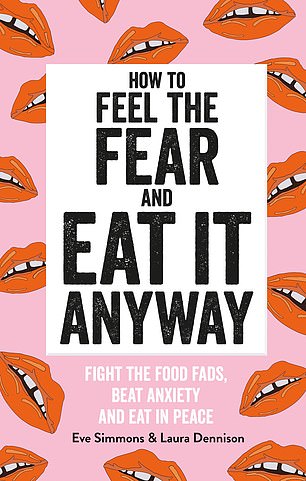 And I should know – as I am one extreme example. Last week in The Mail on Sunday’s YOU magazine, I told of how an obsession with ‘healthy’ eating – informed by what I read on blogs and websites – led me down a path to anorexia, which eventually became life-threatening.

The unlikely lesson that helped me back to health was learning that supermarket-bought bread, spaghetti drenched in cheese, chocolate cookies, mayonnaise, red meat and full-fat milk weren’t the ‘toxic’ substances I’d been led to believe they were.

I was lucky during my treatment to be referred to a brilliant dietician, Luci Daniels, who helped me understand the truth: there is no such thing as ‘unhealthy’ or ‘healthy’ food. Every ingredient can play a role in a balanced diet.

Since then, over the past four years I’ve been committed to arming myself – and others – with the facts, courtesy of leading scientists, GPs and nutrition researchers.

The message is one I now share in my regular column in this newspaper, Nutribabble, and on my website, notplantbased.com.

And last week my book, Eat It Anyway, was published. Co-authored with my friend Laura Dennison, it busts commonly held myths about food.

Aside from risking eating disorders, restrictive eating plays havoc with our health. Being anxious about food promotes the release of the stress hormone cortisol, increasing both cravings and consumption, according to Harvard research.

Anorexia is a serious mental illnesses where a person restricts their food intake, which often causes them to be severely underweight.

Some sufferers may experience periods of bingeing, followed by purging.

Sufferers often have a distorted view of themselves and think they are larger than they really are.

Untreated, patients can suffer loss of muscle and bone strength, as well as depression, low libido and menstruation ceasing in women.

Behavioural signs of anorexia include people saying they have already eaten or will do later, as well as counting calories, missing meals, hiding food and eating slowly.

As well as weight loss, sufferers may experience insomnia, constipation, bloating, feeling cold, hair loss, and swelling of the hands, face and feet.

Food hangups have also been found to increase the risk of depression, anxiety, ADHD and other psychiatric illness. Luci says: ‘Some of my patients try to avoid gluten, dairy or fat, they are “vegan”, and they think sugar is like poison. They are mistaken, given that a healthy diet consists of eating in moderation.’ So what ARE the facts about popular diet fads? Here, with Luci, I expose the most widely believed myths for what they are: nonsense.

MYTH: All sugar is poison and must be avoided

THE FACTS: Adults should consume no more than 30g of sugar – that’s seven teaspoons – a day, according to Government guidelines published in 2013. The advice came after a report by the Scientific Advisory Committee on Nutrition (SACN) suggested consuming more than this contributed to tooth decay and weight gain.

At the same time, a new trend for ‘quitting’ sugar emerged.

Books with emotive titles such as Pure, White And Deadly and Sweet Poison became bestsellers – promoting the idea that sugar was the cause of spiralling levels of obesity and diabetes. But is it really?

The SACN report and subsequent UK guideline of 30g relates to ‘free sugar’: any sugar added to a food or drink, as well as the sugar that is already in honey, syrup and fruit juice.

The term free is used because it’s not attached to other compounds –such as fibre – in the food we eat. Free sugars are a worry as they are often found in high-calorie foods. They coat teeth, causing damage, and are rapidly absorbed by the body, meaning they are less satiating. The less full we feel after eating, the more likely we are to eat more.

Sugar naturally found in whole fruits, vegetables and dairy is not included in this 30g limit because the sugar in them is attached to fibre and other compounds. 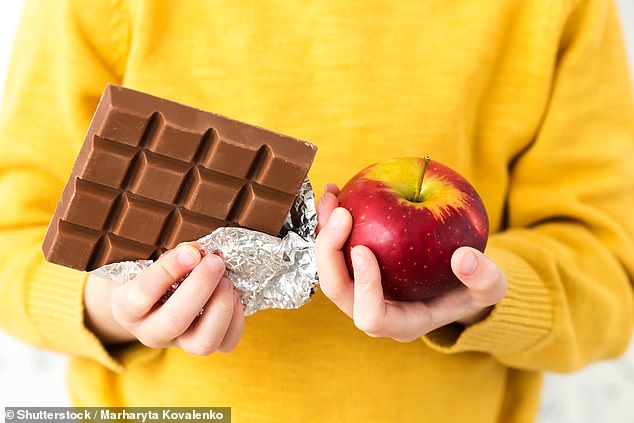 The SACN report and subsequent UK guideline of 30g relates to ‘free sugar’: any sugar added to a food or drink, as well as the sugar that is already in honey, syrup and fruit juice

Luci explains: ‘Many people eat too much sugar so could do with cutting down. But it is not necessary to avoid sugar entirely. The trend led to a lot of confusion, with people thinking the sugar in fruit, or even in root veg like swede and beetroot, should be avoided.’

Another myth is that ‘natural’ sweeteners such as honey, rice syrup and agave nectar are far healthier. But the idea that one type of sugar is healthier than the other is unscientific. Luci says: ‘We know that people with diets that are high in sweetened beverages and high-sugar cakes and sweets are more likely to have dental problems and be overweight – but there is no evidence that banning these entirely is a sustainable way to get healthier.’

The whole ‘sugar is toxic’ story was something I fixated on, years ago, before I knew the truth.

Cakes and biscuits were banned and I even avoided sweet potato, which I read was high in sugar.

Luci says: ‘Trying to quit all sugars means avoiding all fruit, many vegetables and dairy, and could lead to deficiencies in calcium and many other vital vitamins and minerals essential for bone, muscles and cell function.’

MYTH: I can get by without carbs

THE FACTS: Low-carbohydrate regimes have been popular since the dawn of diets. The first, possibly, came courtesy of an 18th Century book, written by a former undertaker, telling of his miraculous weight loss ascribed to the reduction of starchy foods. 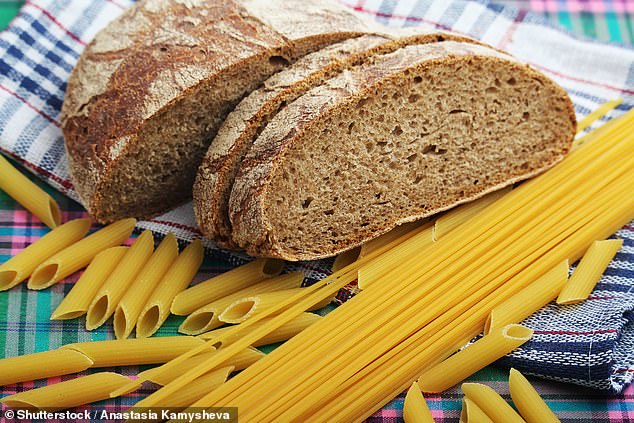 There is some scientific evidence that low-carb, low-calorie diets can help obese diabetics reverse their condition

More recently, there was The Atkins Diet of the 1970s, the subject of one of the bestselling diet books of all time, and the current celebrity fad, the ‘Keto’ diet, favoured by Kim Kardashian.

This involves reducing daily carb intake to 20g – about the same as two small slices of bread, or one banana – and upping meat and fat intake. This is said to switch the body into a fat-burning state of ketosis, meaning it is fuelled entirely on fat, rather than carbs.

There is some scientific evidence that low-carb, low-calorie diets can help obese diabetics reverse their condition, reducing the need for medication. But what about for the rest of us?

‘There’s no good evidence that avoiding carbohydrates helps maintain weight loss in the long term,’ says Luci, a former chairman of the British Dietetic Association. ‘Eventually your weight will plateau. Low-carb diets cause a loss of energy as well as being nutritionally inadequate. The brain alone needs 130g of carbohydrates a day to function. Plus the build-up of ketones makes your breath stink of nail varnish.’

And if you do manage to sustain a life without carbohydrates, you may die earlier than those who do eat them.

A recent study published in The Lancet Public Health journal, looking at the diets of more than 15,000 people, found carb-dodgers died four years earlier than those who ate plenty of pasta, rice and bread.

Carbohydrate-containing foods are usually also a source of fibre, which stabilises blood sugar levels and prevents bowel cancer and obesity, according to research, and also promotes healthy digestive function.

I can confirm this: for me, rekindling my love for pasta, rice and potatoes meant an end to years of painful constipation.

THE FACTS: Though the NHS recommends three portions of dairy products a day as part of a balanced diet, going ‘dairy-free’ has never been more popular.

Whether shunning it in a low-fat diet or due to a perceived intolerance, millions of Britons now avoid milk, cream, cheese and even butter. Supermarket shelves heave with dairy ‘alternatives’ made from soya, oat, rice, coconuts, almonds and other things. But does the real thing deserve its bad reputation? Saturated fat in dairy does increase cholesterol associated with heart disease, but the effect only applies to large amounts of saturated fat eaten over a lifetime. 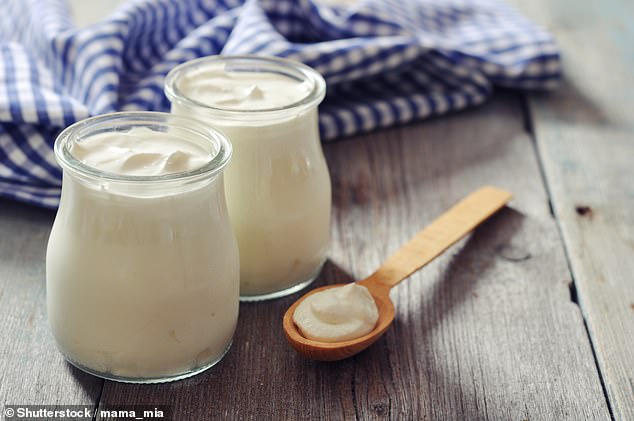 The scientific consensus is that the health benefits of eating dairy more than outweighs the risks.

A recent study published in The Lancet, involving more than 130,000 people, showed that eating three portions of dairy daily reduced the risk of premature death, cardiovascular disease and stroke.

Dairy contains a host of health-boosting properties such as amino acids (in protein), Vitamin K, calcium and magnesium. There’s some evidence that full-fat dairy products act as a natural probiotic, boosting immune function.

Calcium – abundant in dairy – is particularly important for the growth and maintenance of healthy bones. And then there’s the issue of Vitamin D, needed to absorb calcium into the bones. ‘The best sources include sunlight, fish, cheese and eggs,’ explains Luci.

All it took was a year of dairy-dodging for bone scans to reveal severe thinning of my bones. Thanks to copious full-fat milkshakes, my bones are now thick, fit and healthy.

MYTH: A vegan diet is the ideal for good health

THE FACTS: This month, a quarter of a million Britons signed up to Veganuary, a month without meat, dairy or eggs. And the number of full-time vegans in the UK has quadrupled over ten years.

But studies that show that a vegan diet is healthier may be misleading.

‘Vegans are often more health-focused, do more exercise and are middle class – all also associated with better health,’ says Luci. ‘It may not be the diet but co-existing factors that make them healthier.’ 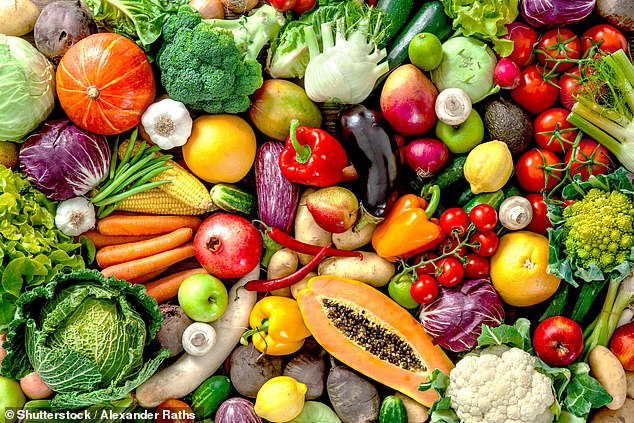 his month, a quarter of a million Britons signed up to Veganuary, a month without meat, dairy or eggs

Other studies show the benefits are dependent on the particulars of a vegan diet.

While those who eat wholegrains, fruits, vegetables, nuts, pulses and vegetable oils reduce their risk of heart disease, vegans consuming too many juices, sweetened drinks, refined grains, fried potatoes and desserts increased their risk by a third, according to a 2017 study of 73,000 people.

Nutrient deficiencies are also a concern. ‘It is very hard to have a healthy, balanced vegan diet,’ Luci warns. ‘It requires thought about adequate protein intake and supplements such as Vitamin B12 and iron. There is about 31g in a chicken breast, but only 18g in an entire bowl of chickpeas. We need 40g to 50g daily.’

My co-author Laura, in the grip of her own eating disorder, claimed to be vegan. It provided a convenient disguise for her refusal to eat.

‘Professionals are seeing lots of young people who start off vegan, but it soon spirals into a more restrictive eating pattern,’ says Luci.

As for the healthiest diet of all? Turns out it’s much simpler than you thought. Luci says: ‘Eat in moderation, eat more fruit and veg and drink more water. It’s not sexy, but it is a scientific fact.’