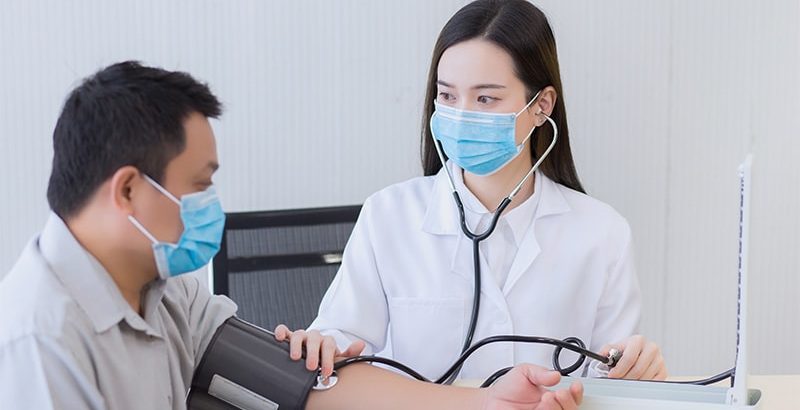 If 80% of individuals with hypertension were screened, 80% received treatment, and 80% then reached guideline-specified targets, up to 200 million cases of cardiovascular disease (CVD) and 130 million deaths could be averted by 2050, a modeling study suggests.

Achievement of the 80-80-80 target “could be one of the single most important global public health accomplishments of the coming decades,” according to the authors.

“We need to reprioritize hypertension care in our practices,” principal investigator David A. Watkins, MD, MPH, University of Washington, Seattle, told theheart.org | Medscape Cardiology. “Only about one in five persons with hypertension around the world has their blood pressure well controlled. Oftentimes, clinicians are focused on addressing patients’ other health needs, many of which can be pressing in the short term, and we forget to talk about blood pressure, which has more than earned its reputation as ‘the silent killer.'”

The modeling study was published online July 18 in Nature Medicine, with lead author Sarah J. Pickersgill, MPH, also from the University of Washington.

Watkins and colleagues based their analysis on two approaches to blood pressure (BP) control shown to be beneficial: drug treatment to a systolic BP of either 130 mm Hg or 140 mm Hg or less, depending on local guidelines, and dietary sodium reduction as recommended by the World Health Organization.

The team modeled the impacts of these interventions in 182 countries according to three scenarios:

The analysis suggests that in the progressive scenario, all countries could achieve 80-80-80 targets by 2050 and most countries by 2040; the aspirational scenario would have all countries meeting them by 2040. That would result in reductions in all-cause mortality of 4% to 7% (76 million to 130 million deaths averted) with progressive and aspirational interventions, respectively, compared with the control scenario.

There would also be a slower rise in expected CVD from population growth and aging (110 million to 200 million cases averted). That is, the probability of dying from any CVD cause between the ages of 30 and 80 years would be reduced by 16% in the progressive scenario and 26% in the aspirational scenario.

Of note, about 83% to 85% of the potential mortality reductions would result from scaling up hypertension treatment in the progressive and aspirational scenarios, respectively, with the remaining 15% to 17% coming from sodium reduction, the researchers state.

Further, they propose, scaling up BP interventions could reduce CVD inequalities across countries, with low-income and lower-middle-income countries likely experiencing the largest reductions in disease rates and mortality.

“Health systems in many low- and middle-income countries have not traditionally been set up to succeed in chronic disease management in primary care,” Watkins noted. For interventions to be successful, he said, “several barriers need to be addressed, including: low population awareness of chronic diseases like hypertension and diabetes, which leads to low rates of screening and treatment; high out-of-pocket cost and low availability of medicines for chronic diseases; and need for adherence support and provider incentives for improving quality of chronic disease care in primary care settings.”

“Based on the analysis, achieving the 80-80-80 seems feasible, though actually getting there may be much more complicated. I wonder whether countries have the resources to implement the needed policies,” Rodrigo M. Carrillo Larco, MD, researcher, Department of Epidemiology and Biostatistics, School of Public Health, Imperial College London, told theheart.org | Medscape Cardiology.

“It may be challenging, particularly after COVID-19, which revealed deficiencies in many healthcare systems, and care for hypertension may have been disturbed,” said Carrillo Larco, who is not connected with the analysis.

That said, simplified BP screening approaches could help maximize the number of people screened overall, potentially identifying those with hypertension and raising awareness, he proposed. His team’s recent study showed that such approaches vary from country to country, but generally are reliable and can be used effectively for population screening.

In addition, Carrillo Larco said, any efforts by clinicians to improve adherence and help patients achieve BP control “would also have positive effects at the population level.”

The study was supported by a grant from the Bill & Melinda Gates Foundation, with additional funding by a grant to Watkins from Resolve to Save Lives. No conflicts of interest were declared.