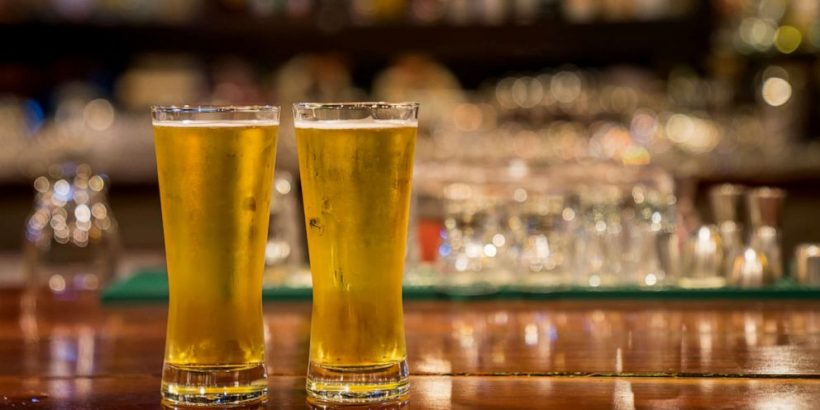 A vaccination card will be the ticket for a free brewski in the Garden State this month.

New Jersey Gov. Phil Murphy announced a “Shot and a Beer” program Monday that provides a free glass of beer at participating locations to anyone over 21 who gets their first vaccination dose this month. The plan is part of Murphy’s multipronged approach to increasing the state’s vaccination numbers and reach its goal of 4.7 million residents vaccinated by the end of June.

The program is one of many initiatives taken by city and state governments to get more people vaccinated, and according to a public health expert, they are effective.

“We need that push,” Dr. Perry N. Halkitis, dean of the Rutgers School of Public Health, told ABC News. “You have to find a way to motivate people. This is one way to do it.”

As of Monday, more than 7.5 million vaccine doses have been administered in New Jersey, and 3.2 million residents — about 37% of the state’s total population — have been fully vaccinated, according to New Jersey’s Health Department. Like most parts of the country, the number of new daily vaccinations has steadily declined over the last few weeks.

As part of the “Shot and a Beer” program, the vaccinated resident can show their vaccination card to 13 participating bars and breweries in the state, and they will be rewarded with one free beer. The bars include the Hackensack Brewing Company, Gaslight Brewery and Restaurant, Battle River Brewing and more.

Residents who received their first shot before May are not eligible, according to a spokesman for Murphy’s office.

“The focus of the drive is to get as many new vaccinations as possible,” Dan Bryan, a spokesperson for the governor’s office, told ABC News.

Halkitis said the fact that the governor’s office is focused on those who haven’t received their shots is critical.

“We’re at the point where those who were already motivated got their vaccinations. We’ve now got to focus on those others,” he said.

Bryan added that more locations may be added to the list of available bars in the coming weeks and that the program was done with the approval of the state Health Department. The U.S. Centers for Disease Control and Prevention has not given specific guidance on alcohol use immediately following a vaccine shot.

The state is also taking other measures to increase vaccination numbers, including door-to-door campaigns, phone calls to people who pre-registered for their shot but haven’t gone to their appointments and outreach with community partners.

New Jersey’s beer promotion comes less than a week after Connecticut Gov. Ned Lamont announced a similar promotion for his state. However, the Connecticut promotion doesn’t limit the free beers to residents who received shots in May.

Last week, West Virginia Gov. Jim Justice announced that younger residents will receive a $100 state bond if they get their shots.

Halkitis said incentives are common in scientce, particularly among clinical trials and studies, and they do appeal to hesitant people. While New Jersey’s beer program won’t likely end vaccine hesitancy, he said, it will help bring the state closer to a fully vaccinated population and cut down on COVID-19 cases.

“Any tool you put in your arsenal is a good tool. It may move the needle 2% or 3%, but it moves the needle,” he said.