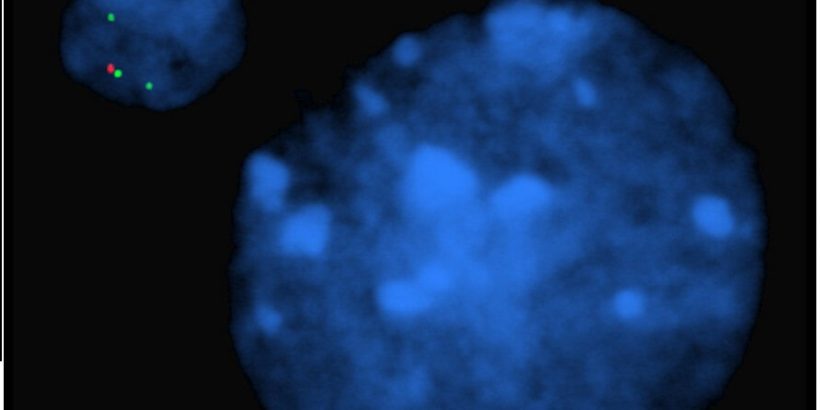 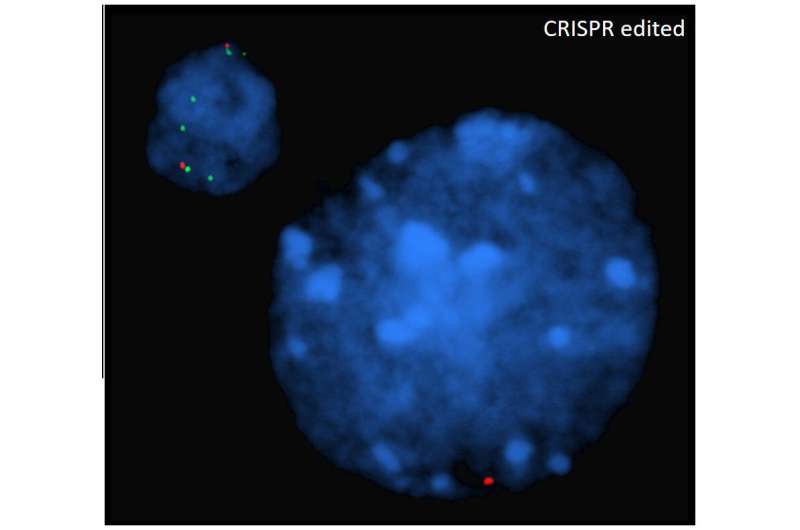 Sickle cell disease is an extremely debilitating condition that affects up to 40% of the population in African countries, with patients suffering episodes of excruciating pain, organ damage and reduced life expectancy. This disease is caused by a mutation in a gene that makes hemoglobin, the protein that carries oxygen in red blood cells, with the damaged hemoglobin distorting the shape of red blood cells, causing painful and potentially life-threatening blockages in blood vessels. However, scientists have realized that increasing the production of a healthy form of this protein (fetal hemoglobin, which is usually only produced when we are in the womb), could provide a revolutionary treatment for these patients.

In their current Disease Models & Mechanisms article, Mitchell Weiss and colleagues from St. Jude Children’s Research Hospital, Memphis, U.S., have investigated a promising new treatment that is being developed in Weiss’s lab, and works by editing genes to switch on the production of this healthy, fetal hemoglobin in adult red blood cells. When testing the treatment in mice, the researchers found that even though the lab mice had the symptoms of sickle cell disease, the fetal hemoglobin gene and surrounding DNA were not properly configured, making the revolutionary stem-cell treatment ineffective or even harmful in the animals, and raising concerns for future research testing new gene-based therapies in these laboratory mice.

Before a new treatment can be tested on people, scientists test it on laboratory animals, so Weiss and colleagues tried their new gene therapy in two types of mice that carry the symptoms of sickle cell disease: so-called “Berkeley” and “Townes” mice. First, they removed stem cells—cells in the bone marrow programmed to become red blood cells—from the mice, and used gene editing to modify part of the stem cells’ DNA to switch on the healthy fetal hemoglobin gene. The scientists then put these reprogrammed stem cells back into the mice and monitored the animals for 18 weeks to find out how the treatment affected them.

Surprisingly, 70% of the Berkeley mice died from the therapy, and it only activated production of the healing fetal hemoglobin gene in 3.1% of mouse stem cells. In contrast, the experimental treatment activated the fetal hemoglobin gene in 57% of red blood cells in the Townes mice and did not affect the animals’ survival. However, the levels of fetal hemoglobin produced in the red blood cells of Townes mice were 7 to 10 times lower than seen when this approach is used in human cells grown in the laboratory and not high enough to reduce clinical signs of sickle cell disease.

Weiss and colleagues then wanted to find out why this new treatment was not successful in the Berkeley mice, which have been used for decades to test treatments for sickle cell disease. Dr. Weiss says, “We realized that we did not know enough about the genetic configurations of these mice.” Therefore, the team sequenced the hemoglobin genes and surrounding DNA of the Berkeley mice and discovered that instead of having a single copy of the mutated human gene, the mice had 22 randomly arranged, broken-up copies of the mutated human sickle cell disease gene and 27 copies of the human fetal hemoglobin that the team had hoped to activate to cure the mice of the disease. This complex genetic make-up caused the fatal effects when the scientists tested the gene therapy in the Berkeley mice, as editing multiple copies of a gene can damage the DNA. This means that researchers cannot use these mice to test and optimize this gene-editing treatment.

In contrast, the Townes mice only had single copies of the mutated human hemoglobin gene and the gene that makes human fetal hemoglobin. However, these mice likely lacked crucial pieces of DNA that normally regulate the production of the fetal hemoglobin gene in humans. Therefore, they couldn’t produce enough of this healthy protein to alleviate the mouse symptoms.