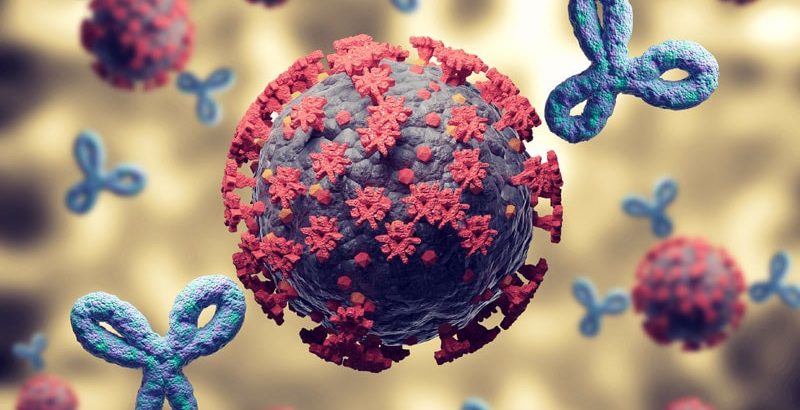 It’s a matter of quality, not quantity. That’s the gist of a new Israeli study that shows that unvaccinated people with a prior SARS-CoV-2 infection create antibodies that are more effective in the long run compared with others who were vaccinated but never infected.

“While the quantity of antibodies decreases with time in both COVID-19 recovered patients and vaccinated individuals, the quality of antibodies performance increases following infection but not after vaccination,” lead author Carmit Cohen, PhD, told Medscape Medical News.

This difference could explain why previously infected patients appear to be better protected against a new infection than those who have only been vaccinated, according to a news release attached to the research.

One key caveat: This research does not include people from the later part of the pandemic.

This means there is a catch in terms of timing, William Schaffner, MD, Vanderbilt University School of Medicine, Nashville, Tennessee, said when asked to comment on the study: “The study involved only the early COVID strains — it has no information on either the Delta or Omicron variants. Thus, the results primarily are of scientific or historical interest, but are not immediately relevant to the current situation.”

The findings come from an early release of a study to be presented at the European Congress of Clinical Microbiology & Infectious Diseases (ECCMID 2022) in April.

An unexpected finding of the study showed that obese people had better protection — a higher and more sustained immune response — compared with overweight and normal-weight individuals.

“The results in the obese group were indeed unexpected and need further research to confirm or dispute,” Schaffner said. “Obesity does predispose to more severe disease.”

A Focus on Earlier Strains

Cohen — a senior research assistant in infectious disease prevention at the Sheba Medical Center in Ramat Gan, Israel — and her colleagues recruited participants between March 25, 2020, and November 25, 2020, and completed analysis in April 2021. This means they assessed people with a history of infection from the original, the Alpha, and some Beta strains of SARS-CoV-2.

Cohen indicated that the next phase of their research will examine innate and acquired immune responses to the more recent Delta and Omicron variants.

The investigators analyzed the antibody-induced immune response up to 1 year in 130 COVID-19 recovered but unvaccinated individuals versus up to 8 months among 402 others matched by age and body mass index (BMI) and without previous infection who received two doses of the Pfizer vaccine.

The numbers of antibodies a month after vaccination were higher than those in the COVID-19 recovered patients. However, these numbers also declined more steeply in the vaccinated group, they note.

To assess the antibody performance, the investigators used the avidity index. This assay measures antibody function based on the strength of the interactions between the antibody and the viral antigen.

They found that the avidity index was higher in vaccinated individuals than in recovered patients initially but changes over time. At up to 6 months, the index did not significantly change in vaccinated individuals, whereas it gradually increased in recovered patients. This increase would potentially protect them from reinfection, the authors note.

These findings stand in stark contrast to an October 29, 2021, Centers for Disease Control and Prevention study that found that COVID-19 vaccines provided five times the protection of natural immunity.

Those results, published in the organization’s Morbidity and Mortality Weekly Report, suggest that vaccination helps people mount a higher, stronger, and more consistent level of immunity against COVID-19 hospitalization than infection alone for at least 6 months.

Another finding that ran against the scientific grain was the data about obesity.

There was a higher and more persistent antibody performance among people with a BMI of 30 kg/m2.

This could relate to greater disease severity and/or a more pronounced initial response to infection among the obese group.

“Our hypothesis is that patients with obesity begin with a more pronounced response — reflected also by the disease manifestation — and the  trend of decline is similar, therefore the kinetics of immune response remain higher throughout the study,” Cohen said.

“The results in the obese group were indeed unexpected and need further research to confirm or dispute,” said Schaffner, who is also the current medical director of the National Foundation for Infectious Diseases. “Obesity does predispose to more severe disease.”

Along with using participants from only the earlier part of the pandemic, another limitation of the study was that the vaccinated group had only two doses of vaccine; boosters were not given during the time of the study, Schaffner said.

“Again, not the current situation.”

“That said, the strength and duration of natural immunity provided by the early variants was solid for up to a year, confirming previous reports,” he said.

Based on early release of a study to be presented at the European Congress of Clinical Microbiology & Infectious Diseases (ECCMID 2022) in April.

Damian McNamara is a staff journalist based in Miami. He covers a wide range of medical specialties, including infectious diseases, gastroenterology, and critical care. Follow Damian on Twitter: @MedReporter.