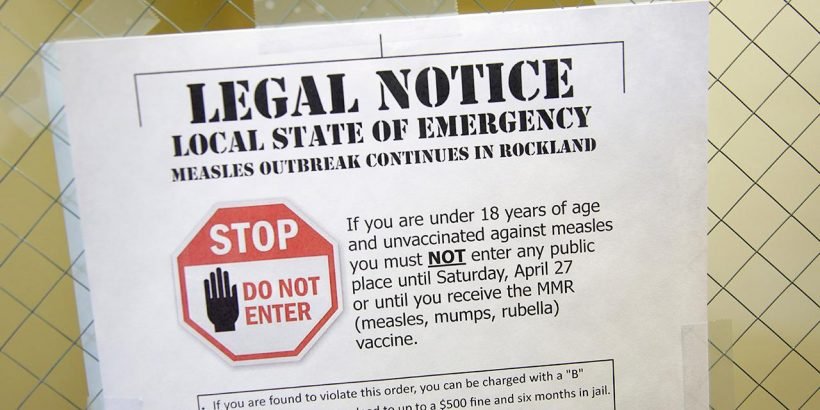 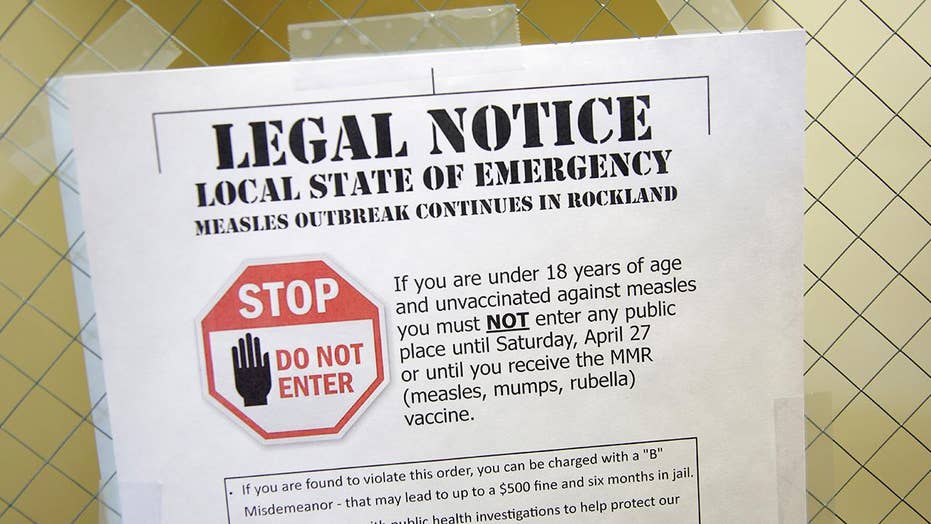 Is the anti-vaccination movement to blame for the near-record number of measles cases?

The parents claimed last week’s orders violated their “children’s religious exemptions” to vaccinations and their constitutional rights to due process. They also said forcing vaccinations would put their kids at risk to harm.

“The emergency orders grossly understate the risk of harm to children, adults and the general public from the MMR vaccine, while at the same time overstating the benefits,” the lawsuit claimed, calling on the New York Supreme Court to issue a temporary restraining order to stop the Health Department.

According to the Centers for Disease Control and Prevention, the MMR vaccine is 97 percent effective in protecting people against the measles, a highly contagious disease. “Getting MMR vaccine is much safer than getting measles, mumps or rubella,” the CDC said.

Characterizing the Health Department’s mandatory vaccination orders as “unnecessary and disproportionate,” the parents claimed the city was overblowing the seriousness of the outbreak.

“There were far fewer active cases of measles than 250,” the lawsuit said. “The number of active cases is insufficient to constitute an epidemic and does not justify the emergency orders.”

The number of measles cases in New York City rose to 329 on Monday and the city expected that number to grow for the next 3-5 weeks. It’s the city’s largest measles outbreak since 1991. The outbreak has spread primarily throughout the Orthodox Jewish Community, where vaccination rates tend to be lower and anti-vaccination literature has spread.

Last week, NYC Health Commissioner Dr. Oxiris Barbot issued an order mandating vaccinations in four zip codes in Williamsburg, Brooklyn, where health officials have been unable to curtail an outbreak of measles since it started in October. Violators of the order could be fined $1,000. The commissioner also ordered all yeshivas, Jewish religious schools and day-care centers to exclude unvaccinated children from attending.

“We feel very confident about our legal position,” said de Blasio, as The New York Post reported. “When I announced it last Tuesday, I said that… this is something the [city] Law Department feels very strongly about and that everything that’s been done here is fully within our legal rights.”

Two weeks ago a state Supreme Court judge halted an emergency order in Rockland County that barred unvaccinated children against the measles from schools and all public areas, saying the 166 cases cited by the county did not rise to the level of an epidemic or constitute a disaster.

The U.S. is in the midst of its second-worst measles outbreak since the disease was declared eliminated in 2000 due in large part to the MMR vaccine. Health officials have since said the recent uptick in nationwide measles outbreaks was due to misinformation spread from the anti-vaccination movement.

“Vaccines is the critical path to ending this epidemic,” said New York City’s Deputy Mayor of Health and Human Services Dr. Herminia Palacio on Monday. “We are in an emergency situation.”