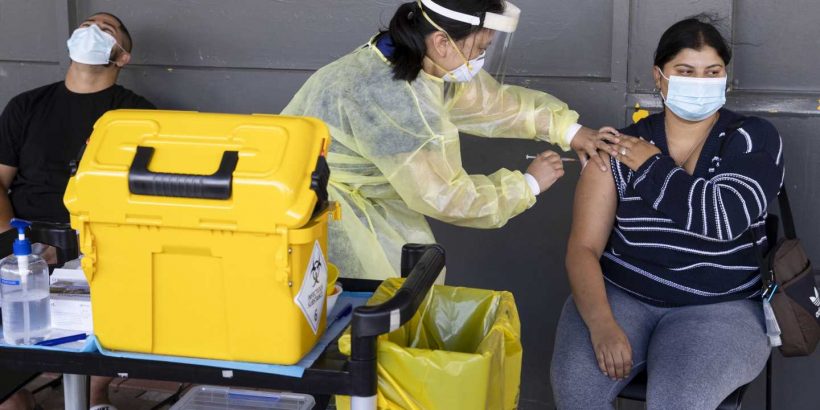 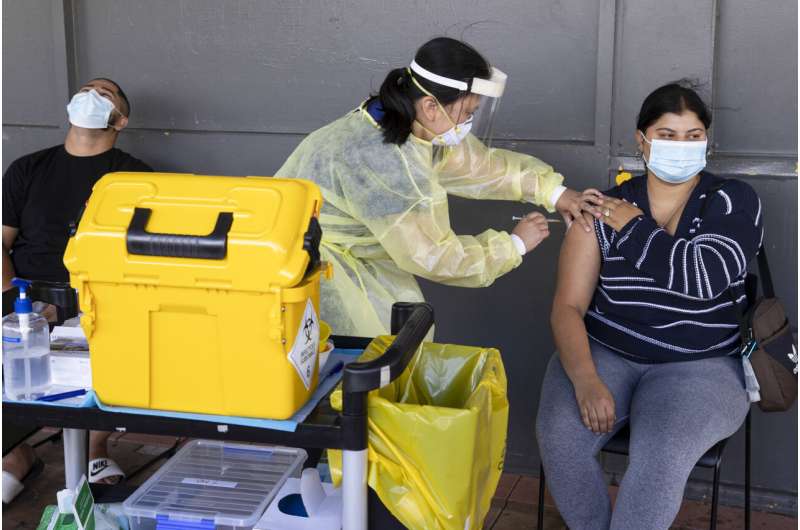 New Zealand will remove many of its COVID-19 pandemic mandates over the next two weeks as an outbreak of the omicron variant begins to wane.

Prime Minister Jacinda Ardern said Wednesday that people will no longer need to be vaccinated to visit places like retail stores, restaurants and bars from April 4. Gone, too, will be a requirement to scan QR barcodes at those venues.

A vaccine mandate will be scrapped for some workers—including teachers, police officers and waiters—though it will continue for health care and aged-care workers, border workers and corrections officers.

Also gone from Friday is a limit on outdoor crowds of 100. That will allow some concerts and big sporting events like marathons to resume. An indoor limit of 100 people will be raised to 200 people, and could later be removed altogether.

Remaining in place is a requirement that people wear masks in many enclosed spaces, including in stores, on public transport and, for children aged 8 and over, in school classrooms.

Ardern said the government’s actions over the past two years to limit the spread of the coronavirus had saved thousands of lives and helped the economy.

“But while we’ve been successful, it’s also been bloody hard,” Ardern said.

“Everyone has had to give up something to make this work, and some more than others,” she said.

The changes mean that many restrictions will be removed before tourists start arriving back in New Zealand.

Earlier this month, the government announced that Australian tourists would be welcomed back from April 12 and tourists from many other countries, including the U.S., Canada, and Britain, from May 1.

International tourism used to account for about 20% of New Zealand’s foreign income and more than 5% of GDP but evaporated after the South Pacific nation imposed some of the world’s strictest border controls after the pandemic began.

New Zealand continues to see some of its highest rates of coronavirus infections and hospitalizations since the pandemic began, with an average 17,000 new infections being reported each day.

But Ardern said modeling shows that the biggest city of Auckland is already significantly past the peak of its omicron outbreak and the rest of the country will soon follow.