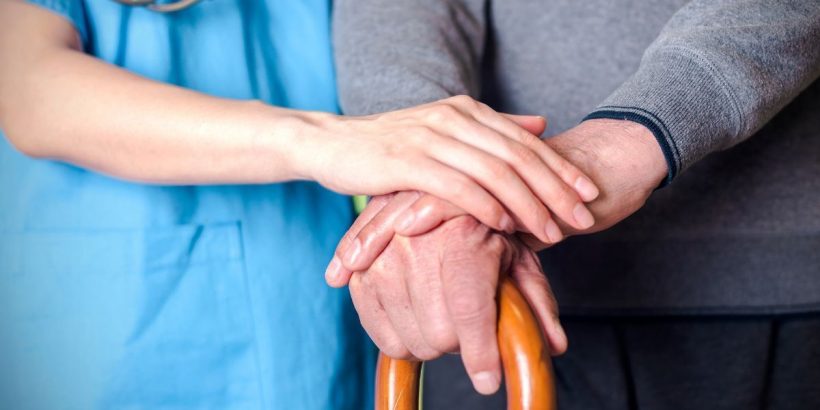 The turnaround since a national review launched by orthopaedic surgeons in 2012 is likely to have saved the NHS hundreds of millions of pounds.

A study of the changes confirmed two less effective treatments – uncemented hip implants and knee arthroscopy – were not as common now.

Author Dr Helen Barratt, an expert in public health medicine at UCL, said: “There have been a number of improvements in care for NHS patients undergoing hip and knee replacement surgery in England over the past 10 years.

“Hospitals are now more likely to use procedures that reflect the best research evidence.

“For example, older patients undergoing hip replacement surgery are more likely to receive an implant which is secured to healthy bone using bone ‘cement’ – an approach which means the implant is less likely to wear out during their lifetime.”

Uncemented implants are made from material with a rough surface, allowing bone to grow onto the implant and hold it in place.

A 2012 report led by surgeon Professor Tim Briggs recommended their use should be reduced in favour of cemented implants which are less likely to need revision.

He launched the Getting It Right First Time (GIRFT) programme for orthopaedics. Other measures included reducing use of a type of keyhole surgery called knee arthroscopy.

The UCL-led team analysed data from 700,000 patients who underwent hip or knee surgery at 126 NHS trusts between April 2009 and March 2018. They also interviewed over 50 NHS staff.

The study, published in BMJ Open, found substantial improvements when comparing the periods 2009-12 and 2015-18.

There was a 29 per cent drop in the number of uncemented hip implants for over 65s. And use of knee arthroscopy prior to knee replacements fell by 58 per cent.

Patients’ average levels of function and quality of life six months after surgery improved. And the typical length of hospital stay reduced by around a day.

Researchers could not say exactly how much GIRFT had caused the changes or to assess the economic impact.

But the NHS estimates it has cut the number of days orthopaedic patients spend in hospital by a third for hip and knee replacements and 11 per cent for neck fractures.

This equates to 276,000 fewer bed days per year, likely saving hundreds of millions of pounds over the last decade.

GIRFT has been expanded across more than 40 medical specialities and Prof Briggs was recently appointed NHS clinical lead for the elective backlog recovery.

He said: “The UCL study highlights GIRFT’s contribution to improving clinical practice in orthopaedics and we welcome its key findings of improved outcomes for patients undergoing hip and knee procedures over the past ten years.

“We continue to support clinicians and managers in using GIRFT’s data methodology across more than 40 specialties to deliver real change and ensure that we provide the best quality of treatment and care in the NHS.”

She said: “It’s great to see these huge improvements. Orthopaedic surgeons, managers and trusts have worked very hard over the last 10 years to improve surgical care so that it is now high quality, evidence-based and consistent across the country.”

The improvements are vital for arthritis sufferers who want to know their operation will relieve pain and restore function for many years, Dr Holden said.

She added: “GIRFT has also saved the NHS hundreds of millions of pounds and improved the efficiency of operating lists.

“Once the Covid surgical backlog has been cleared, patients with arthritis can expect much shorter waiting times and fewer cancelled procedures.”

Meanwhile, a report suggests pandemic disruption to NHS operations in 2020 was worse than for any other European health system for which data was available.

The Organisation for Economic Co-operation and Development’s state of health report showed hip replacements in the UK dropped by 46 per cent, knee replacements by 68 per cent and cataract surgery by 47 per cent, compared with 2019.

The averages across European Union nations were 14, 24 and 23 per cent, respectively.

The UK also ranked second worst for the drop in cancer surgery with a fall of 26 per cent.

Arthritis in my hips left me feeling like a wobby table, says patient

She has suffered with arthritis for 15 years which caused structural problems in her hips, making her “feel like a wobbly table”.

Lucy, 53, was eventually treated at a local private hospital, paid for by the NHS as part of a drive to clear the Covid backlog.

Her surgery in November 2021 went well but her recovery process was complicated.

After her hip dislocated last December, she spent three hours on the floor waiting for paramedics and then three nights in hospital.

Lucy said: “I’m now back on crutches and spent long days in the NHS hospital. The care by doctors, nurses, physios, occupational therapists are brilliant.

“I do feel that St Richards Hospital in West Sussex is deserving of its outstanding rating.

“I’ve been referred back to the falls team to get specific help for my joints and help to deal with the falls.”

Lucy said her quality of life had improved since the hip replacement. She has been able to come off very strong painkillers and no longer needs stools around the house to rest on.

She added: “Arthritis doesn’t get the attention it deserves, as many people see it as something that’s not life-threatening and therefore not as urgent as other illnesses.

“But the truth is, it’s life-debilitating. I am in constant pain because of my arthritis. The NHS is so stretched these days, and there are just so many people in pain.”