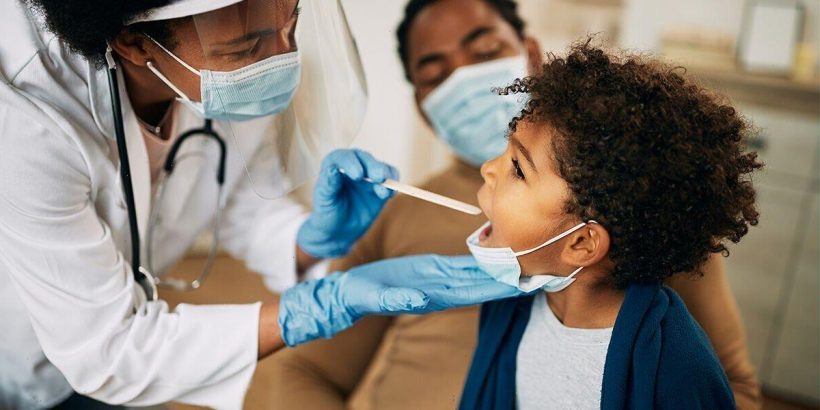 What is Strep A infection?

Infections from Strep A are usually mild and treatable. However, in some cases they can be more serious and could require hospital care. And, as reported, 16 children have died of Strep A infection in the UK this year.

With cases higher than usual at the moment it is important to recognise the symptoms as soon as possible.

One such symptom is odynophagia – or pain when swallowing.

This is because Strep A is a bacteria most commonly found in the throat.

It is a fairly common bacterium and many people will carry it without realising.

But if it spreads to people who may have an increased chance of becoming ill from the infection, such as children, it can be cause for alarm.

It can also lead to various infections such as scarlet fever, tonsillitis and impetigo.

The Mayo Clinic explains: “Strep throat (an infection caused by Strep A) is a bacterial infection that can make your throat feel sore and scratchy.

“Strep throat accounts for only a small portion of sore throats.

“Strep throat is most common in children, but it affects people of all ages.

“If you or your child has signs or symptoms of strep throat, see your doctor for prompt testing and treatment.”

According to the clinic, symptoms can include:

However, it adds: “It’s possible for you or your child to have many of these signs and symptoms but not have strep throat.

“The cause of these signs and symptoms could be a viral infection or some other illness.

“That’s why your doctor generally tests specifically for strep throat.

“It’s also possible for you to be exposed to a person who carries strep but shows no symptoms.”

How to prevent infection

Infections from Strep A are spread by close contact with an infected person, including coughs and sneezes.

To reduce the chance of catching or spreading an infection the NHS recommends:

Most cases of Strep A can be treated at home with antibiotics.

However, more serious infections – such as invasive group A strep and iGAS – need to be treated in hospital.