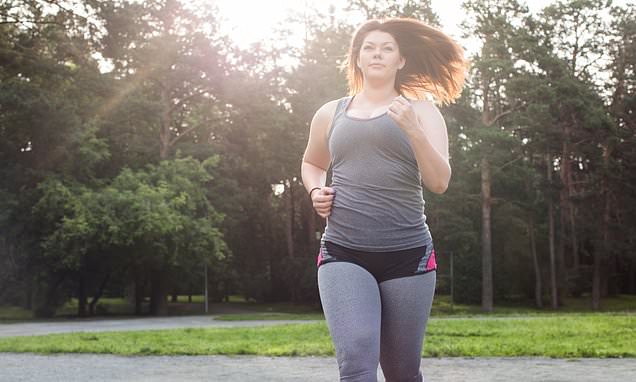 Junk food and a lack of exercise have been blamed for people in their twenties suffering from non-alcoholic fatty liver disease.

A study of more than 4,000 young adults found more than 20 per cent are walking around with dangerous levels of fat in their liver.

This gives them twice the risk of suffering a cardiac event such as a heart attack, and in extreme cases can lead to liver cancer or the need for a liver transplant.

Non-alcoholic fatty liver disease most often affects people over the age of 50 and young people are not routinely scanned to look for fat in their liver. 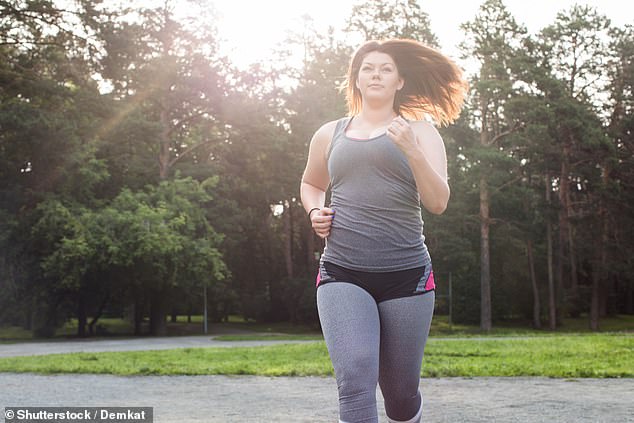 A study of more than 4,000 young adults in the UK found more than 20 per cent are walking around with dangerous levels of fat in their liver. File image used

But the latest findings suggest the condition may be affecting people much younger than experts realised.

Dr Kushala Abeysekera, who performed the analysis from the University of Bristol, said: ‘These results are a manifestation of the obesity crisis in the UK and while the majority of people will not see the disease progress, a small proportion are at greater risk of advanced liver disease.

WHAT IS NON-ALCOHOLIC FATTY LIVER DISEASE?

Despite its name, non-alcoholic fatty liver disease isn’t solely caused by eating too much fat.

Instead, it is fed by over-eating in general, with some of the excess calories being stored as fat in the liver.

Doctors say that up to a third of Britons have non-alcoholic fatty liver disease, in which the liver becomes clogged with fat.

It is often referred to as ‘human foie gras’, as it occurs in much the same way as a goose liver is fattened for foie gras production.

‘The implications are that we may start seeing people with advanced fatty liver disease presenting earlier in their forties, rather than as is usual in their fifties and sixties.

‘It shows the importance of the NHS providing advice on diet and exercise to young people.’

The main reason that people develop liver cirrhosis in the UK is alcoholic-related liver disease, which is caused by excessive drinking.

But being overweight, or having type 2 diabetes, can lead to the same dangerous build-up of fat in the liver, called non-alcoholic fatty liver disease (NAFLD).

Researchers recruited 4,021 young adults aged 22 to 26 and scanned their livers for signs of the hidden condition.

Not only did 20.8 per cent have NAFLD, but one in 40 already showed signs of scarring in their liver, and almost everyone diagnosed was overweight or obese.

A previous study, in the same group of people as teenagers, found 2.5 per cent suffered from non-alcoholic fatty liver disease at the age of 18. The new findings were presented at the annual International Liver Congress in Vienna.

Prof Philip Newsome, vice secretary of the European Association for the Study of the Liver, called for ‘swift changes in public policy’ to ‘defuse the ticking time-bomb of obesity.’

WHY IS NASH THE CENTRE OF ATTENTION FOR DRUG FIRMS?

Drug giants are trying to jump on the global rise of a silent killer dubbed ‘human foie gras’ that could make them billions.

The disease, formally known as non-alcoholic steatohepatitis (NASH), is caused by a build-up of fat in the liver due to expanding waistlines.

Pharmaceutical companies began ramping up their response to the preventable condition that is driven by bulging stomachs two years ago.

But figures last June suggested NASH is a potential goldmine that could be worth more than £17 billion ($22 billion) by 2026 if the obesity crisis continues.

Currently no approved treatments exist to stop those with fatty diets from falling victim, but a huge new market is tempting drug firms in.

With intense competition and pricing pressure eroding sales of medicines for many conditions, drug firms see NASH as an enormous new market.

Experts believe the market will grow by 45 per cent each year – mainly in the US, Europe and Japan – with the eventual rollout of drugs.