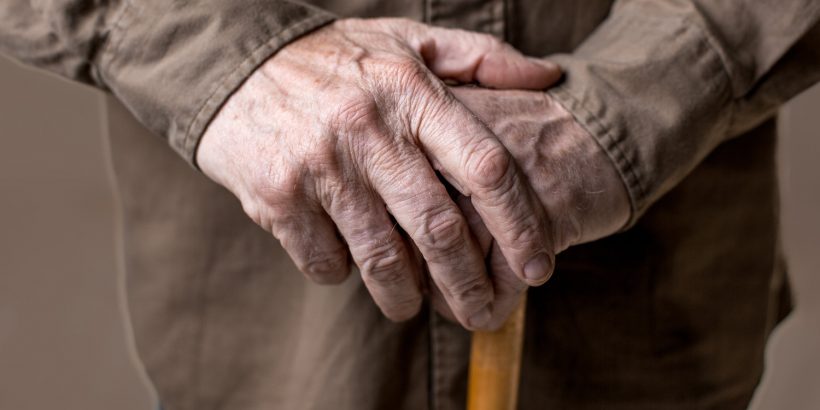 Parkinson's disease is a neurodegenerative disease that primarily affects the part of the brain responsible for normal movement. People with the disease have a deficiency of dopamine, a brain chemical that helps control movement, according to Dr. Danny Bega, a neurologist at Northwestern University Feinberg School of Medicine in Chicago.

In Parkinson's, nerve cells in the substantia nigra, an area of the brain that produces dopamine, become impaired or die off. This results in the loss of dopamine-producing nerve cells in the brain and leads to symptoms such as tremors, slowed movements and muscle stiffness.

About 60,000 Americans are diagnosed with Parkinson's disease each year, according to the Parkinson's Foundation.

Parkinson's disease may cause the following motor symptoms, or those that generally affect a person's movement:

Symptoms typically develop slowly over time, making them hard to detect in the early stages of the disease. In addition, the progression of symptoms and their intensity can vary from one person to another.

Parkinson's causes more than motor problems; there can also be nonmotor symptoms that are unrelated to movement, Bega said. These symptoms can affect a person's quality of life and everyday function, and they may include:

The cause of Parkinson's disease is not yet known, according to the Mayo Clinic. But researchers suspect that PD is caused by a combination of genetic and environmental factors.

Parkinson's is a disease of aging, and getting older is the most common risk factor for it, Bega told Live Science. PD is more likely to develop in people around age 60, and the risk increases with every decade after 60, he noted.

The disorder can also be diagnosed in younger people, but it's rare. Only 5 to 10 percent of people have "early-onset" disease, meaning people are diagnosed before age 50.

Besides age, other risk factors for Parkinson's disease include:

There is no specific test, such as a blood test or MRI, that can be used to diagnose Parkinson's. Instead, the diagnosis is based on a constellation of findings from a thorough examination, Bega said.

For example, diagnosis may partially come from identifying symptoms during a physical exam, such as stiffness and slow movement, he said. Doctors may also perform a thorough neurological exam, which can help exclude other disorders that may cause symptoms. For example, a stroke may trigger balance problems, or a tremor could be a side effect of taking certain medications.

Parkinson's is a gradually progressive disease, so a physician must also assess whether symptoms seem to worsen over time, Bega said. Because this disease can be tricky to diagnose, it's best for patients to work with a neurologist or movement-disorder specialist who sees these problems daily, Bega said.

Many medications are available to treat the symptoms of Parkinson's disease, but none of them can slow the disease's progression, Bega said.

Levodopa, a dopamine-promoter drug, in combination with the drug carbidopa, is the most commonly prescribed treatment for controlling Parkinson's motor symptoms. Carbidopa helps prevent nausea and vomiting associated with taking levodopa by itself.

Although it's an effective medication for Parkinson's, levodopa's benefits may wax and wane, with the drug unexpectedly stopping and starting working the longer a person takes it. In addition, levodopa may produce undesirable side effects, such as nausea, dizziness and a disorder of uncontrolled jerky movements known as dyskinesia.

Some people with Parkinson's may be concerned about starting treatment with levodopa too early in the disease's progression or fear the potential side effects. But those fears may be overblown, and the treatment's benefits far outweigh its risks, Bega said.

Studies have suggested that being physically active may slow the progression of Parkinson's symptoms. Bega said he encourages regular exercise — stationary biking, swimming, strength training or doing tai chi — to improve mobility, balance and mood for people with the disease.

Deep brain stimulation may also provide symptom relief. In this surgical procedure, electrodes are implanted in the brain to reduce the movement-related symptoms of Parkinson's.

These clumps of protein in the brain are the pathological hallmark for Parkinson's and may be one reason the brain is not working properly in those with the condition, Bega said. If researchers can prevent the protein from clumping into Lewy bodies, by either clearing them out or stopping their spread within brain cells, then that may lead to a method of stopping the disease's progression, said the Michael J. Fox Foundation for Parkinson's Research.

This article is for informational purposes only, and is not meant to offer medical advice.