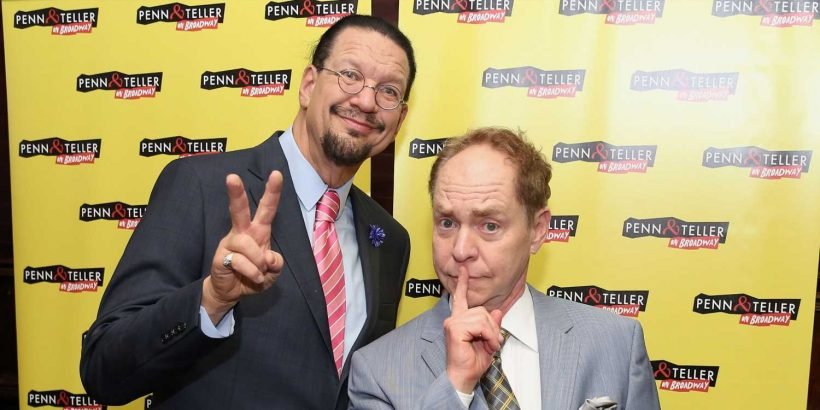 A magician never usually reveals his secrets, but Penn Jillette is making an exception just this once. Jillette, best known as one half of stage magic duo Penn & Teller, lost an incredible 105 pounds in 2016. He credits his weight loss with going vegan and cutting out processed foods, but most of all, an extreme form of intermittent fasting.

“I went for a radical change in diet,” Jillette recently told the LA Times. “Whole-food plant-based, hard-core vegan, vegetables, no processed food, no sugar. And I limited my eating to just an hour a day, so I’m always fasting 23 hours.”

Jillette says he is proud of the way he lost the weight, and that if anything, the difficulty only helped to spur him on: “I don’t respect moderation. In my whole life, I always thought, the easy way is not fun. So the way I lost weight made me proud. Because it was hardcore.” He also revealed that he didn’t exercise much while he was losing the weight, and that he actually exercises less now than he did before he lost the weight. “Now I do what everyone does — the elliptical and weights,” he said. “But I actually exercise less than I did before, because it’s more effective.“

However, he acknowledges that such a radical approach to weight loss might not be for everybody. “My first tip is this: ‘If you take health advice from a Las Vegas magician, you are an idiot.’ That said, my advice is … make it hard. Easy is your enemy. Don’t believe those articles that say, ‘Just cut your portions down by 20%,’ ‘Skip dessert’ or ‘Cut out sodas.’ Yeah, that seems logical. But it doesn’t work for me — I want to lose a pound a day… So do it the hard way. Go all the way.”