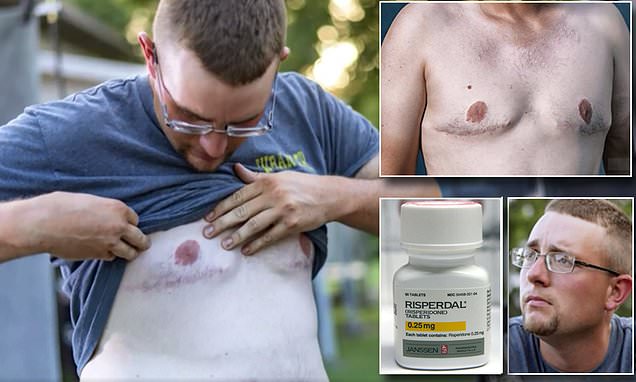 ‘I had bigger boobs than the girls in high school’: Bipolar man who started growing breasts when took Risperdal at age 13 and sued Johnson & Johnson over the drug’s marketing reveals he was forced to have reduction surgery and ‘felt like an experiment’

A man who claims he grew breasts after taking the antipsychotic drug Risperdal says he had bigger boobs than girls in school and even considered a training bra.

Eddie Bible from Oklahoma sued Johnson & Johnson after he was prescribed the medication as a boy and developed side effects that weren’t advertised by the drug makers.

Bible, now 26, said he was prescribed Risperdal to treat anxiety and bipolar disorder at 13, but claims he might have thought twice about taking the drug if he’d known he could wind up with breasts as a result.

Johnson & Johnson did not list the rare condition, known as gynecomastia, as one of Risperdal’s potential side effects before pulling the controversy-laden drug from the market in 2014.

Bible was one of scores of thousands of men who filed lawsuits over Risperdal, as was Nicholas Murray, who was awarded $8 billion by a Pennsylvania jury on Tuesday.

A year-and-a-half after starting the drug, ‘I had bigger boobs than the girls in (high) school,’ Bible told CNN in 2016. 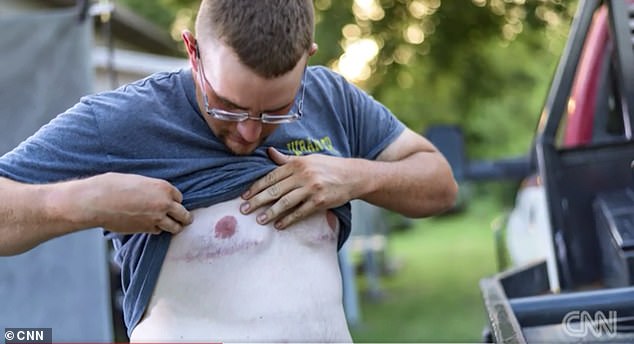 After a year-and-a-half on Risperadal, Eddie Bible, now 26, of Oklahoma, says he grew breasts. He is one of thousands of men in the US to sue Johnson & Johnson for not warning them about the possible side effect, including one who won $8 billion from the company Tuesday

The status of Bible’s suit is unclear.

The Philadelphia Court of Common Pleas jury’s verdict in favor of Nicholas Murray Tuesday came in the first case in which a Pennsylvania jury had been able to consider awarding punitive damages in one of thousands of Risperdal cases pending in the state.

‘This jury, as have other juries in other litigations, once again imposed punitive damages on a corporation that valued profits over safety and profits over patients,’ Murray’s lawyers, Tom Kline and Jason Itkin, said in a joint statement. ‘Johnson &Johnson and (subsidiary) Janssen chose billions over children.’

J&J said the award was ‘grossly disproportionate with the initial compensatory award in this case, and the company is confident it will be overturned.’ It added that the jury in the case had not been allowed to hear evidence of Risperdal’s benefits. 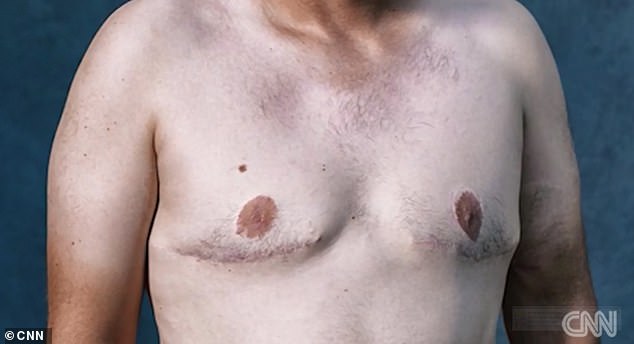 Bible (pictured) has since had the excess tissue removed but says he was teased relentlessly for his condition, called gynecomastia, after starting Risperdal at age 13 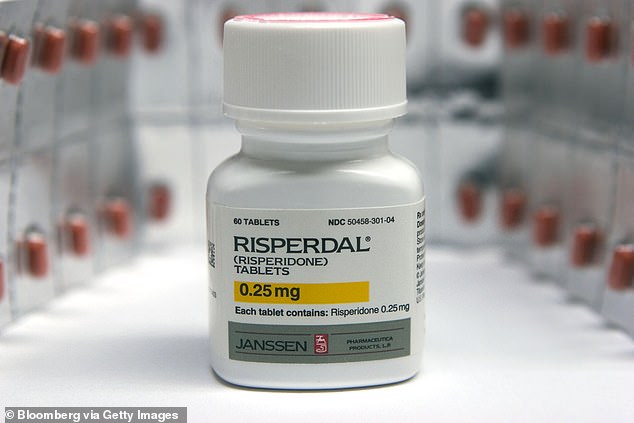 The lawsuit is one of thousands claiming that the antipsychotic drug Risperdal causes young men to grow breasts, and that drugmaker Johnson & Johnson failed to properly warn them

Professor Carl Tobias of the University of Richmond School of Law said he expects the punitive damages to be lowered on appeal, citing a U.S. Supreme Court decision which found that ‘few awards exceeding a single-digit ratio between punitive and compensatory damages, to a significant degree, will satisfy due process.’

Tobias said the verdict was about sending a message.

‘A jury, if it’s outrageous enough conduct, will award a big number and let the lawyers and judges work it out,’ he said.

Tobias added that the verdict could be a sign that J&J will face more large damages awards in other Risperdal cases.

‘The kind of evidence in this trial may persuade another jury or judge to do something similar,’ he said.

Murray, like other male plaintiffs in the mass tort litigation over Risperdal, alleges that he developed breasts after being prescribed the medicine when he was a minor.

The U.S. Food and Drug Administration approved the drug in late 1993 for treating schizophrenia and episodes of bipolar mania in adults. 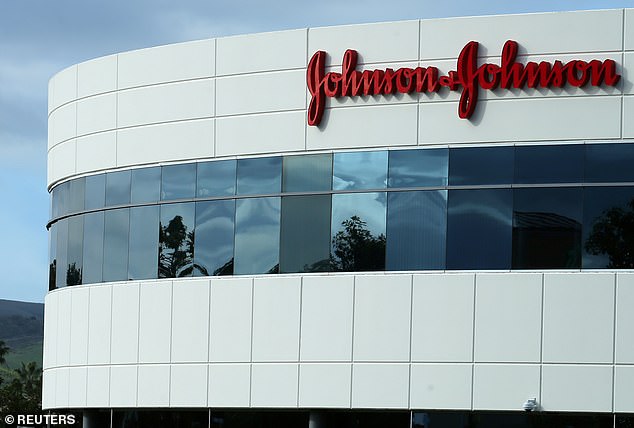 A Johnson & Johnson building is shown in Irvine, California in a file photo

Plaintiffs claim that J&J failed to warn of the risk of gynecomastia, the development of enlarged breasts in males, associated with Risperdal, which they say the company marketed for unapproved uses with children.

In his lawsuit, Murray, now 26, alleged that he developed breasts after his doctors began prescribing him Risperdal off-label in 2003 after a psychologist diagnosed him with autism spectrum disorder.

Doctors are allowed to prescribe medicines as they see fit, while companies are only allowed to promote their drugs for approved uses.

A jury in 2015 awarded Murray $1.75 million after finding J&amp;J was negligent in failing to warn of the risk of gynecomastia.

Plaintiffs in the mass tort litigation had been barred from seeking punitive damages since 2014, when a state court judge ruled that the law of New Jersey, which prohibits punitive damages and is J&J’s home state, should be applied globally to the cases.

But a Pennsylvania Superior Court ruling in 2018 cleared the way for punitive damages awards, holding that the law of each plaintiff’s state should instead apply.